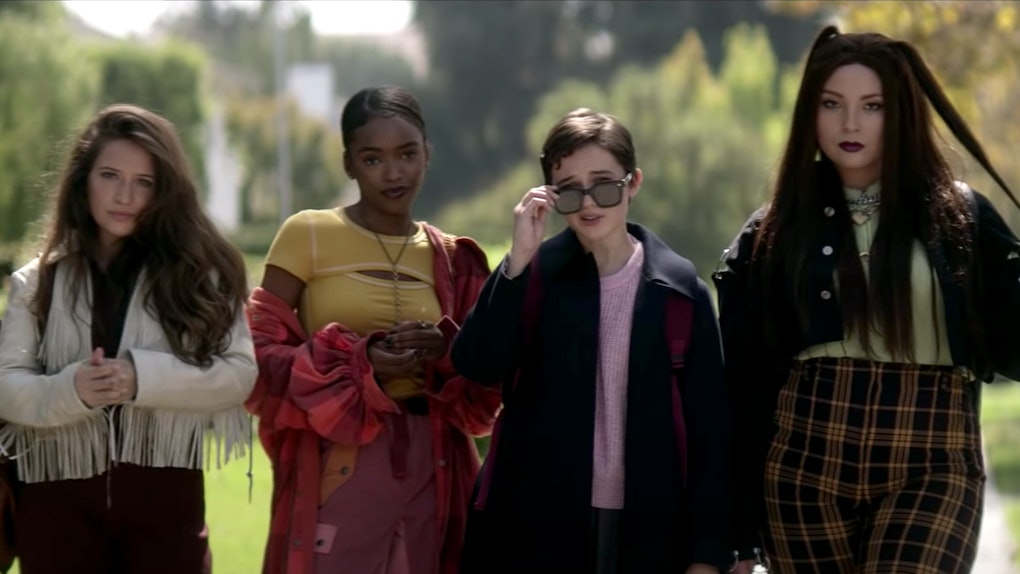 Here's How To Watch 'The Craft: Legacy' When The Sequel Premieres

Back in 1996, a teen horror classic was born when four outcasts came together to awaken their witchy powers in The Craft. Now, it's time for a new iteration of the story. After all, there are plenty of new evils for a group of powerful teen witches to confront in 2020. The new sequel is sure to be a must-watch this Halloween, so here's how to watch The Craft: Legacy from the comfort of your own home.

While reboots are all the rage right now, the new The Craft movie is actually a sequel rather than a reboot, which means it will tell a new story while being set in the same world as the original movie. In line with the rules of the 1996 film, The Craft: Legacy will center on a group of four teenage women coming together to form a coven, which unlocks their magical powers. The exact plot hasn't been revealed, but the trailer makes it seem like it will follow a somewhat similar path as the original, with one of the witches becoming far too powerful for her own good and having to be bound by her sisters.

The trailer also includes the coven discovering a photo of Nancy Downs, the leader of the coven from The Craft, confirming the events of the first movie will be referenced in this sequel.

Aside from that Nancy Downs photo, though, none of the original movie's cast is confirmed to be appearing in The Craft: Legacy. However, The Craft's writer and director is on board as an executive producer of the new movie, so it still has some of the same blood.

The sequel will star Cailee Spaeny (On the Basis of Sex), Gideon Adlon (The Society), Lovie Simone (Greenleaf), and Zoey Luna (Pose) as the new coven. David Duchovny and Michelle Monaghan play parents.

To watch The Craft: Legacy, you'll need to purchase it when it becomes available on video-on-demand services on Wednesday, Oct. 28. The film's website lists multiple places to purchase and watch the movie, such as Amazon Prime, Apple TV, and Google Play. Each on-demand service lists the movie's preorder price as $24.99, but it may be available to rent for cheaper once it premieres.

You can watch The Craft: Legacy on your choice video-on-demand service when it premieres on Wednesday, Oct. 28.

More like this
An 'After' Prequel About Hardin & A Sequel About His Kids Are In The Works
By Abby Monteil
'The Marvels': Release Date, Cast, Trailer, Plot, & More Info
By Ani Bundel
6 Facts About Mckenna Grace From 'The Handmaid's Tale' & 'Hill House'
By Ani Bundel
Stay up to date