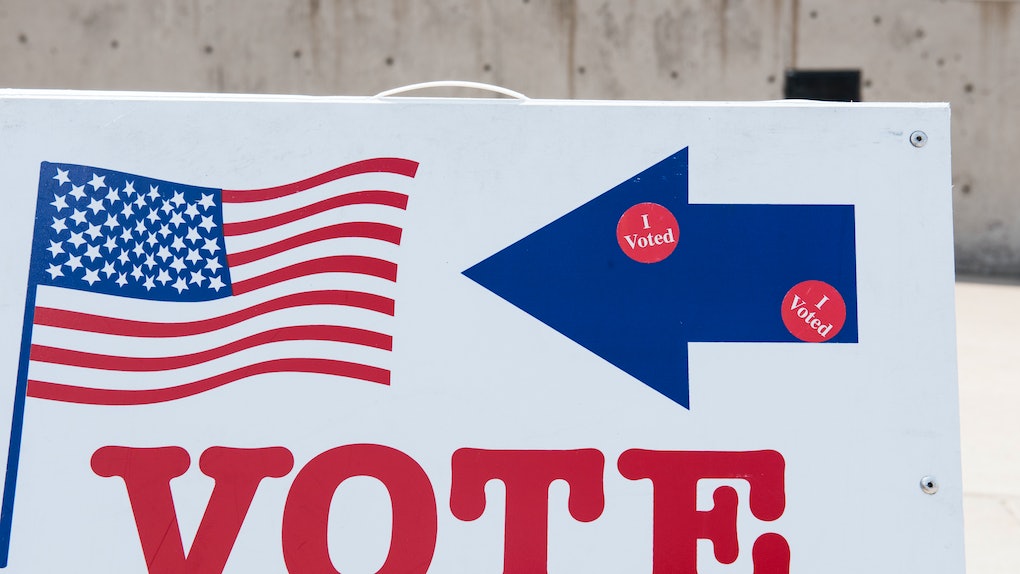 Here's How To Vote Early In The 2018 Midterms, So You Can Get A Head Start

Election Day 2018 is right around the corner, and some people have already cast their vote in the upcoming midterm elections. If you're tired of waiting around and want to make moves, you might be wondering if you can vote early. For some of you, the answer is yes, so here's how to vote early in the 2018 midterms, to get a head start.

In many states across the country early voting in the 2018 midterms has already begun. In fact, early voting for some states like Wisconsin started Sept. 20, according to The New York Times. If you want to get on that early train, then there are a few things you need to know. As with most voting rules and requirements, it varies by state. Some states don't offer early voting at all (sorry, guys), but states like Colorado and Florida allow early voting without any excuse or reason. According to the National Conference of State Legislatures (NCSL), 37 states allow early voting, but you have to check the guidelines for your state.

If you already know that your state offers early voting, the next step is to find out when early voting opens in your state. Participating states will continue to open polls even up to a day before the election, so make sure you check the rules and dates in your state. The next step is to actually get your ballot so you can vote early, which is thankfully pretty simple. Just head to USA.gov and find your state's election board page from the dropdown menu. From there, you'll be able to check out the early voting rules and procedures where you live. For instance, if you're in Alaska, then on your state's election board page it will give you an option to request a mail-in ballot. There, early voting opens 15 days before the election and goes until Election Day on Nov. 6. The New York Times even has a handy-dandy list of state deadlines for early voting, so there's no way to get lost.

There may be a few reasons why you'd like to cast your vote early. Maybe you will be away on Election Day, or hungover from your birthday the night before, or you just want to make sure you're covered should anything come up. It's not important for me to know why, but there are a couple of ways to get ahead of the voting game — even if your state doesn't have early voting. Another option on the table if you know you'll have trouble getting to the polls is an absentee ballot, which is usually for people who won't be able to make it to their polling place on election day. While some states like California and Georgia offer excuse-free absentee ballots, in New York you have to provide a reason for needing an absentee ballot — like if you're out of the county.

Whether you are planning a trip, already out of the country, or just want to clear your mind and get it done with, then make sure that you figure out what the rules are in your state. The options are there for you if voting early is your thang, you just have to do a little work. Personally, I'm too attached to the "I voted" sticker.