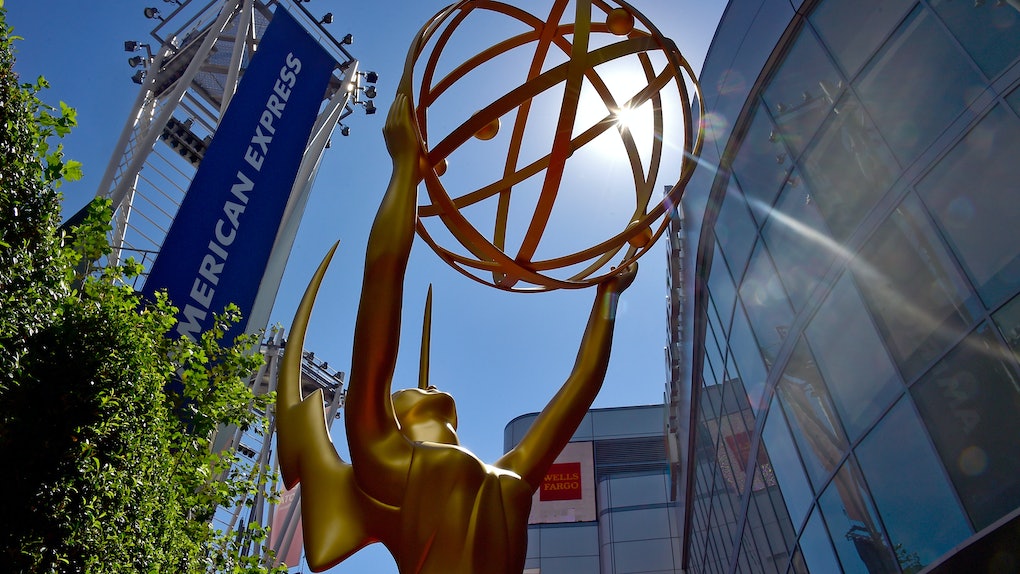 Here's How To Stream The 2019 Emmy Nominations

While you and your family may be out at the beach, soaking up the vacation hours, over in Hollywood, the busiest time of the year for television is gearing up for their biggest night. On Tuesday, July 16, the 71st Primetime Emmy nominations will be announced for the TV season that spanned from July 2018 through the end of May 2019, kicking off a nearly ten-week span of actors, actresses, producers, and networks all campaigning for the votes of the Television Academy. But when are the nominations exactly, and how to watch? Here's how to stream the 2019 Emmy nominations so you can see if your favorite series made the cut.

First off, the Emmys aren't going to be like the Oscars, announcing the nominations at 8 a.m. ET on Tuesday morning, making those on the West Coast have to wake up at 5 a.m. to see what's going down. Instead, they're being reasonably humane about the whole process. The nominations will be announced on July 16 at 11:30 a.m. ET/8:30 a.m. PT. That way, those on the East Coast will be able to excuse it as an early lunch break, those on the West Coast can have time to brew some coffee, and those in the middle of the country can take a mid-morning break.

This year, the nominations will be announced by actors D'arcy Carden, best known for The Good Place on NBC as well as Barry over on HBO, along with Ken Jeong, who is best known right now for his big-screen turn in Crazy Rich Asians, but used to star in ABC's Dr. Ken.

The Emmys, which round-robins through the four major broadcast networks, are on FOX this year. Naturally, the nominations will, therefore, be broadcast as part of FOX's 11:30 a.m. (or 8:30 a.m.) news.

For those who don't have TVs, or will be at work where one isn't available, the Emmys have you covered. The nominations broadcast will be streaming for free from the Emmy Awards official website, announcing all the major categories that will be presented during the Primetime telecast. The Emmy Awards will also release the nominations for all the Creative Arts categories as well, which are given out the weekend before on TBS and TNT.

There are some changes afoot as part of the upcoming ceremony. For example, there are no hosts announced for the broadcast, suggesting the Emmys will follow in the Oscars footsteps of not having one. Also, as some may have noticed above, the eligibility period this year is only 11 months long, from July-May. That's because, as of this year, the Emmys moved the cut off date back from the end of June to May 31.

More like this
Here's How To Stream Scott Patterson's 'Gilmore Girls' Podcast, 'I Am All In'
By Abby Monteil
Will There Be A 'Cruel Summer' Season 2? Here's What We Know
By Rachel Varina
What Comes In The 'Euphoria' Book Box Set? Here's What To Expect
By Abby Monteil
Stay up to date