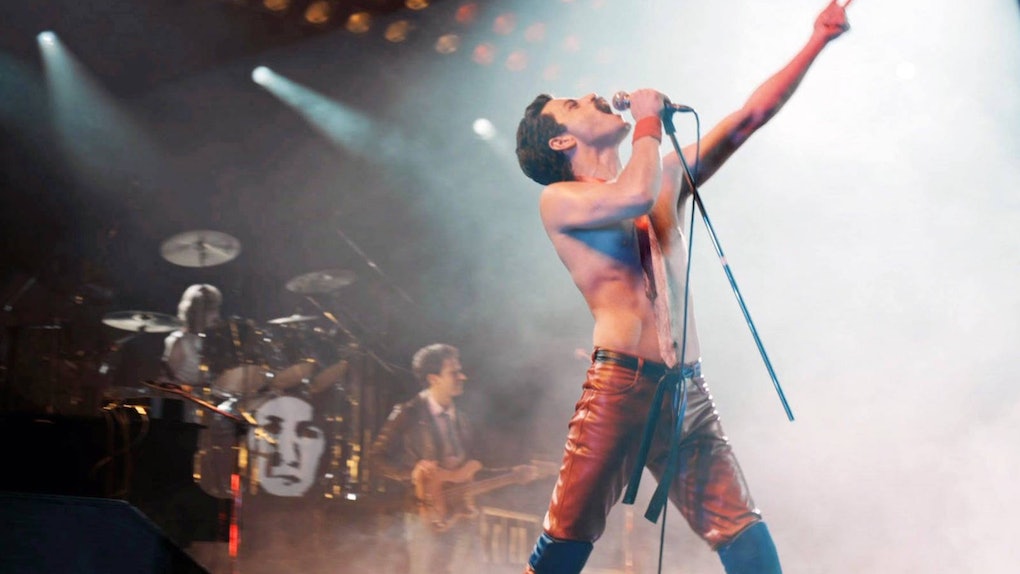 Here's How To Stream 'Bohemian Rhapsody,' So You Never Have To Stop Rocking

Bohemian Rhapsody was first released in the United States on Nov. 2, 2018, and quickly went on to become a massive hit, grossing over $850 million worldwide to become the highest grossing biopic of all time. The movie tells the story of the late rock singer Freddie Mercury and his band Queen, exploring Freddie's tumultuous early life in a conservative Zoroastrian home, his breakout success as the outrageous and daring lead singer of Queen in the '70s and '80s, and the isolating struggles that came with Freddie's bombastic fame.

For anyone who missed the movie's first run in theaters, you may still have a chance to catch Bohemian Rhapsody on the big screen. As with most highly-nominated Oscar movies, Bohemian Rhapsody is playing with limited showtimes at several movie theaters across the U.S. ahead of the Oscars — some may even be sing-along screenings if you are in the mood to belt some Queen classics. Or if you would rather watch the biopic at home, there a few streaming options. Unfortunately, Bohemian Rhapsody is not available to stream for free anywhere, but you can rent the film for $5.99 on Amazon Prime Video or buy if for $19.99. That $5.99 rental price is also available on YouTube, Google Play, and Vudu if you prefer one of those streaming services.

Despite its immense popularity, Bohemian Rhapsody has also found itself at the center of controversy regarding its former director Bryan Singer. Even before Bohemian Rhapsody had begun filming, Singer had been accused of sexual assault of minors in the past. Singer was fired from Bohemian Rhapsody at the end of 2017, with 20th Century Fox citing absences from set and clashes with the film's cast and crew. But although Singer was replaced with director Dexter Fletcher, Singer remained the sole credited director for the movie.

A couple of months after Bohemian Rhapsody swept the Golden Globes, The Atlantic published an exposé featuring numerous new claims of sexual assault against Bryan Singer from men claiming to be underage at the times of the alleged assaults. Singer himself emphatically denied the claims in the story in a statement. Even though Singer was not the director for all of Bohemian Rhapsody, the renewed scandal surrounding him still may have a negative effect on the movie's chances at the Oscars.