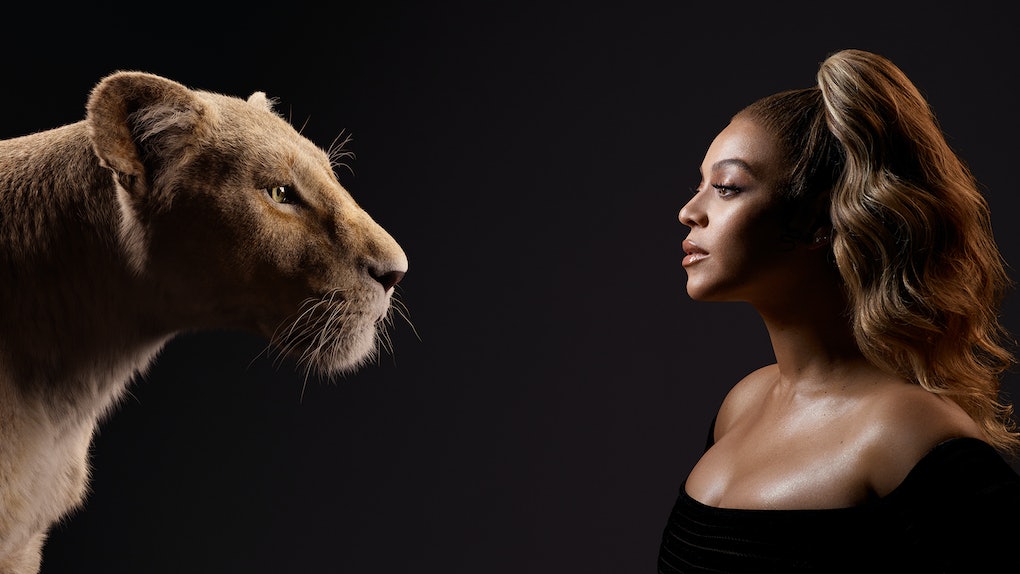 Here's How To Stream 'Beyoncé Presents: Making The Gift' So You Don't Miss A Second

The remake of The Lion King was not a critical darling, but audiences didn't care. As of September of 2019, the movie ranks as the second highest-grossing film of the year behind Avengers: Endgame. Love it or hate it, the one thing everyone agreed on was Beyoncé. She was a force in the movie, making Nala more of a presence. Her new song was a delight, and her album, The Lion King: The Gift, was exceptional. Now she's got a behind-the-scenes special on the making of the album. Here's how to stream Beyoncé Presents: Making The Gift for those who need to see Queen Bey even if they cut the cord.

For those who have not listened to The Lion King: The Gift, shame on you! It's a remarkable 27-track piece that includes music inspired by the film. It also features some of the most influential African artists of our time to collaborate with famous African-American artists for an exceptional result.

From Nigerian Afropop singer Yemi Alade to Beyoncé's The Lion King co-star Donald Glover (under his Childish Gambino moniker), this is an album worth exploring even if you didn't love the film. Here's a sneak peek of the special:

Here's the synopsis of the special, which airs on Monday, Sept. 16, at 10 p.m. ET, following Dancing With The Stars.

Global entertainer Beyoncé is set to take viewers on a journey through Africa with an hour-long documentary special, Beyoncé Presents: Making The Gift, set to air Monday, Sept. 16 on ABC. This intimate behind-the-scenes look at the making of the album, The Lion King: The Gift, features candid footage and interviews detailing the hard work and passion that went into her love letter to Africa.

The notoriously private artist is giving fans a look behind the scenes, letting viewers in on her trip to Africa and the making of the album.

Now, viewers will be taken through the creative process as Beyoncé carefully curates the album, creating new music and collaborating with exceptionally talented artists and producers, while seeking inspiration from deeply rooted African influences. This creativity is informed by her travels throughout the continent, from the tranquility of the pyramids of Egypt to the bustling and joyous atmospheres of Nigeria and South Africa. The narrative, steeped in love and appreciation, highlights the beauty of the people and the vibrant sounds of a pulsating continent.

So, how can fans stream this, if they don't have ABC or a TV? There's the ABC app, which is downloadable to any smartphone or tablet. The ABC app is also available on ABC.com, as well as streaming devices like Roku, AppleTV, and Amazon Fire TV.

And, like most ABC programming, the special will begin streaming on Hulu a few days after the premiere. As for whether or not it will be on Disney+, that remains to be seen. But it's probably a good bet it turns up around the same time The Lion King itself does on the new Disney service.