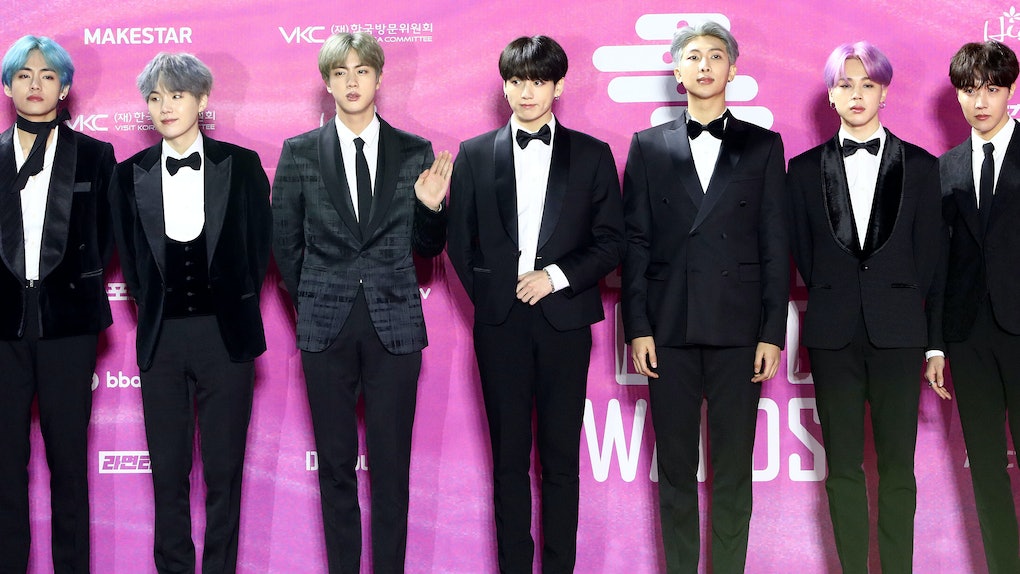 As every BTS ARMY probably already knows by now, BTS’ newly announced book The Notes 1 will be coming your way on Mar. 5. But what if you wanted to secure your copy before then? Thankfully, Big Hit Entertainment, BTS’ management company, gives you the option to pre-order the book. So, here’s everything you need to know about how to pre-order BTS’ The Notes 1 book.

First thing’s first: head on over to ibighit.com where you can view all the important details about the book! According to Billboard, The Notes 1 book’s blurb reads, "The memory pieces of the feelings of being lost, absence, suffering and insecurity, of the boys facing their fate."

Big Hit Entertainment actually offers the book in English, Japanese, and Korean. You can either buy an individual book in the language of your choice, or you can buy a bundle with all three languages included. No matter which option you choose, though, you’re still getting the same great content. So, you can’t go wrong with any of them.

The individual copies of the book will run you anywhere between $14.00 and $20.00 depending on which language you choose. If you’re hoping to buy the bundle with all three languages, then expect to spend around $52.00 for the whole thing.

The Notes 1 book was first teased back in early January 2019 when Twitter account @Smeraldo_Books tweeted a video of Jin looking out a window from a bedroom. The tweet read, "Would I be able to straighten out the errors and mistakes and save the others? I didn't grasp the depth and weight of this question. — SeokJin, May 2, 2022."

Smeraldo Books is an addition to the Bangtan Universe, which is a BTS-specific fictional universe centered on a series of music videos, album notes, and short films. So, its Twitter account, which was created in early January, is the perfect platform for BTS to launch and promote their book.

Smeraldo Books is named after the Smeraldo flower which means ‘The Truth Untold’ in the language of flowers. We will do our best to deliver the truth through the books made by Smeraldo Books.

The account’s tweets are basically character teasers as each BTS member has his own character in Bangtan Universe. Here’s a look at a few of them:

The above reads, "The car had just barely missed me. The remaining buzz of the alcohol all made me feel giddy. Then I realized I couldn't hear the piano anymore. — YoonGi, April 7, 2022."

So, BTS’ foray into fiction and in crafting their first book has been a very thorough creative process. And I’m sure it’s equally fulfilling for the fans who get to witness all this unfold little by little. Very interesting stuff! In any case, be sure to pre-order your copy of The Notes 1 book ASAP!