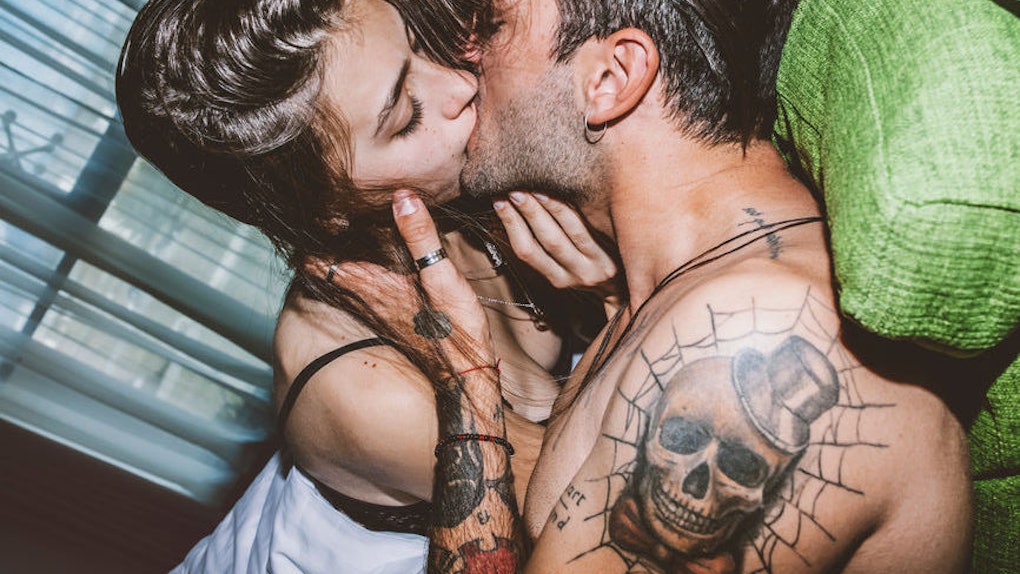 Here's How To Orgasm From Penetration, According To 9 Women Who Taught Themselves

Furthermore, certain prescription and over-the-counter medications can negatively affect the ability to achieve orgasm, according to The Cleveland Clinic. And if you're feeling down about your prospects of reaching an O, well, that can make it even tougher to relax and get there. So you're not alone if you've never done it.

In a recent Reddit AskWomen thread, ladies who have trouble achieving orgasm through penetration alone explain how they finally taught themselves to get there. Read along and take note, but remember that climaxing from penetrative sex is way less common than you might think. If it doesn't happen for you, treat yourself kindly. It doesn't matter what kind of sex you have — the only thing that matters in the bedroom is that you and your partner are both enjoying yourselves.

She realized it takes two rounds to get her there.

She accepted that they simply aren't going to happen for her.

I didn't. I just accepted that I'm a part of the majority of women who can't orgasm vaginally, and should avoid men who will take it as a challenge instead of listening to me.

She let herself be completely vulnerable.

Sometimes it just feels extra good and I get there. Usually through doggy. I really don’t think that clitoral stimulation is doing it since I’m not grinding on anything. I think it took me being completely and utterly vulnerable and comfortable. When it happens I’ll sometimes cry after and I can’t control it.

It still doesn't happen every time, but this position is more successful than others.

Girl-on-top did it for me. It still doesn't happen every time, but every time it does, I'm on top.

Sex isn't just defined by PIV and I don't feel like I'm "struggling" to do something the majority of women also can't do. I have orgasms other ways, because PIV isn't the only part of sex that matters.

She took time to get to know her body.

I started first by getting to know my body on my own with masturbation. I found out what I liked and what I didn't like, not just physically but psychologically. I then was open with talking to my partner about it. During sex I'll guide him if that's what's needed, with words, or with my body, or even by demonstration. Afterwards, we talk about what worked, and didn't work for each of us. I find that during sex, I will orgasm when I'm on top facing him, and he pretty much let's me do my thing, because he gets as much pleasure out of my orgasm as I do. Also, VERY IMPORTANT, if I don't orgasm I don't get frustrated, I just learn and move on.

She likes having clitoral orgasms.

Of course, sex comes in many forms and vaginal penetration is not the only way to achieve orgasm. In fact, if it's not for you, then don't worry about it! There is no pressure at all to be achieving orgasm in this way.