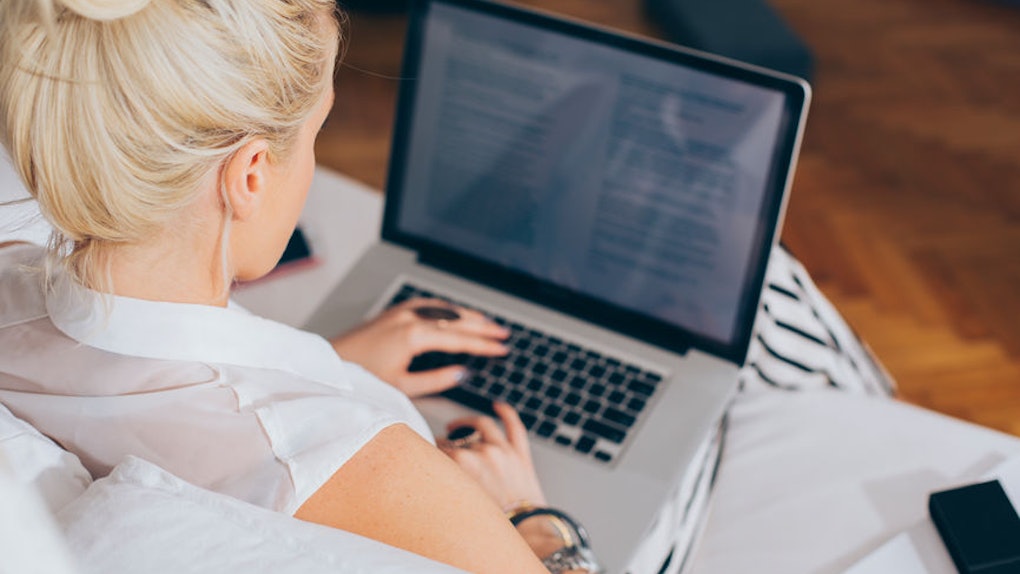 ICYMI, the last 24 hours have been rough for the Twitter community in light of an unexpected, and not entirely welcome, update to the platform's desktop interface. With a brand new aesthetic and several changes in functionality, the social media platform's newest makeover will probably stress you out if you're not a fan of change — and Twitter users are making their ~feelings~ about the update known. If you're not feeling the tech giant's new interface, here's how to go back to the old Twitter layout so you can resume tweeting away to your heart's desire. Elite Daily previously reached out to Twitter for comment on the platform's new layouts and the reactions surrounding them, but did not hear back.

UPDATE: As of July 15, Twitter officially introduced its new layout to users. According to a Twitter spokesperson, Twitter users who see the update will no longer be able to go back to the old layout. Per the Twitter spokesperson, "Once people are brought into the new Twitter.com, they cannot go back to the previous layout. It will be a slow rollout, so people are getting transitioned in slowly and not all at once."

EARLIER: TBH, I think most of us expected some kind of change-up on the platform after Twitter first teased the news back in January, but I don't think anyone was prepared for the overhaul that the company started rolling out on Tuesday, April 23. While a few users have been privy to the two different redesigns that Twitter has been testing over the past few months, that all changed on Tuesday night when many people opened the site on their desktops to a completely new look and functionality.

Unsurprisingly, panic set in, because change can be hard to deal with when you're just trying to send a simple tweet and can't find where anything is, and many users took to the social media platform to bemoan the update while asking for a way to roll things back. Luckily, if you're dreaming of a time where you took your old hassle-free Twitter desktop interface for granted, Twitter users have figured out a few different options to try to revert back to the Twitter layout you know and love.

First and foremost, I'd recommend signing into Twitter on your laptop to see if you're one of the users to make the switch. If so, you'll either see a new look with two or three columns. If you see two columns, you'll see your timeline on the lefthand side with trending topics and follow suggestions showing up on the right, while your three column layout will include a static column that houses various buttons to check out your notifications, your messages, and much more.

Per user suggestions, the easiest option to roll things back to the previous Twitter interface is to go to settings and scroll down until you see "Switch to legacy Twitter." Once you select that option, your interface should revert and you should get a message asking you to rate the update that you saw.

While this worked for me, several Twitter users noted that the "Switch to legacy Twitter" button had disappeared on their profile and they no longer have that option. Don't freak out if this button is nowhere to be found in your settings menu, because you can head to https://twitter.com/i/optout to force the page to revert to the way it was before the changes took place. From there, you can choose to switch back or leave feedback on your experience.

At the time of publication, Twitter had not responded to an Elite Daily inquiry on the future of the two layouts that the platform has been testing, and it has yet to issue a public statement on the update. In the meantime, you can try one of these two options to revert back to Twitter's old platform, but there's no harm experimenting with some of the update's new features like dark mode and text sizing before you switch over.