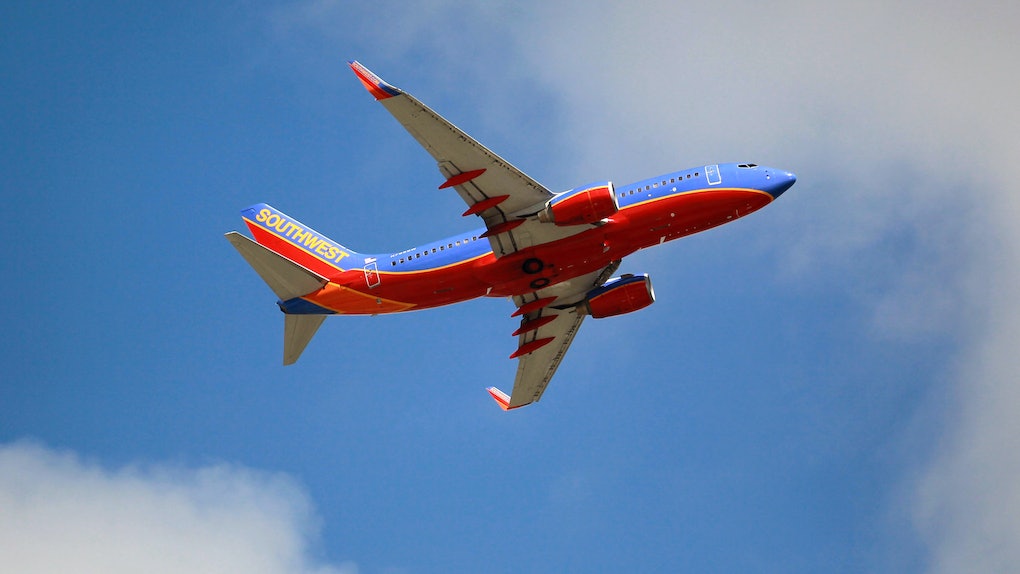 Guess what? Southwest Airlines is looking for social media influencers that they can send around the world for free (I'm not kidding). Believe it or not, you could be one of them. All you'll have to do is enter the airline's latest contest and hope for the best. But before you go ahead and figure out how to enter Southwest Airlines' Storyteller Contest, you probably want to know a little bit more about the main prizes. Exactly how many trips will the winning influencers receive? What's the winning decision even based on? Is there a catch? Get your questions in line, because I have answers.

Let's take it from the top (no flight pun intended). On Tuesday, Feb. 12, Southwest Airlines announced that they're searching for Southwest Storytellers and Influencers. Who are they, you ask? Well, they're basically people who will travel with the airline and create content that'll inspire others to travel, too. So if you've got a knack for social media and a true sense of wanderlust, this contest is the one for you. If you aren't convinced yet, just wait until you find out what the main prizes are.

Hint, hint: Lots of free round trips are involved.

According to Southwest, there will be 10 contest winners total — and each one of them will receive prizes. However, the grand prize winner will receive the coolest prize — hands down. According to the company's Southwest Storyteller page, the influencer who wins the grand prize will receive 12 round-trip flights in the form of 24 Southwest flight e-passes. In other words, that influencer will be able to choose from 99 different Southwest destinations and embark on a dozen complimentary round-trip journeys with the airline.

If you end up entering the contest and don't win the grand prize, don't fret. The remaining nine prizes still feature free flights and discounts with Southwest. According to the airline, the first place winner will receive 12 Southwest e-passes, while the second place winner will get six. Two third prize winners will get one $500 gift card each — and the remaining five winners will get Southwest Airlines Rapid Rewards (10,000 of them, to be exact).

With that being said, the top 10 finalists will have a lot to look forward to.

Now that you know more about the contest and its prizes, you're probably wondering how you can enter (that's fair). Thankfully, the process is super simple. According to the airline, anyone who's at least 21 years old and has at least 2,500 Instagram followers should follow Southwest's Instagram page before they enter. Then, they'll need to post a travel photo that tells a story, and use the hashtags #SouthwestStorytellers and #Contest in their caption (as well as the airline's IG handle, @southwestair).

According to the airline, judges will then select 100 winners that'll have to complete surveys for the contest — and on April 15, 10 winners will be chosen and given prizes based off of their creative submissions. (Those prizes include the Southwest e-passes and discounts that I was talking about before.)

If you like the sound of that, go ahead and enter the contest. Just keep in mind that you'll only have until Feb. 24 to upload your travel photo — so start posting and cross your fingers that you'll become Southwest's next big influencer.