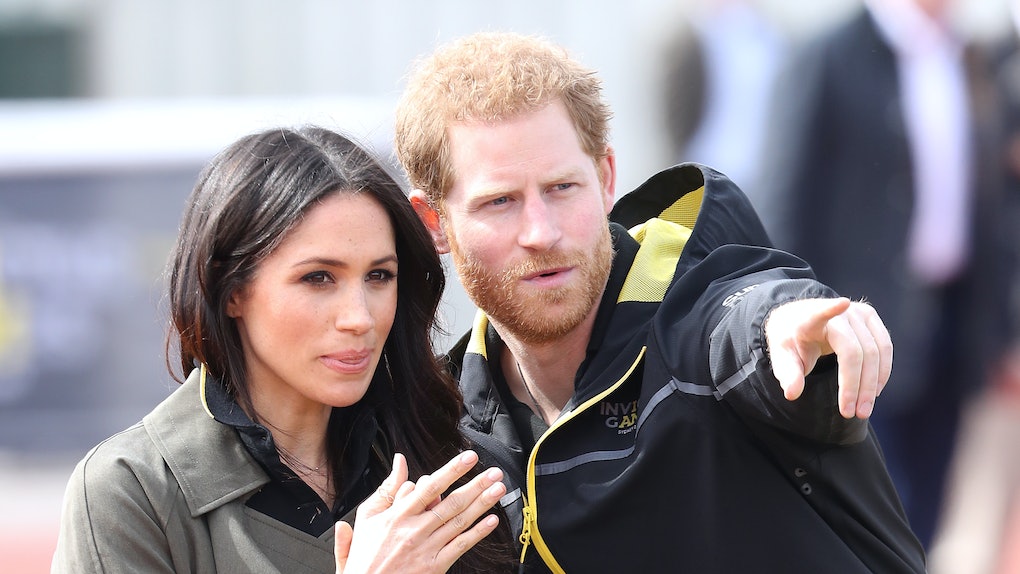 Don't worry about trying to find the perfect place setting for Prince Harry and Meghan Markle. The selfless couple has asked all their guests and well-wishers to send donations to charity instead of wedding gifts when they tie the knot on May 19 at St. George’s Chapel at Windsor Castle in England. And, like, of course they did, because everything these two do is just perfection. It's really such a beautiful request, so if you want to placate the classy duo (and if you don't, who even are you?) here's how to donate to Prince Harry and Meghan Markle's wedding charities.

"Prince Harry and Ms. Meghan Markle are incredibly grateful for the goodwill shown to them since the announcement of their engagement and are keen that as many people as possible benefit from this generosity of spirit," Kensington Palace explained in a post on the royal website. "The couple have therefore asked that anyone who might wish to mark the occasion considers making a donation to charity, rather than sending a wedding gift."

The couple has chosen seven charities that represent issues close to their hearts, including HIV, women’s empowerment, conservation, the environment, homelessness, sport for social change, and the armed forces.

According to Kensington Palace, the couple does not currently have any formal relationships with the chosen charities. In fact, many of them are small, and the pair is excited to bring more attention to their causes. Want to donate? Here's a complete list of the charities chosen by Harry and Meghan:

The Children’s HIV Association (CHIVA) supports children growing up with HIV across the UK and Ireland. The charity aims to enhance the well-being of children and young people with HIV, and to create a more hopeful and optimistic future for them.

Crisis is the national charity for homeless people. The charity works side-by-side with thousands of homeless people each year to help them rebuild their lives.

The Myna Mahila Foundation is a charity that empowers women in Mumbai’s urban slums. Markle saw the Foundation's work firsthand when she visited the charity in 2017, then later wrote about the experience for Time. The charity provides women in these communities with a trusted network to help them grow as both individuals and businesswomen, and with stable employment close to their homes. And since the shame surrounding menstruation and menstrual hygiene is a direct barrier to young girls' education, the foundation is helping to break those taboos by providing access to accurate information and low-cost sanitary pads.

Scotty’s Little Soldiers is the charity for children of bereaved Armed Forces members. The charity offers vital support to children who have lost a parent who served in the British Armed Forces.

StreetGames uses sport to empower young people to kickstart a cycle of positive change in their own lives that resonates across their communities, helping them become healthier, safer, and more successful.

Surfers Against Sewage is a national marine conservation and campaigning charity, which inspires, unites, and empowers communities to take action to protect oceans, beaches, waves, and wildlife.

The Wilderness Foundation UK promotes the benefits and enjoyment of wild nature. Through the great outdoors, the charity helps build resilience in vulnerable teenagers, introduces rural employment to urban youth, and brings science to life.

Of course, this is not the first time a royal couple has invoked a "no gifts" policy. Prince William and Kate Middleton also nixed wedding presents prior to their wedding in 2011, and instead requested charity donations to the Royal Wedding Charitable Gift Fund for 26 charities, many supporting disadvantaged children. The pair ended up raising $1.7 million through donations to the fund. I can't wait to see how much good comes out of Meghan and Harry's altruistic efforts this time around.