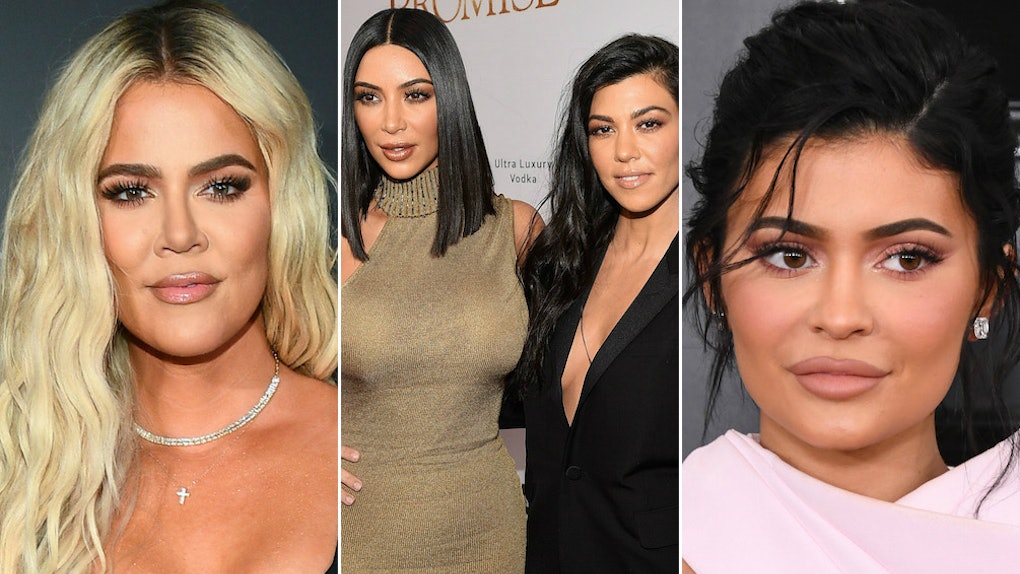 The Kardashian babies are the cutest kids on TV. They're also the children of the most successful influencers in the world. Seriously, there's no other influencer/celebrity/family that holds a candle to how successful the Kardashian empire is, which basically makes all of their kids the heirs to the social media throne. Now that Mason, Penelope, Reign, North, Saint, Chicago, Psalm, Dream, Stormi, and True are growing up (well, Psalm literally just got started), it's high time we recognized the times the Kardashian kids were the real stars of the family.

To be real, there are way too many Kute Kardashian Kids moments to be able to break down every single one. There's 10 of them! How do their parents even keep track?! But these kids have been melting the hearts of Kardashian fans ever since Mason Disick was firstborn. (That was documented in Season 4, Episode 10 of Keeping Up With The Kardashians, by the way.) In the years since, nine more kids have come along, each one having cute as hell photos and videos of them posted online by their parents.

Here are some of the Kardashian kids' cutest moments.

Mason Disick is the oldest of these kiddos, leaving KUWTK viewers with the most opportunities for adorable baby content over the show's 16-season run.

When it comes to his social media appearances, though, I'd argue that the 9-year-old is churning up his star power more than ever before. It seems like every time Kourtney Kardashian or Scott Disick posts a photo of this kid, he looks cooler than he did in the last one.

Seriously, this kid is 10x cooler than me. Look at him on this boat he probably owns.

And on this plane he could probably afford himself.

Oh, and this helicopter.

I am 26 years old and I have never even seen a helicopter in person.

Kourtney Kardashian and Scott Disick's only daughter is a star in her own right. The inspiration behind Poosh's name (it's a nickname her mother gave her), little P has had plenty of moments where she's shown the world how stinkin' cute she is.

Like the moment when she got her first haircut. This is literally my same haircut, and this 6-year-old works it better than I do.

This kid is literally an effortless model.

Reign Disick and Saint West are both adorable little chicken nuggets. The youngest of the Disick kids and Kimye's first son have had a lot of cute as hell moments, but none as adorable as when they wore matching Halloween costumes in 2018.

Their costume were mini versions of Kanye West and Lil Pump's costumes in the "I Love It" music video.

Ah, the most infamous of the Kardashian children. North has given people equal parts hilarious and adorable moments online. And yes, I'm including the meltdowns she has that Kim Kardashian documents as part of this.

It's also adorable to see this little fashion influencer in training.

In this Instagram from Kim K, Northie is giving off "I'm planning my Instagram grid aesthetic" vibes.

Then, of course, there was the time North dressed herself in a truly amazing outfit and proceeded to have a meltdown when she couldn't wear her mom's boots that matched her look perfectly.

"Sooooo Miss North dressed herself and thought she was ready for the day until I explained she couldn't wear my boots," Kardashian said in her April 24 tweet.

Dream Kardashian, Rob Kardashian's only child, is a certified cutie. The happy little kiddo is featured on Auntie Khloé's Instagram all the time, and this shot of Dream and True is just the sweetest.

The first photo shows Dream hugging True, then the two cousins giving each other a sweet kiss. Can you feel the love?!

Dubbed "The Triplets" by their mothers due to their close ages (they were born in January, February, and April of 2018), these three cousins are a tight-knit unit.

This photo of them holding baby shark plushies is just too cute for words.

A similar photo came months earlier, when the babies were sat in the same lineup with a similarly pink vibe.

I can't handle these three.

The 10th Kardashian baby made his grand appearance in May, just in time for Mother's Day. Kardashian has only shared a couple of photos of the newborn so far, but this photo of him sleeping takes the cake.

The Kardashian empire is in good hands with all these cuties.