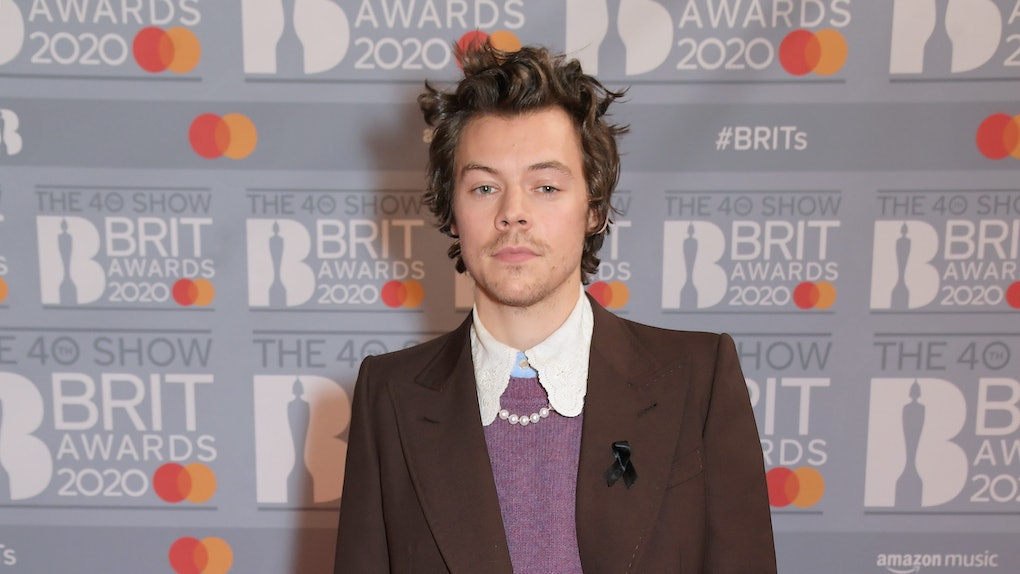 The 2020 presidential election is such a huge deal that even non-United States citizens are hoping to have their voices heard one way or another, even if they can't cast an official vote. Harry Styles, for one, used his social media power on Tuesday, Oct. 27, to share his hopes for the election. Harry Styles' tweet endorsing Joe Biden gets straight to the point.

Over the past few months, many celebrities have been using their Twitter and Instagram pages to encourage others to get out and cast their ballot for the upcoming election between president Donald Trump and former vice president Joe Biden. With the election less than a week away, social media has been flooded with photos of people sporting their "I Voted" stickers after turning in their mail-in ballots or waiting in line to vote early.

Styles, a native of the United Kingdom, decided to use his voice on Oct. 27 to endorse Biden because of one simple, but very important, characteristic: kindness. "If I could vote in America, I’d vote with kindness," Styles tweeted alongside a video he shared from Biden's official campaign page that showed him meeting people of all ages and backgrounds.

Biden's post read: "You deserve a president who will get up every single day and work to make your life better. If you elect me, that’s exactly what I’ll do."

Of course, some of Styles' followers tweeted their respect for him sharing his opinion, while critics slammed him for speaking his mind because they disagreed with his stance on the election.

"What was the point of this? Voting is our own decision. I love you, but can u not tell us who to vote for? You're turning into every other Hollywood star. Incredibly disappointing," one follower replied. Another tweeted: "So many ppl will now hopefully vote because you have said it king of using ur platform so much respect for you."

While Styles won't be able to take part in voting in the 2020 presidential election, and could have used that fact as an easy out on taking a stance on the heated 2020 election altogether, he's making his stance known regardless. That's something to be commended.