Whenever Harry Styles performs, fans can expect a great show. And any time Styles sits down for an interview, it's guaranteed Stylers will learn something new about the singer. And when he does both, prepare to be wowed. During Harry Styles' Tiny Desk concert, the singer revealed the very unique inspiration behind his hit song "Adore You."

Surrounded by his band, Styles broke down some of the songs off his new album, Fine Line. Along with performing a stripped down version of the tunes, Styles also reflected on the meaning behind them. Following a flawless version of "Watermelon Sugar," Styles got into the details of it, explaining:

It's kind of about, like, that initial, I guess, euphoria of when you start seeing someone. You first start sleeping with someone or just being around someone, and you have that kind of excitement about.

Next up, Styles sang "To Be So Lonely" with his band and joked about the part of the song his fans most like to sing.

The shame is when I sing the line about me being an arrogant son of a b*tch. It seems to be the one that everyone sings the loudest back to me, which is, you know, a little bit of a shame. But it is what it is. 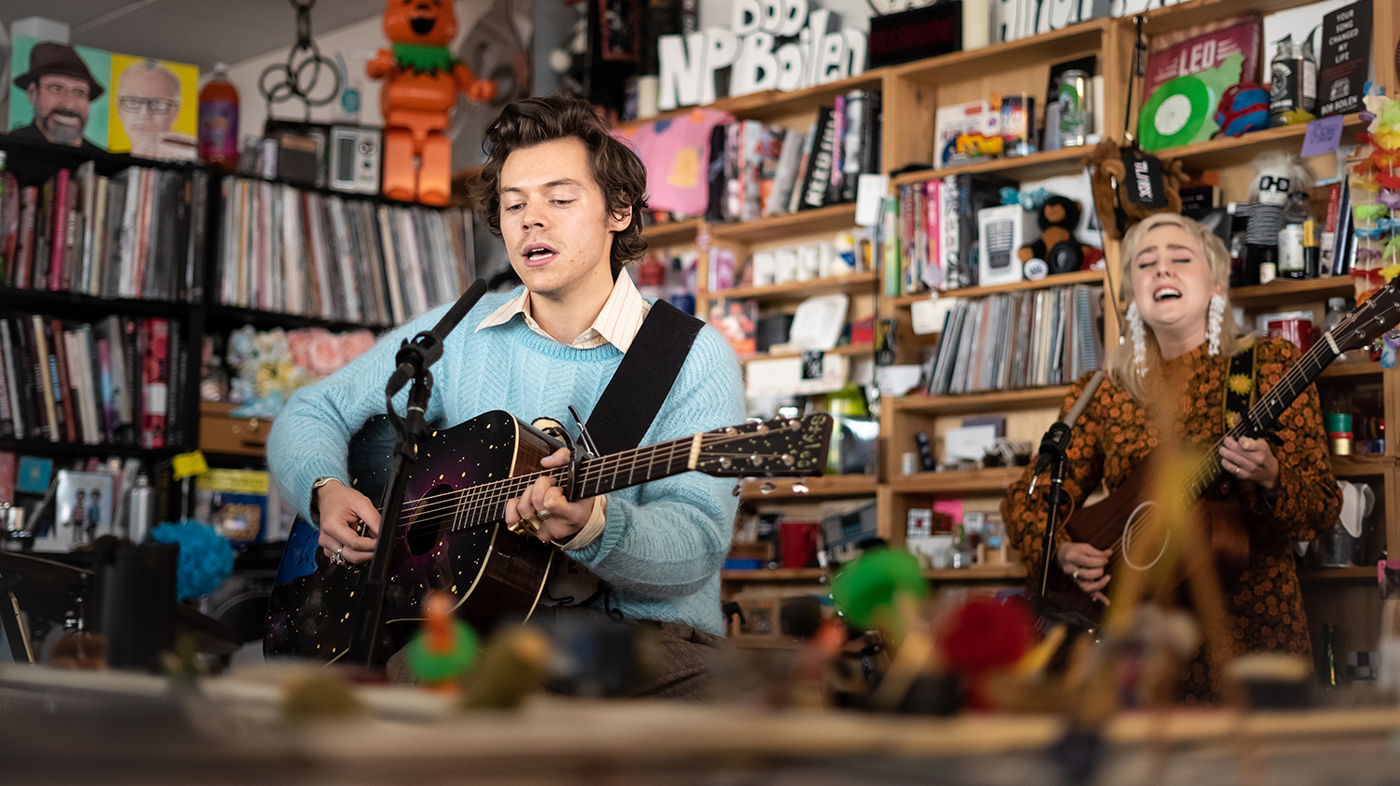 Last, but definitely not least, came "Adore You." While the tune is the epitome of a love song, Styles shared that it was actually about a pet of his that he, well, adored.

"I just had this fish and I really liked it," he said before sharing that the song is also about the "initial excitement" of getting to know someone, similar to the feelings he sings about in "Watermelon Sugar." Watch the adorable moment where Styles gushed over his fish at the 14:33 mark in the video above.

So, there you have it, folks. Find yourself someone who loves you as much as Harry Styles loves his pet fish.