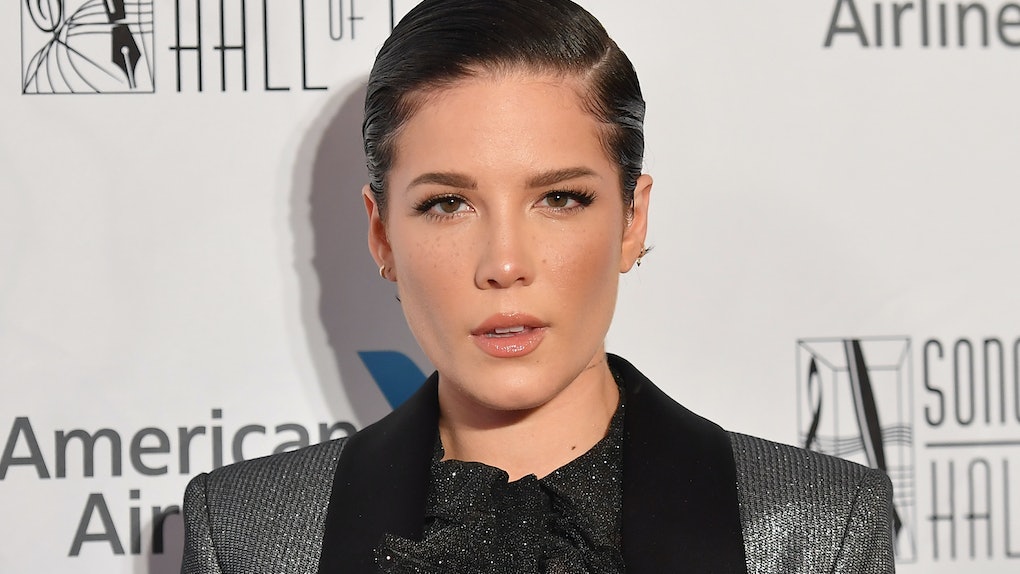 The Grammys are facing backlash following the recent announcement of this year's nominations, and Halsey is one of the latest stars to comment. The "Graveyard" singer took to social media to criticize the Recording Academy for their lack of transparency, and Halsey's Instagram calling out the Grammys definitely does not hold back one bit. Her remarks came after the musician wasn't nominated for her latest album, Manic.

The 26-year-old singer prefaced her lengthy message by saying, "I've been thinking and wanted to choose my words carefully because a lot of people have extended sympathy and apology to me since the Grammy nominations."

"The Grammys are an elusive process," she continued. "It can often be about behind the scenes private performances, knowing the right people, campaigning through the grapevine, with the right handshakes and 'bribes' that can be just ambiguous enough to pass as 'not-bribes.' And if you get that far, it's about committing to exclusive TV performances and making sure you help the Academy make their millions in advertising on the night of the show. Perhaps sometimes it is (!!) but it's not always about the music or the quality or the culture."

Elite Daily reached out to the Recording Academy for a response to Halsey's claims, but did not hear back by the time of publication.

Halsey also showed her support for The Weeknd, whose massively popular album After Hours received zero Grammy nominations. Shortly after after the nominations were announced, he took to Twitter to write, "The Grammys remain corrupt. You owe me, my fans and the industry transparency." Musicians like Elton John and Drake have since come to The Weeknd's defense, with the latter even suggesting that the Grammys "may no longer matter."

"@theweeknd deserves better, and Manic did too. Perhaps it's unbecoming of me to say so but I can't care anymore," Halsey wrote in agreement, before wrapping up her message with a call for changes from the Recording Academy.

"While I am THRILLED for my talented friends who were recognized this year, I am hoping for more transparency or reform. But I'm sure this post will blacklist me anyway."