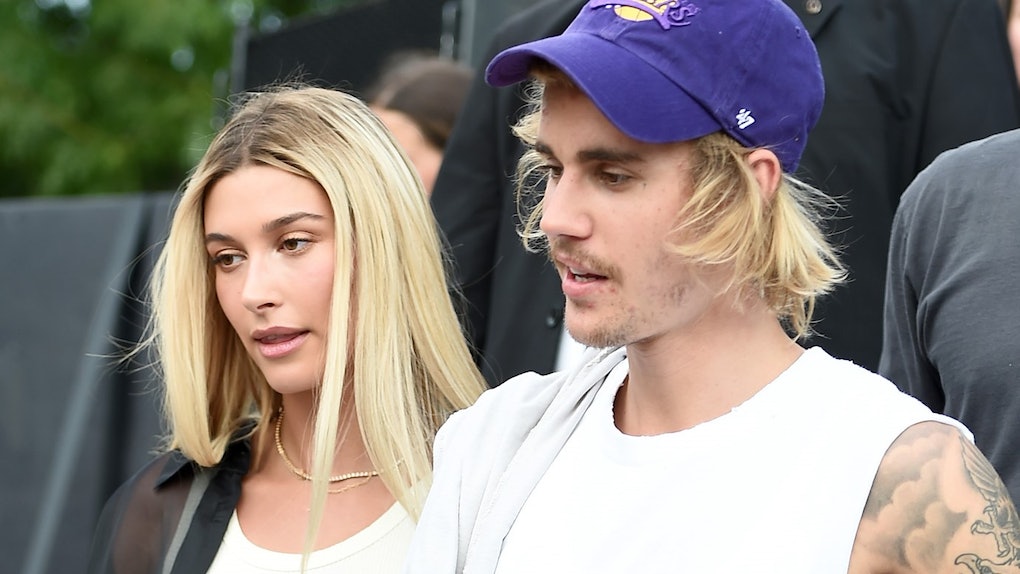 Hailey Baldwin is really loving married life with Justin Bieber! The 22-year-old model took to Instagram on March 28 to share what her idea of a great date night with her hubby looks like. Hailey Baldwin’s favorite date night with Justin Bieber is all about Netflix and pizza! It’s all pretty low-key and not very Hollywood at all, which is interesting. And it kind of gives off the old-married-couple vibe!

Baldwin’s Instagram post about their date night shows a few photos of what she considers to be a perfect date night. Apparently, she loves things to be low-key and so does Bieber. You can even see a glimpse of Bieber in a robe and waiting on Baldwin to share some pizza with him. There’s also a shot of a bed and a TV that’s primed for some good Netflix binge-watching. Apparently, their go-to show is Friends, so they definitely have great taste!

“My favorite kinda date night :),” Baldwin captioned the post, which highlights how much she enjoys quality time with Bieber.

Obviously, Baldwin loves spending some quality time with her hubby. And it seems like Bieber is equally enjoying his time with Baldwin. In a recent Instagram post, Bieber revealed that he’s putting music on the back burner for now to focus on himself, his wife, and his future family.

“So I read a lot of messages saying you want an album,” Bieber said on Instagram. “I’ve toured my whole teenage life, and early 20s, I realized and as you guys probably saw I was unhappy last tour and I don’t deserve that and you don’t deserve that, you pay money to come and have a lively energetic fun light concert and I was unable emotionally to give you that near the end of the tour. I have been looking, seeking, trial and error as most of us do.”

Bieber then went on to talk about how committed he is to making sure he’s in the right head space to keep his marriage and emotional health intact.

“I am now very focused on repairing some of the deep rooted issues that I have as most of us have, so that I don’t fall apart, so that I can sustain my marriage and be the father I want to be,” Bieber continued. “Music is very important to me but Nothing comes before my family and my health.”

And all of that just highlights how mutually committed Bieber and Baldwin are to each other right now. Baldwin even shared in a recent interview with Vogue that she’s putting everything she’s got into this relationship.

"I'm fighting to do this the right way, to build a healthy relationship," she said. "I want people to know that. We're coming from a really genuine place. But we're two young people who are learning as we go."

All in all, it certainly seems like Bieber and Baldwin are really enjoying married life at the moment and that’s wonderful to see!