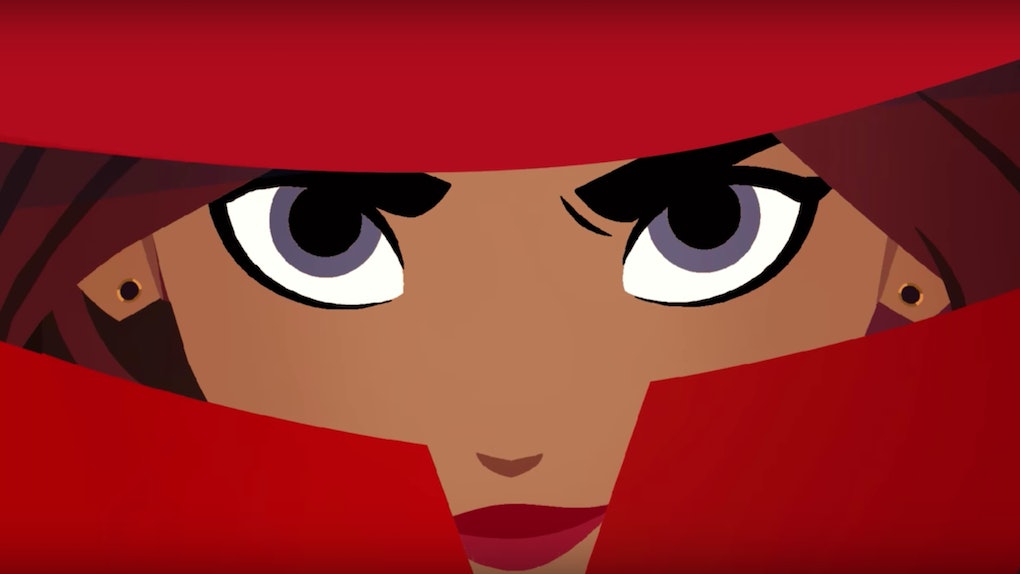 Where in the world is Carmen Sandiego? The iconic thief is still at large, and nowadays, you can catch her stealing jewels and traipsing around the globe on Google Earth. If you want to dust off your sleuthing skills in the name of nostalgia, Google Earth's new Carmen Sandiego video game is a 21st century reboot of the OG game you loved from the '80s and '90s. Grab your detective hat and say goodbye to the productive weekend you had planned, because this looks like an epic adventure that you'll want to spend hours playing. The best part? You don't have to leave your couch to travel around the world.

On Wednesday, March 13, Google announced via a blog post that the enigmatic thief had struck again — this time making off with the Crown Jewels — and, once again, it's up to you to stop her. Unlike her do-gooder turn in the recent Netflix reboot, Sandiego is still very much up to her nefarious ways, and the agent-turned-criminal is on the run somewhere on Google Earth. Aspiring detectives can opt to use either the Chrome, Android, or iOS systems to track her down by playing the game, which blends some of the updated animation from the new Carmen Sandiego Netflix series with the graphics style of the original 1985 game.

To start your chase, simply head over to Google Earth or open the Google Earth app if you'd rather play on your smart device. You can either find the icon of the elusive criminal wearing her trademark red hat or go to g.co/carmensandiego, then click "Begin the chase," and voilà! You're off on an adventure around the world without leaving the comfort of your home.

People who grew up playing the game will be happy to see that Google's revamped version functions in pretty much the same way, per the blog post. To find clues, you can select the blue magnifying glass button to get some hints from locals who might have seen Sandiego passing by. You'll be asked trivia questions about the landmarks as you pass through, which gives you a chance to brush up on your geography and history skills while you play.

Once you think you know Sandiego's next move, you can simply click the orange airplane icon to head off in hot pursuit to your next location. There's no time limit on the game, meaning that it's totally possible that you'll spend hours sleuthing on Google Earth — plus, there's nothing to stop you from going on a detour and clicking on different locations if the fancy strikes you.

In a blog post, Google Earth's program manager Vanessa Schneider revealed that the company is planning to roll out more games soon:

To celebrate the global explorer in all of us, today we’re introducing "The Crown Jewels Caper," the first in a series ofCarmen Sandiego games in Google Earth. Created in collaboration with Houghton Mifflin Harcourt, the home of Carmen Sandiego, our game is an homage to the original. It’s for all those gumshoes who grew up with the chase, and for the next generation feeling that geography itch for the first time.

With more seasons of Netflix's Carmen Sandiego and even a live-action reboot reportedly in the works, there's never been a better time to get reacquainted (or acquainted) with the elusive smuggler and make your mark as a super sleuth of ACME. A Google rep confirmed to Elite Daily that the game will be available "for the foreseeable future," which means potentially hours of play time. Your first mission? To rescue the Crown Jewels, which Sandiego has made off with. The clock is ticking and there's no time to waste, so I'd head over to Google Earth to trace their whereabouts. Good luck!