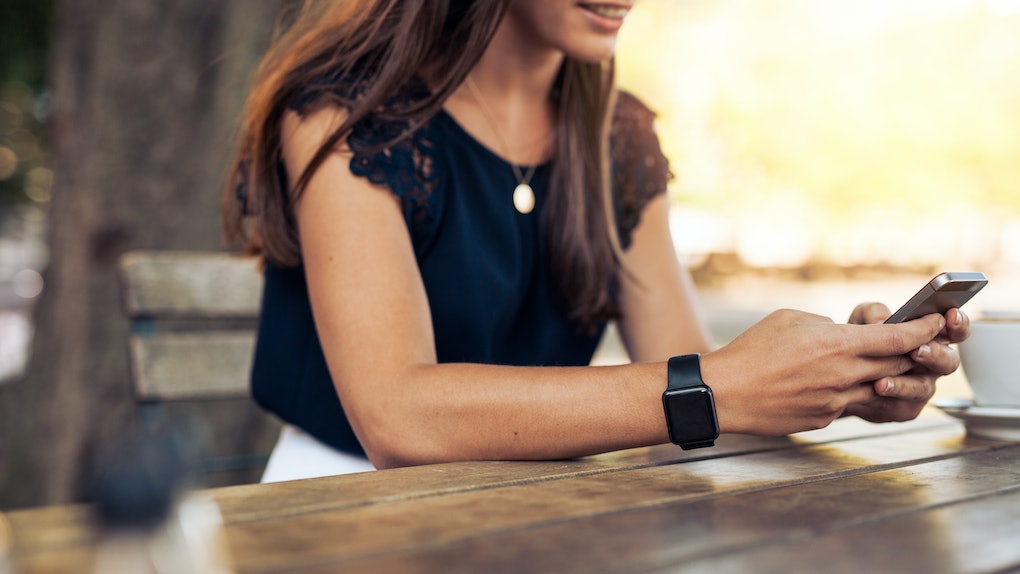 Excuses tend to be things we offer up to pardon people in our lives for the behaviors we can't wrap our minds around. If you've ever waited too long to get a text back, or had your date flake out at the last minute with a flimsy excuse, or been ushered out the back door by last night's hookup when you know their friends are waiting out front, you know this feeling. It's not a fun one. Getting no messages of interest from a person you like can be a disappointing and draining experience.

When you're in one of those situations, it's easy to make excuses. Maybe they didn't text you back because they dropped their phone in the toilet and it's currently soaking in rice. Maybe they dodged last night's date plans because they had to stay late at work. But let's set the record straight with help from dating coach Clara Artschwager. She says, "If you've made the effort — i.e. you've expressed interest in hanging out, you've suggested an activity, and so forth, and the person hasn't reciprocated — that shows their focus and energy rests elsewhere. No one forgets the things they actually want to do and experience."

That said, don't jump to the conclusion that this is a rejection of you. The person you're interested in might not just be up for dating right now. "Their lack of interaction could signal a whole host of things — they're not interested in you, they're not looking to get romantically involved with someone right now, something totally different is going on in their personal life and so forth," Artschwager points out. "It's crucial we don't automatically slap a negative perspective though on their lack of interest."

Ultimately, Artschwager suggests putting less stock into reading the "signs" that a person might be into you, and more stock in straight-up asking someone how they feel about the budding relationship. She observes that when people attempt to read between the lines of their crush's behavior and communication, it's often the case that "the underlying goal is often to try and unearth how the other person feels without having to actually ask," she says. "To avoid having to be vulnerable and say in so many words, 'Hey, I like you. How do you feel?' And then face potential rejection."

But while it might be less intimidating to stay silent and play detective, if you're putting effort into your connection with a person, you deserve to know how they feel about you. Plus, if there's potential for you two to have a satisfying relationship, asking where they stand shouldn't make them run. "At the end of the day, that one question is not going to put someone over the edge," Artschwager says. "They're either into you or they're not."

Being vulnerable is often tough, but remember this: The sooner you ask the question, the sooner you'll know the answer.

This post was originally published on May 22, 2015. Additional reporting was added on Aug. 30, 2019 by Hannah Orenstein.