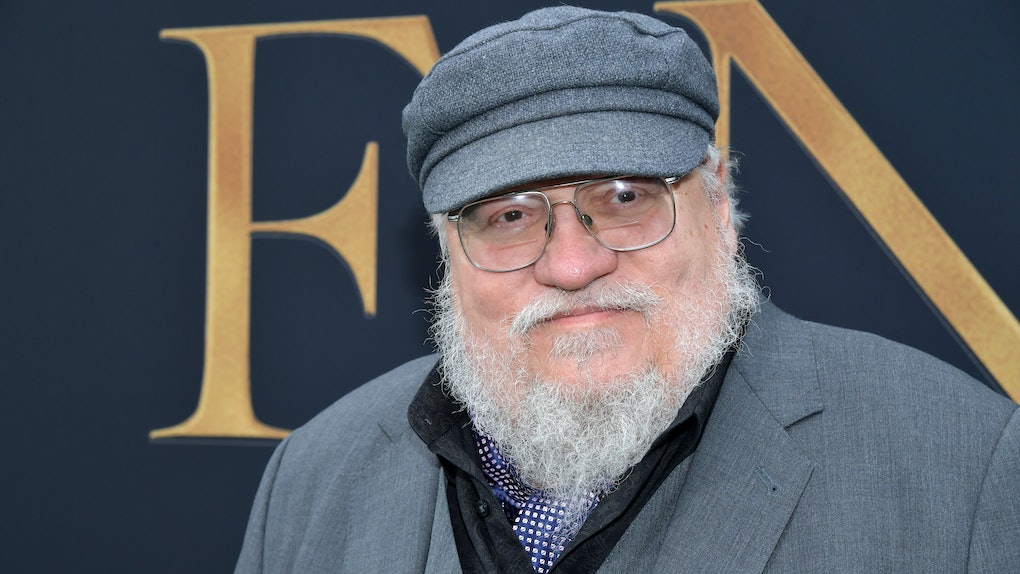 George R.R. Martin's Quotes About The 'Game Of Thrones' Series Finale Might Surprise You

The end of Game of Thrones didn't just reveal the end of a decade-long TV series. It also revealed the final twists in the A Song of Ice and Fire series of novels, which author George R.R. Martin has been stalled out on finishing for nearly a decade. Not that he's going to put the books aside, he assures everyone he's still trying to make his way through The Wind of Winter. But George R.R. Martin's quotes about the Game Of Thrones finale might surprise fans.

As most have probably heard, the end of Game of Thrones was super controversial. Not just in the adaptation, which struggled without books to draw from, but the actual plot points, including killing off Daenerys Targaryen, long believed to be the hero of the story. While some of the moments fans have debated, like Arya's role in killing the Night King, may have sprung from the showrunner's instead of the books, the final ending did not. Daenerys' death, Bran becoming king, Jon Snow going back to the Wall while the North basically Brexits from the rest of the Seven Kingdoms, according to an interview Martin did on 60 Minutes, this is all pretty close to his outline.

Considering these twists are the bulk of what fans didn't like, one might think Martin would have something to say about it.

Not quite. Instead, Martin discusses how the medium of novel writing and the medium of television will make these same plot points feel different.

I am working in a very different medium than David and Dan, never forget. They had six hours for this final season. I expect these last two books of mine will fill 3000 manuscript pages between them before I’m done… and if more pages and chapters and scenes are needed, I’ll add them.

This is actually one of the things about the final season that I have seen many fellow critics agree with. Whatever else, Season 8 had felt like a condensing of what must be a 3,000-page novel.

Martin also notes, as he has many times, that the show's small changes slowly divided the two works.

And of course the butterfly effect will be at work as well; those of you who follow this Not A Blog will know that I’ve been talking about that since season one. There are characters who never made it onto the screen at all, and others who died in the show but still live in the books… so if nothing else, the readers will learn what happened to Jeyne Poole, Lady Stoneheart, Penny and her pig, Skahaz Shavepate, Arianne Martell, Darkstar, Victarion Greyjoy, Ser Garlan the Gallant, Aegon VI, and a myriad of other characters both great and small that viewers of the show never had the chance to meet. And yes, there will be unicorns… of a sort…

But when asked if his ending on the page will be the 'real" ending as opposed to what fans saw in the finale, he scoffs.

Book or show, which will be the 'real' ending? It’s a silly question. How many children did Scarlett O’Hara have? How about this? I’ll write it. You read it. Then everyone can make up their own mind, and argue about it on the internet.

At least Martin knows his fans enough to know that last part will be inevitable.

More like this
This 2021 'Game Of Thrones' Season 8 Trailer Is So Confusing... & So Good
By Ani Bundel
Simu Liu's Tweets About The 'Kim's Convenience' Finale Promise "Tea & Receipts"
By Dylan Kickham
Is Nora Dead On 'The Wilds'? This Theory Will Give You Chills
By Rachel Varina
Stay up to date