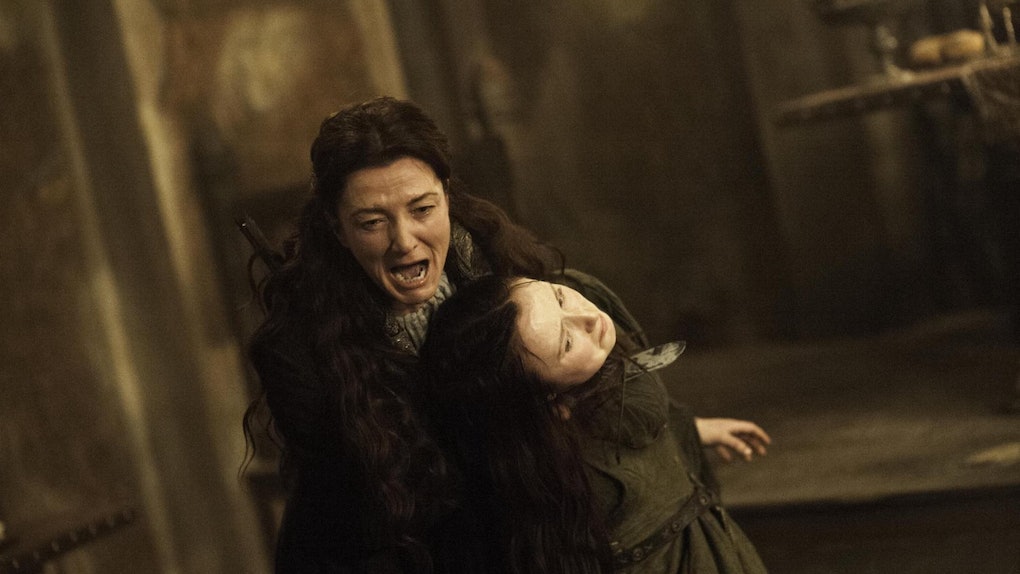 George R.R. Martin Kills Off ‘Game Of Thrones’ Characters For This Epic Reason

Summertime for many brings to mind long days and warm nights, BBQs, and pool parties. For those still in school, it's a time for summer vacations. For those out of school, it's still a time to go on vacation, to lay around in hammocks or on a beach towel, and read. Summer reading is a staple of the season, which is why PBS chose this time to be the time to release The Great American Read, with books from classics like Tom Sawyer to Game of Thrones. In a new PBS interview, George R.R. Martin explains Game Of Thrones deaths, and why he wrote the series the way he did.

Now, before anyone says "Martin hasn't finished," please consider the following. Martin is more than halfway through writing the A Song of Ice and Fire series. Moreover, and perhaps more importantly, the final seasons of the monster TV show driving the series popularity are following plot points Martin sketched out. And while Martin may never finish A Song of Ice and Fire, it was he who contributed the idea to the American fantasy oeuvre of "What If The Hero Dies?"

Before Martin, the idea of the novel's initial "Chosen One" dying was unthinkable. In fact, most good guys didn't die.

According to Martin, it was Lord of the Rings by J.R.R. Tolkien that drove him first to consider this idea.

Check out his interview with PBS below:

The Great American Read includes 100 books chosen by the country as their favorite reads. All three Lord of the Rings novels — The Fellowship of the Ring, The Two Towers, and The Return of the King — made the list along with the A Song of Ice and Fire novels. In Martin's telling, he discovered Tolkien in junior high, like many boys his age.

By the time I got to the Mines of Moria. I had decided this was the greatest book that I had ever read. ... and then Gandalf dies! I can’t explain the impact that had on me at 13. You can’t kill Gandalf! I mean, Conan [the Barbarian] didn’t die in the Conan books, y’know. Tolkien just broke that rule, and I’ll love him forever for it.

To Martin, the effect of losing a character like this was profound.

Because the minute you kill Gandalf, the suspense of everything that follows is a thousand times greater. Because now anybody could die. Of course, that’s had a profound effect on my own willingness to kill characters at the drop of a hat.

Of course, Tolkien then undid Gandalf dying, bringing him back as Gandalf The White. It's a bit of a cheat, emotionally manipulating the readers into thinking this character is gone, only to bring them back. Martin, on the other hand, does no such thing. In his books, when a character is dead, they're gone. Well, they're dead anyway.

And if they are brought back, it's a terrible thing they never want to go through again, as Jon Snow admits in Season 6.

Game of Thrones' final episodes will reveal the ending to his tale sometime before June of 2019 on HBO.