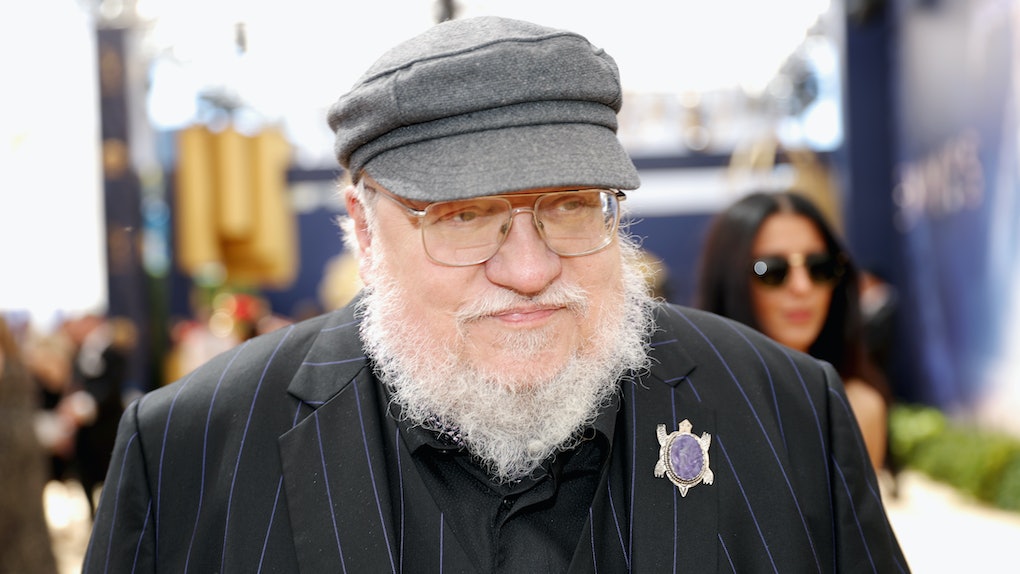 The excitement around the fantasy fandom at the impending arrival of Game of Thrones' final season is almost so thick it vibrates the air. For some readers, this is a moment they've been waiting for since 1996, over twenty years. But for writer George R.R. Martin, it's a bittersweet moment of his own. He started writing the story back in 1992, but he won't be the one to finish it. The show passed where the books end years ago now, and due to the changes, Martin doesn't know how Game Of Thrones ends. He doesn't know how the TV show version ends, anyway.

Martin hasn't worked directly with the show since Season 4. In a rush of enthusiasm as Season 1 was being filmed, he finished Book 5, A Dance With Dragons. However, then Martin put writing the books aside, to revel in his newfound fame and fortune and to help work on the show. It wasn't until he realized the series was gaining on him, and if he didn't finish Winds of Winter, it would pass him that he stepped away.

The truth was, by then, it was far, far too late. Martin isn't a fast writer. He's not a plot by plot person. The story reveals itself as he tells it, meaning his writing pace is very slow. Four seasons later, The Winds of Winter still isn't out. Meanwhile, Game of Thrones is coming to an end.

Before Martin stepped away, he gave the showrunners a rough outline of where the story goes from where they were at the time. He gave them some of his planed shock moments, like Hodor's death, and outlined how Daenerys and Jon Snow's story ends.

However, when it came to the rest of the characters? Not so much. The show had already diverged from his books in several cases and would continue to do so over three more seasons. (Bronn's story, for instance, is very different.) Speaking to Entertainment Weekly, Martin admitted he had no idea where some of those plotlines were going.

I haven’t read the [final-season] scripts and haven’t been able to visit the set because I’ve been working on Winds. I know some of the things. But there’s a lot of minor-character [arcs] they’ll be coming up with on their own. And, of course, they passed me several years ago. There may be important discrepancies.

As Martin meanders down the slow paths to get to his ending, the showrunners have had to cut straight through to get there. That means they are in the dark as to how the books end, save for the major plot points. According to showrunner David Benioff, “George discovers a lot of stuff while he’s writing.”

[The concern] used to be that the books would spoil the show for people — and luckily it did not for the most part. Now that the show is ahead of the books, it seems the show could ruin the books for people. So one thing we’ve talked to George about is that we’re not going to tell people what the differences are, so when those books come out people can experience them fresh.

It will be interesting to compare the show to The Winds of Winter and A Dream of Spring when they finally arrive. Meanwhile, Game of Thrones Season 8 premieres April 14 on HBO.