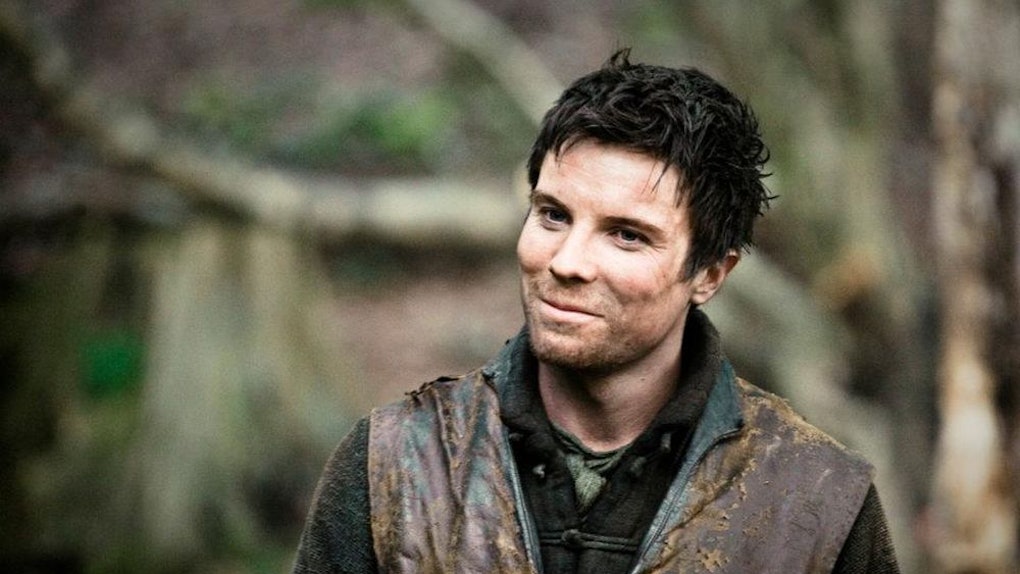 Gendry's Backstory On 'Game Of Thrones' Will Help Explain A Lot

It's always the ones that surprise you who find their way back onto the Game of Thrones board after seasons away. While some characters, like Sam Tarly and Varys, have been quietly sitting on the sidelines since Season 1, other characters disappear into the ether, gone for years, until the show suddenly brings them back. In Season 6, it was The Hound who returned out of nowhere. In Season 7, Gendry forged his way back after rowing off in Season 3. And Gendry's backstory on Game of Thrones will remind fans why he could be an essential player in the final season.

Gendry was born the son of King Robert Baratheon but on the wrong side of the sheets. His mother died when he was a toddler and Robert never knew he existed. Fans first met him in Season 1, when Ned tracks down Robert's bastards, following clues left by Jon Arryn hinting Prince Joffrey wasn't legitimate.

After Robert's death, his wife, Cersei, ordered her husband's bastards executed lest they challenge Joffrey for the throne, but Gendry was lucky. Ned got him hooked up with a caravan out of the city. It was in this group he met Arya, Ned's daughter, disguised as a boy, also being smuggled out.

Once Gendry figured out who Arya was, he did his best to keep her safe, even though he was a little nervous at the idea of her as a highborn lady. In turn, Arya was protective of Gendry, keeping tabs on him when they were at Harrenhal, and making sure he escaped with her when trouble arose.

In Season 3, the two of them found themselves taken in by the Brotherhood Without Banners. Gendry liked their philosophy of Robin Hood-like justice and planned to join them full-time, until they betrayed him by selling him off to the Red Priestess, Melisandre. She took Gendry to Stannis' castle, where she leeched Gendry's Baratheon blood to use for magical purposes. While she didn't kill him, Stannis' right-hand man, Davos, recognized the danger she posed to Gendry's life. Davos smuggled Gendry out of the castle, telling him to disappear.

That was the last anyone saw of Gendry until halfway through Season 7. With Jon Snow in need of a blacksmith who could work dragonglass into weaponry, Davos popped over to Flea Bottom to track the kid down. Gendry agreed to join the fight, and he and Jon bonded over their "bastards of highborn men" statuses. This led Jon to offer Gendry a spot in the expedition beyond the Wall.

Gendry survived the trip, mostly because he was sent back to Eastwatch to raven for help when things got bad. However, Gendry's survival may be critical to how things play out in Game of Thrones' final chapter. Not only will he arm Winterfell for war with the Night King, but his status as the only living Baratheon means he could be legitimized and take over ruling Storm's End in a new regime.

As for how things will play out when he and Arya meet again as adults, fans can only watch and wait. Game of Thrones Season 8 arrives Sunday, April 14, 2019.