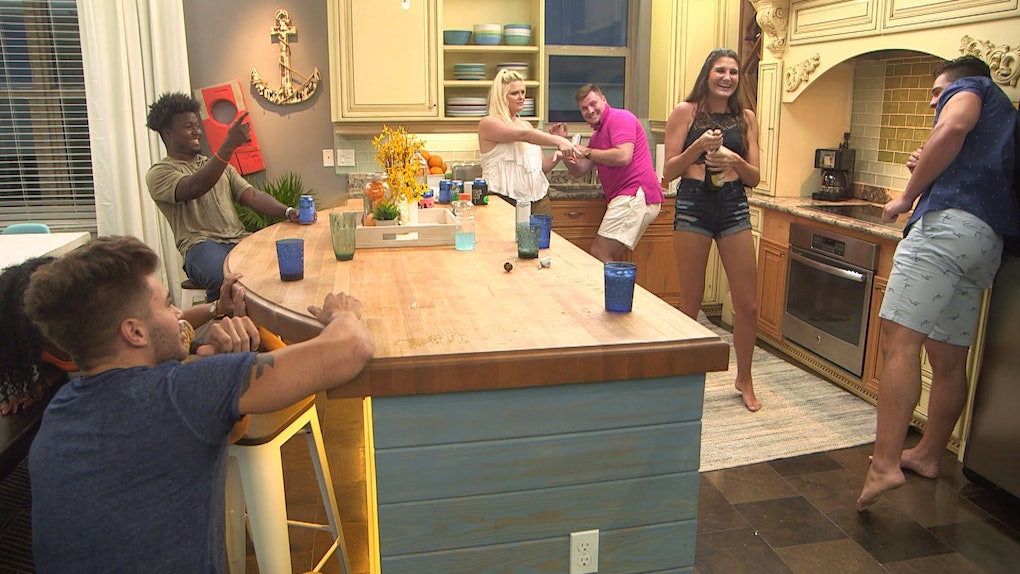 Summertime on MTV is all about the return of The Hills this year, but behind the scenes, it typically means the network is filming a new season of another reality show. If you live for watching 20-somethings make regrettable yet relatable choices from the comfort of a beach house, you're in luck, because Floribama Shore Season 3 is officially happening. All eight original cast members are returning, but the new season will have a slightly different look to it.

As TVLine reports, Season 3 of Floribama Shore will relocate from its original setting of Panama City Beach to St. Petersburg, Florida. The location change comes after the reality show's second season wrapped in February 2019 without any hints at whether a renewal was in its future. Slated to film this summer, Season 3 will likely continue the show's original theme of capturing the cast's summer shenanigans on the Gulf Coast and their balancing of partying and real-life issues. Viewers can also expect Jeremiah Buoni, Codi Butts, Kortni Gilson, Aimee Hall, Kirk Medas, Nilsa Prowant, Candace Rice, and Gus Smyrnios to reunite for the upcoming season.

The show's Instagram account announced the Season 3 renewal in a video of the cast's group text. As Alabama native Hall struggles with her cell service, the other stars bond over missing each other and facing the possibility of another summer together at the beach. Prowant then breaks the news about the change of scenery, texting, "I think it's time for us to be hot messes at a new beach." She then sends the location coordinates of St. Petersburg, another Gulf Coast city boasting the title of "most consecutive days with sunshine." No surprise, but the rest of the stars are totally on board in the video.

Season 2 of Floribama Shore premiered in July 2018, airing 26 episodes as opposed to Season 1's eight. Hopefully this means that fans can expect just as many episodes this time around — after all, the cast needs plenty of time to explore their new town, right?

The second season also ended on a slightly emotional note as the trouble-making Smyrnios admitted to his housemates that the Floribama Shore atmosphere had poorly affected him. He's still represented in the group chat announcement, so while the season may focus on the aftermath of his emotional struggles, it looks like Smyrnios is up for more Floribama Shore partying. He's also no longer a stranger to reality TV outside of the show, as he appeared on MTV's The Challenge: War of the Worlds earlier this year. Will some Challenge alums visit Smyrnios at the beach this summer?

Coming from the same team that produced Jersey Shore, Floribama Shore launched in 2017 as MTV's highest rated new series premiere in more than three years. Its second season then debuted as the series' highest rated episode, so fingers crossed that fans pull through for the premiere of Season 3. Good ratings mean an even higher chance of Floribama Shore returning for as many seasons as possible. But for now, fans are definitely "hashtag blessed" ahead of Season 3.

Season 3 of Floribama Shore will premiere this fall on MTV.