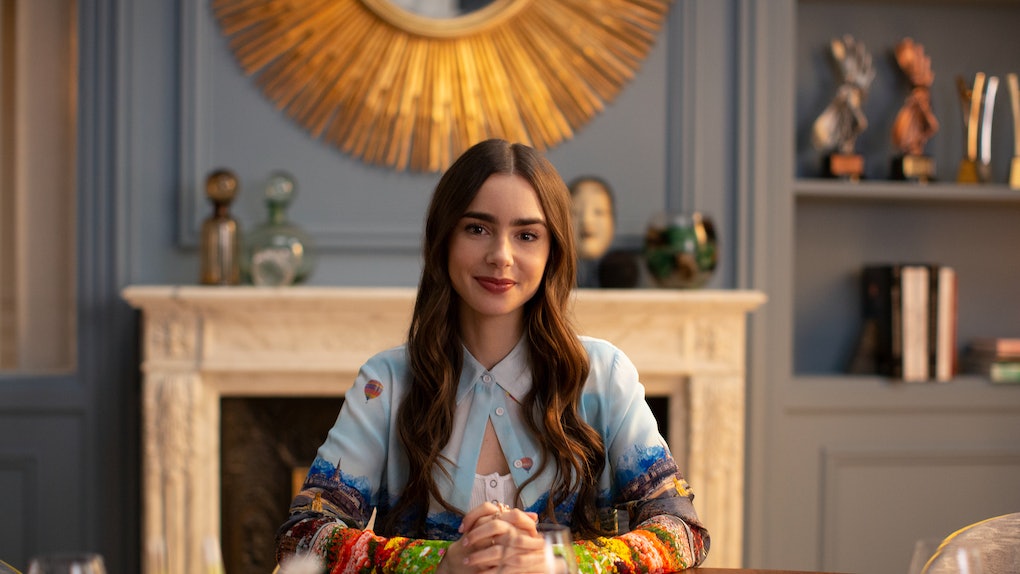 'Emily In Paris' Is Renewed For Season 2 On Netflix, So Pack Your Bags

The surprise hit of the fall for Netflix was Emily In Paris. Fans loved the sweet but ridiculous antics of Emily (Lily Collins), who is transferred to France despite not speaking a word of the language. Created by Darren Star (of Sex & The City and Beverly Hills 90210 fame), the series became a meme-a-minute generator, with more Instagram posts about the series than the character herself could post. But she'll get another chance to compete with her real-world popularity, as Emily In Paris is renewed for Season 2, via a brand new memo sent out by Netflix.

It isn't every show on the streamer that gets an announcement for renewal written as an in-world memo, but the fantasy of Emily In Paris is the type to inspire such flights of fancy. For the Season 2 announcement, Netflix sent out a formal letter, supposedly written by Emily's boss Sylvie Grateau (played by Philippine Leroy-Beaulieu in the series), on proper Savoir stationary. In it, Sylvie informs Madeline Wheeler, Emily's American boss, back in Chicago, that her employee will not be returning to America any time soon. Instead, they will need to work together to extend her work permit to continue her time in the country, one assumes for at least 10 more episodes.

Check out the announcement:

The letter lands Sylvie's oh so disapproving tone about Emily's abilities perfectly. "Despite her overconfident manner and lack of prior experience in luxury goods marketing, she has nonetheless managed to charm some of our hard-to-impress clients during her short time at Savoir."

Grateau goes on to admit everyone loves having "Emily in Paris." Considering Nielsen's ratings chalk the show's debut as landing squarely in the Top 10 most-streamed series for October, the Netflix's audience seems to feel the same. Hopefully, the social media roasting the show continues the garner will give enough cover to follow Sylvie's one request.

But please don't let her know that.

Along with the announcement, Netflix felt the need to correct us American fans who have been pronouncing the show's name wrong this whole time.

If that doesn't set Emily Cooper's social media followers running wild, nothing will.

Emily In Paris Season 2 does not yet have a release date.

More like this
'Emily In Paris' Season 2: Premiere Date, Trailer, Cast, Filming News, & More
By Dylan Kickham and Ani Bundel
When Will 'Grey's Anatomy' Season 17 Be On Netflix? Here's What To Expect
By Ani Bundel
TikTok's 'Shadow And Bone' Quiz Reveals Your Alter Ego From The Netflix Show
By Rachel Chapman
Stay up to date