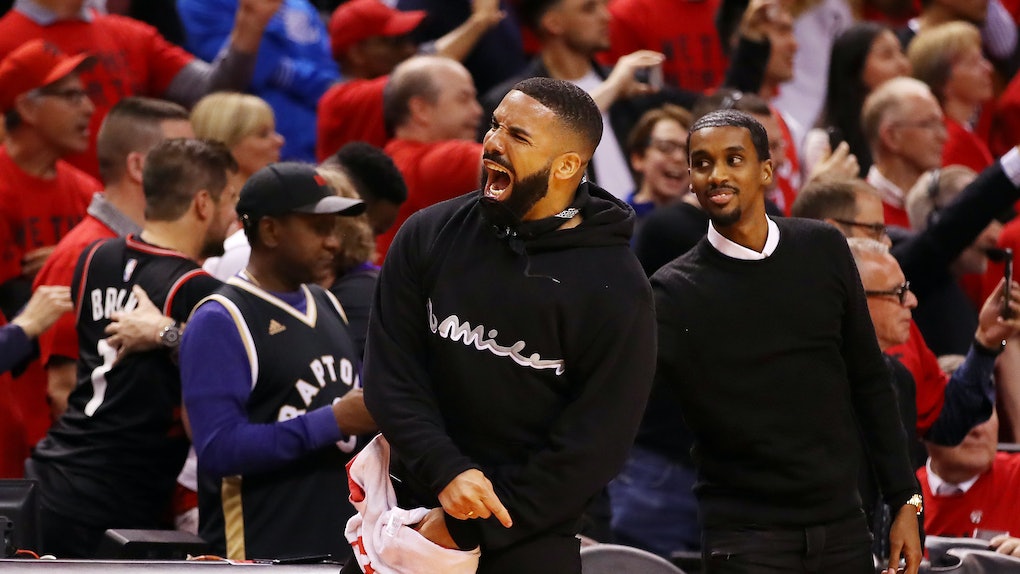 The company that makes this watch, Richard Mille, says on its website that "erotic timepieces are part of watchmaking history." Now that they mention it, there is something very sexy about checking the time. For example, when I'm on a boring date and I look at my phone to see that an hour has elapsed, I almost get wet at the possibility that it'll be over soon (of course, you can leave a date whenever you want, but I try to stick it out for an hour if someone is nice, but dull). The watch allegedly is meant to display the wearers deepest desires — although, to be fair, if I had to use a watch, my deepest desire would be for my iPhone to be charged again.

Drake's basketball team, the Raptors, lost to the Warriors on Monday, according to Elle, so his f*ck watch did him no good. He expressed a barrage of negative emotions following the upset — I can only hope his watch didn't fall off and shatter. I suppose positive thinking is useful in some situations, but maybe the players just didn't glean too much energy from Drake's desire to kiss their p*ssies. Alternatively, maybe one of their star players glimpsed the watch on Drake's wrist and couldn't help but take a second look, narrowly missing the shot. Again, I'm just speculating.

I'd personally love a f*ck watch. If I had the money, I can only imagine mine would read: "I'd love to — have spent $750,000 on — literally anything else." I've looked at a number of photos of this watch, and it' s still not completely clear to me how you'd actually read the time on it, but then again, that's certainly not the point. I'm happy for Drake, and I hope all his watch-wet-dreams come true!