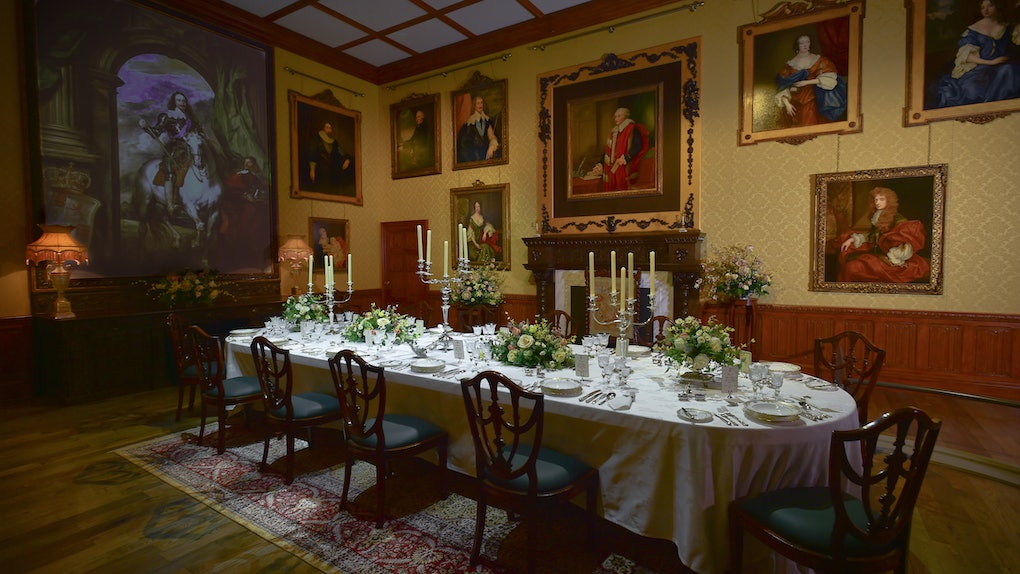 Downton Abbey: The Exhibition Is The Perfect Way To Transport Fans Back In Time

It's been nearly three years since the last time Downton Abbey graced our screens here in the United States. The historical period piece which took the world by storm, ran six seasons, covering the period from 1911 with the sinking of the Titanic through to the end of 1925. Since then, there have been rumors on and off about an upcoming movie. But while fans wait for that to come together, they can now attend Downton Abbey: The Exhibition, which transports fans back in time. Not just to the period of the turn of the 20th century, but also back to a time when the show was on our PBS screens every week.

Sarah Cooper, the NBC executive who worked on bringing this project to life, spoke at the High Tea at New York City's Plaza Hotel ahead of the opening. For her it was a rewarding experience it was to take this television show and turn it into an interactive museum piece.

It's interesting. You take something as successful as the show, you sort of put it all back in the bottle. You shake it up and then you... you know, pour it back out in a completely different medium. Making it feel like a story and like it has a beginning and middle and end and imagining it in a completely different way is such a conjuring trick. And we were very keen to use modern technology... cutting edge technology to make it happen.

Visiting the Exhibition is something else quite entirely. One part museum installation, one part interactive experience with CGI (14 video sequences were filmed for the exhibition specifically), and sometimes feeling a little like a walking theme park ride through the estate, this very modern way to experience the world of Downton is definitely worth the trip.

Walking in, the first thing that hits you is the music, the theme song to Downton (which is called "Did I Make the Most of Loving You?"). Some of the highlights from the series play in the lobby, while fans have a chance to step up to the greenscreen photo opportunity, and made part of the world of Downton.

Then one enters the three floor exhibition. The first floor is the world of downstairs, complete with the staircase from the upper floors, Carson's pantry, and Mrs. Patmore's kitchen, lovingly recreated, and filled with all the props from the original series.

There's also the room where the staff hang out when they're not hurrying to and fro at the master's beck and call. Next to it are kiosks where fans can apply for a job at the estate and seen which job they're most likely fit for. (Spoiler alert: Later in the inactive sections, we learn Carson apparently *does* get all those applications.) And of course, the most iconic item from downstairs is front and center: the bell board.

This is only the first of eight "themed zones." Up a flight of stairs (well, an escalator, as it *is* 2017) we reach the second floor, and the Upstairs world of Downton. Not only are the rooms you would expect to be there represented, including the dining room and Lady Mary's bedchamber, but this is also where most of the CGI portions of the exhibit are housed, including a room dedicated to the changing world of the series.

There is a display dedicated to Violet, Countess of Grantham, before passing through to historical exhibits based on the lives and times of our characters and their experiences.

There are 56 outfits from the run of the show on display here, dotted across all three floors. The first two floors have the costumes appropriate to downstairs and upstairs. But it's when you get to the third floor that the exhibit really knocks your socks off. The top floor is dedicated to nothing but the clothes worn on the series, including 26 hats, every wedding gown worn (including Mrs. Hughes!), all the gloves, and jewelry, accessories, and, of course, Rose's Royal Court Presentation Dress.

For serious fans of the series, the third floor is worth the price of admission alone. Check out just some of the collection:

Evening wear for "dressing for dinner."

Some of the more memorable outfits from the show, including Lady Sybil's Harem pants (right.)

Riding wear, for men and ladies.

All of the wedding wear from the series, with Lady Edith's final wedding gown front and center.

Downton Abbey: The Exhibition is on now in New York City. Tickets are on sale daily from 10am-8pm.