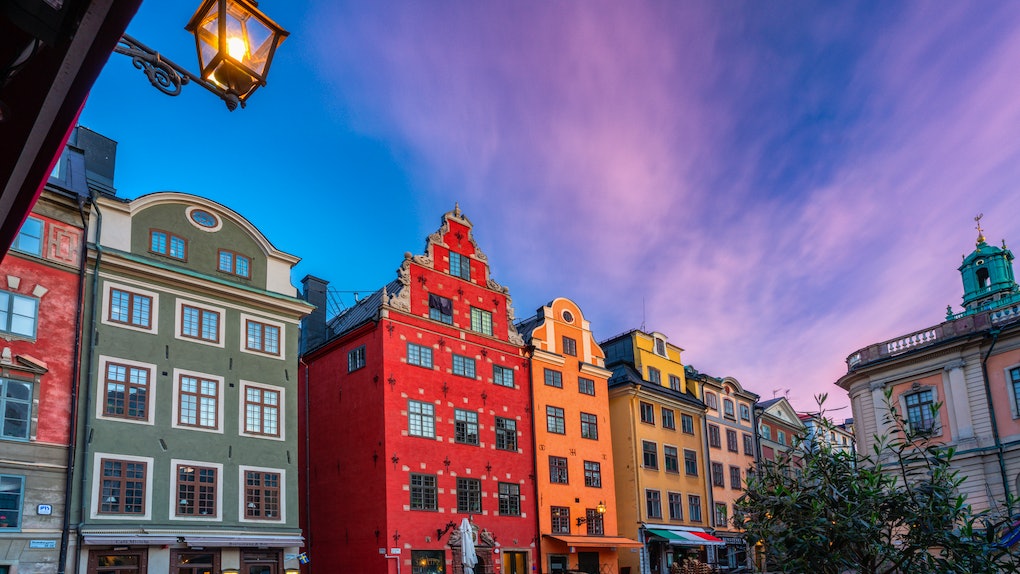 Get ready to pack your bags, because you can make your dream vacay come true by cashing in on some cheap international fares. Dollar Flight Club's Nov. 18 deals to Stockholm will help save you big bucks when planning your trip. Seriously, there are discounts of over 50% off typically pricey round-trip international flights. It's time to pack your bags, and get ready to for a Swedish getaway.

The Dollar Flight Club (DFC) Nov. 18 email highlighted some cheap fares to Stockholm, Sweden. According to the email, a round-trip flight from the United States to Sweden is usually between $850 and $900. With some prices as low as $360, you could be saving well over 50% on your international fare. Of course, these deals won't last forever. All prices are accurate as of publication but are likely to go up significantly in the next 24 hours, so your best bet is to snag a low fare as soon as you know it'll work for you travel plans. The best deals are between January and May 2020, depending on where you depart from.

On the East Coast, you can grab a $360 round-trip flight from Boston. New Yorkers traveling from JFK Airport will see a $386 round-trip flight available. Further south, travelers in Florida can still fly for under $500, with this $489 round-trip Miami flight, and those leaving from Orlando will pay $487. Finally, in the Midwest, round-trip airfare from Chicago's O'Hare Airport will cost you $492.

Unfortunately, there aren't many cheap fares departing from the West Coast, but if you can find some super cheap flights to the aforementioned cities in the eastern United States, you could still travel to Stockholm without breaking the bank.

If you do snap up a flight deal for the middle part of 2020, it'll be the perfect spring Euro-trip as the weather warms up in Stockholm. You can enjoy sights like the Royal Palace — which is open to the public and houses five museums — and the cobblestone streets in Gamla Stan, the Old Town of Stockholm, which its informational website says is "one of the largest and best preserved medieval city centers in Europe."

Since these super low international fares could change in a day, don't waste a minute when snagging your ticket to fly across the globe.