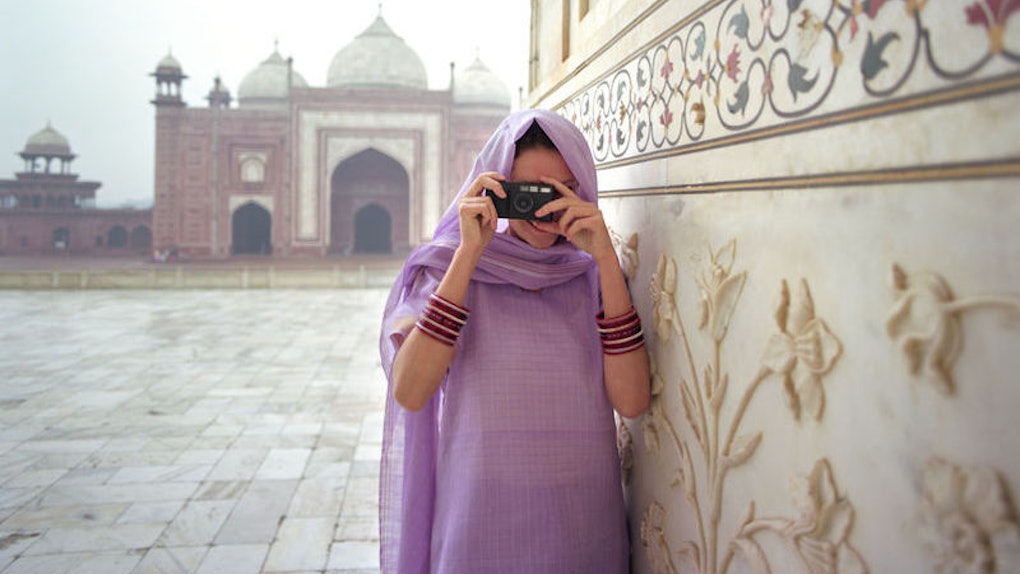 Dollar Flight Club's June 12 Deals To Delhi, India Will Save You $500, So Pack Up

Summer is basically here, which means you probably have a few beach trips planned. If you don't, then you might be in the process of booking your seasonal vacay — and I have the perfect destination in mind for you. Instead of packing your bags and heading to the shore, check out Dollar Flight Club's June 12 deals to Delhi, India. Sure, a vacay to India might sound expensive AF (it usually is), but you can save $500 on your round trip to Delhi if you act fast.

I'm not kidding: Dollar Flight Club (DFC), a company that scans the internet for cheap plane tickets and sends 'em your way, found affordable flights to India that you should totally check out. In a June 12 email from the company, a super affordable round trip to Delhi was unveiled. At the time of publication, that round trip (which only originates in Los Angeles, California on China Eastern Airlines) only costs $525. However, according to the company, that price will go up quickly (like, within the next 24 hours).

If you're intrigued by the idea of a worldly vacay to India, you might want to buy your plan tickets now and plan your trip later. It'd be a total bummer to miss out on the deal, especially if seeing India is on your bucket list.

If you're wondering what the urgency is, get this: If you book your round trip to Delhi when the price is still $525, you'll be saving $500 on your trip. According to DFC's email about the deal, a typical round trip from Los Angeles to Delhi costs around $1,025. Therefore, if you buy your plane tickets ASAP, you'll save almost half of that cost. When you think about it, you can take that extra cash and put it toward a hotel room during your stay.

Speaking of hotels, you're probably wondering what you'll be able to do when you get to India. If you end up booking your flights and scoring the deal, there are tons of places to go and things to see once you're in Delhi. In fact, Dollar Flight Club put together a list of "to-do's" so you know which places to add to your schedule when you arrive.

One spot that Dollar Flight Club mentioned on its list is the Red Fort, a fort with a red sandstone exterior that apparently hosts "Sound and Light" shows every night, per DFC. Another destination that the travel company noted is the Jama Masjid, one of India's biggest (and most popular) mosques. If you go there, DFC urges you to dress appropriately.

Other Delhi destinations that Dollar Flight Club mentioned in its guide include Humayun's Tomb, Swaminarayan Akshardham, and the Qutub Minar. Take a look at each one and add 'em to your itinerary.

If you're convinced that you want to travel to Delhi, book your flights ASAP and get to Los Angeles. According to Dollar Flight Club's email, the best time to take this trip is in September 2019. With that being said, check your calendar and start packing.

More like this
This Video Tour Of Disney World Reveals Cool Design Secrets Of The Magic Kingdom
By Lara Walsh
Smirnoff's Summer Of 2,021 Dreams Giveaway Includes Free Flights & Bucket List Experiences
By Lara Walsh
Here's How To Enter Hotels.com's Tax Write-Off Vacation Giveaway For A Chance At $2,700
By Lara Walsh
Stay up to date