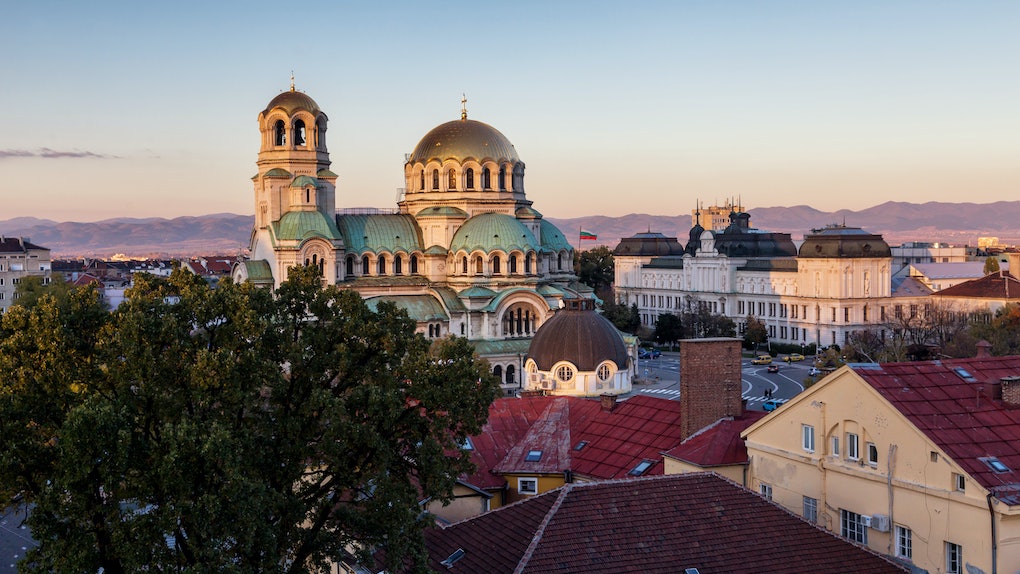 Dollar Flight Club's Aug. 14 Flight Deals To Bulgaria Will Have You Booking ASAP

Now that summer 2019 is officially winding down (sigh), you might want to prolong the season with a vacation of some sort. Instead of opting for a beach trip to your fave island, why don't you consider a European getaway? Thanks to Dollar Flight Club's Aug. 14 flight deals to Bulgaria, you'll be able to travel on the cheap. I'm not kidding, either: If you act fast, you'll be able to save over $500 on a round trip to Europe. However, prices will rise within the next 24 hours, so you'll have to make a quick decision if you're hoping to partake in the deal.

In case you're wondering, Dollar Flight Club (DFC) is a company that notifies its users about super cheap plane tickets that become available across the globe. Its most recent deals to Sofia, Bulgaria, were announced via email on Aug. 14, and the tickets that were advertised with the special will probably sell fast. So, without further ado, I'll tell you about those fares. Again, keep in mind that the following prices are live at the time of publication, but they could rise within "hours" or "minutes," per DFC.

With that being said, get your wallet out and start planning.

I know, I know, those flights aren't exactly "cheap." However, they're really affordable compared to the standard prices for plane tickets from the United States to Bulgaria (and back). According to Dollar Flight Club's email about the deal, a standard round trip would typically cost around $975. With that being said, some of the fares that are currently on sale will help you save over $500 on your vacay. If you end up buying a round-trip before the fares rise, you could use that extra cash on a hotel room, souvenirs, or food and drinks.

Speaking of food and drinks, you're probably wondering what you could do when you get to Sofia for your getaway. According to Dollar Flight Club's email, you could take a mini trip during your vacay and visit Rila National Park in Bulgaria, where you'll find a collection of glacial lakes called the Seven Rila Lakes. If you're not into hiking, you can learn about the country and its background by visiting the National History Museum that's located in the city. When you're done, you can check out Sofia's nightlife spots and "cheers" to your affordable vacay.

Again, if you're hoping to score cheap round-trip flights to Sofia, Bulgaria, start booking ASAP — because the affordable fares will likely rise within the next 24 hours.