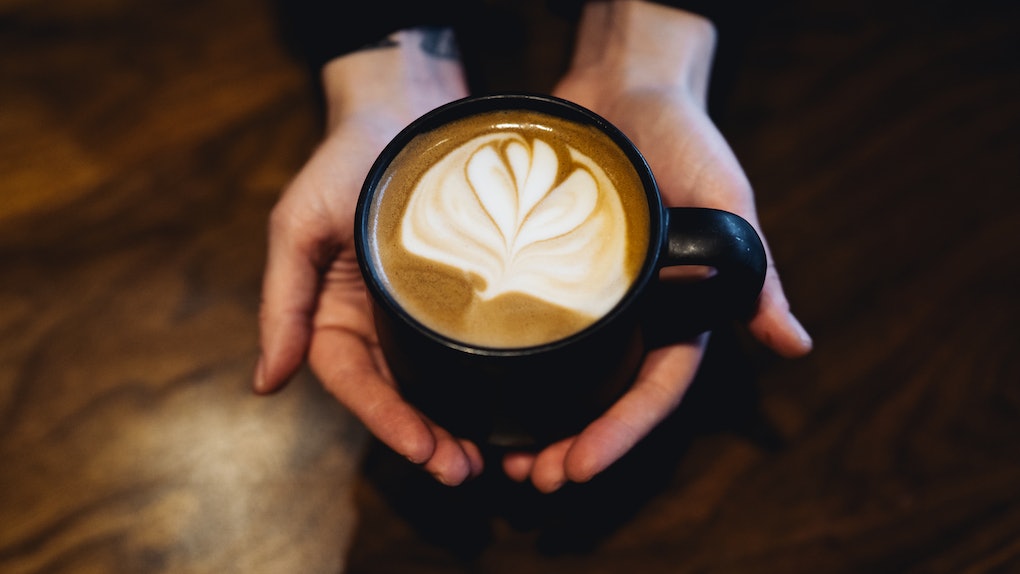 Does Starbucks Have Oat Milk? The Non-Dairy Milk Is A Creamy Upgrade To Your Coffee

Oat milk is all the rage right now. My Instagram is filled with people posting Stories of oat milk in their refrigerators and at grocery stores. The non-dairy product seems to be an increasingly popular choice for many people, IMO. After all of this hoopla about oat milk, I found myself wondering, "Does Starbucks have oat milk?" The short answer is yes, but it's a little more complicated than that. Here's what you need to know.

On Tuesday, March 12, Starbucks announced that the company would begin offering oat milk in select stores nationwide. As of now, oat milk is only available at five Starbucks Reserve locations in the U.S., according to the coffee company. Starbucks' oat milk can also be found at three Princi standalone bakeries in Seattle, Chicago, and New York, the company said in a news release. Here are the Starbucks Reserve locations where you can find oat milk:

Starbucks' latest non-dairy milk alternative brings about a "creamy, velvety texture" to your next coffee drink, per the company. It sounds super smooth to me. Aside from the Iced Caramel Macchiato, I love a good cappuccino from Starbucks. TBH, oat milk sounds like the perfect addition to sub in my next cappuccino or latte. You can think of it just like you would milk or creamer that you might add to your cup of java. Obviously, it's not exactly the same.

Personally, I haven't tried oat milk before, but it is really piquing my interest as of late. More so now that Starbucks is bringing the non-dairy milk to select menus nationwide. If you're reading this and wondering what exactly oat milk is, allow me to explain. Oat milk is a vegan alternative to dairy products. It can be used in smoothies, baked goods, and as an upgrade to your cup of coffee. It's made by combining oats and water for a period of time, and then straining all of the liquid out of the mixture. I'm probably (read: definitely) leaving a few steps out of the process, but you get the general idea.

In addition to oat milk, Starbucks also announced a new Italian coffee drink called Bicerin. This new menu item is also available at select Starbucks Reserve locations starting on Tuesday, March 12, according to the company. Bicerin is a popular drink in Turin, Italy. It's typically made with espresso, chocolate, and whole milk. Starbucks reimagined the classic brew in two flavors: chocolate and pistachio.

Starbucks' Bicerin beverage is made with a layer of chocolate sauce and a velvety crema made with nonfat milk, according to the company. The espresso is poured on top of the crema, where it sits in between the two layers, according to Starbucks. Rejoice, because this drink isn't going anywhere. It will remain on the Starbucks Reserve menu as a permanent menu item.

I know, it's kind of a bummer that oat milk isn't available at all Starbucks stores. This is definitely a step in the right direction, though. Hopefully, if oat milk is well received by customers, perhaps Starbucks will roll it out at all store locations someday. Who knows, though. I've been looking for an excuse to get back out to Seattle, and Starbucks' new oat milk might be enough to dictate the direction of my upcoming travel plans. I can't wait to give this a try.