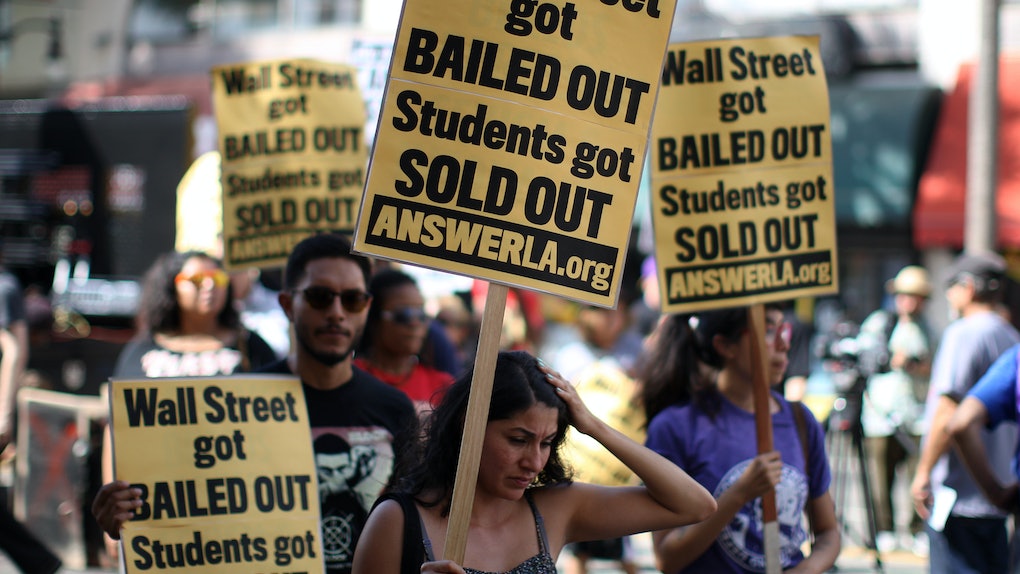 Does Moving Back Home Help Millennials Save Money? This Study May Surprise You

As of 2016, almost a third of millennials were living with their parents, per U.S. Census Bureau data (though let's hope that number has changed in the two-plus years since). But while common-sense budgeting may have prompted flocks of young people to fly home to the so-called coop in order to cut back on rental costs, does moving back home help millennials save more money? A new study about millennial finances asked this very question, and the results were surprising. If you're considering the move home, you might want to read this first.

As millennials have come of age, research has attempted to make sense of the elusive avocado-toast-eating, debt-laden generation. According to a November 2018 study called "Millennial Living" by financial group Comet, which surveyed about 1,000 millennials born between 1981 and 1997 about their living situation and financial means, millennials who moved back home actually didn't save as much than those who struck out to live with roommates or on their own. Wait, what?

Per the Millennial Living study, those living at home, despite saving hundreds of dollars a month on housing costs, only had an average of $7,400 in savings and had about $584 left over at the end of the month after paying bills. Compare that to those living on their own or with a roommate: On average, they'd saved up 53 percent more, with an average of $11,310 in the bank and an average monthly surplus of $684. So if saving money is the goal, living with parents isn't enough on its own to get there.

Of course, the reason is probably obvious to anyone who's been through it: Their employment situation plays a role. In fact, those living alone or with roommates were more likely to have full-time employment and be earning more than their at-home counterparts.

Unsurprisingly, the people who could afford to live in their own space could also afford to save a little more. The study found that nearly 57 percent of the live-aloners made upwards of $35,000 a year, with a quarter of them bringing in between $50 and $75,000. Conversely, 65 percent of those living at home made less than $35,000; while a staggering 23 percent earned less than $10,000 a year — well below this year's federal poverty line, which stands at $12,490 per person. While it's common sense that people can't really afford to go out on their own when they're not making enough to pay rent in the first place, it might reassure anyone who's blaming themselves over their financial difficulties or living situation.

There's more, though. Living at home also didn't help people get ahead much when it came to their loans. Collectively, Americans now owe more than $1.5 trillion in student loan debt, according to the Federal Reserve. Surprisingly, though it'd be reasonable to assume those living at home and not paying rent would have more money to pay off their loans, the study found this wasn't true. The two groups' average totals of student debt were fairly comparable, and those living at home weren't making much more in monthly payments towards them.

"We were all intrigued specifically by how alike the two groups were in their student loan situations," Claire Cole, a researcher for Comet who worked on the study, tells me in an email. "Clearly, student loans affect millennials across the board, regardless of living situation."

Moreover, living alone doesn't necessarily mean people feel any better about their situation financially. The live-at-home and live-alone groups didn't report vastly different levels of satisfaction with their finances. More millennials living at home reported being "not at all satisfied" with their money situation than those living alone, by a difference of 17.1-percentage points. Clearly, those who were downright unhappy at their financial situations were more likely to be crashing with their folks. But after that, people started to report more similar levels of satisfaction with their situation.

In fact, those living alone — most of them making significantly more money — were no more likely to be extremely happy about their money situation than those living at home.

This is pretty astonishing when you think about it. It suggests, in a sense, that some people who were "doing well" on paper apparently didn't seem to think so; or at least, weren't any happier about their financial status.

So what's the message? Is it that millennials need to all go out and get higher-paying jobs in more lucrative fields in order to achieve financial success? Not quite. There's no magic-bullet fix for financial struggles, and living at home may well be the best option for many people.

The financial experiences and challenges of millennials are very unique to their generation.

"It's clear from the data that income plays a large role in millennial finances (as it does for most people)," Cole says. But age, field, and career progression all "could impact salary, with older millennials who are further in their careers holding more advanced roles and higher salaries," she added. And on a case-by-case basis, things get even more tricky; someone could be making a hefty salary but have most of that income going to pay down loans or support a family member. Notably, the study didn't control for age, salary, location, career focus, or other demographic factors that might influence one's financial situation.

"The big takeaway our team got from this study was that the financial experiences and challenges of millennials are very unique to their generation," Cole says. "[D]ebt and finances are definitely not one-size-fits-all, and therefore, the solution shouldn't be either ... If a particular living situation helps position someone for a stronger financial future, it can be a prudent and responsible path to follow."

So there you have it: Whether you decide to live at home or go it alone, the key is to do whatever is financially best for you. Given how many factors can influence millennials' ability to save, it may be best to consult with a professional to find out how to reach your financial goals before, say, going cold turkey on the avocado toast.

More like this
Here's How To Enter Hotels.com's Tax Write-Off Vacation Giveaway For A Chance At $2,700
By Lara Walsh
The 4 Best Zombie Board Games
By Jenny White
60 Products Under $35 That Are Getting Wildly Popular On Amazon
By Rebecca Martinson
Stay up to date