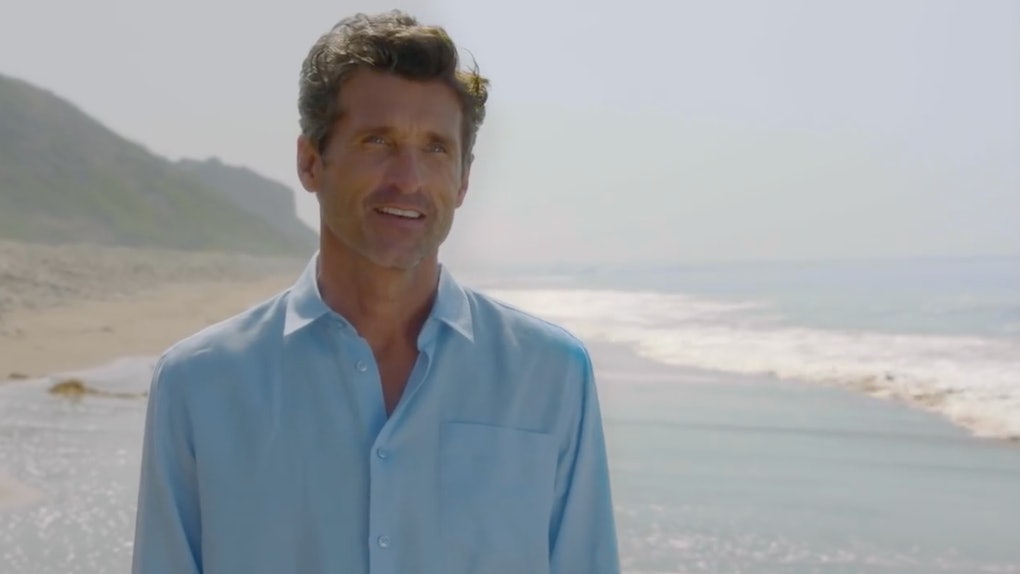 Does Meredith Have Coronavirus On ‘Grey’s Anatomy’? Patrick Dempsey Hinted At It

Meredith and McDreamy had the Grey's Anatomy reunion fans have been hoping for in the Season 17 premiere. But according to Patrick Dempsey, there's reason to be seriously concerned about what Mere's vision of her late husband means for her health. In an appearance on the Ellen DeGeneres Show on Wednesday, Nov. 18, the actor hinted that Meredith really does have coronavirus on this season of Grey's Anatomy.

In the last scene of the three-hour Grey's Anatomy Season 17 premiere on Nov. 12, the show's longtime protagonist collapsed in the Grey Sloan Memorial parking lot after working nonstop amid the pandemic. She then had a dream in which she reunited with Derek, who was killed off in 2015 during Season 11.

In his recent interview, Dempsey was telling DeGeneres about how lead actor Ellen Pompeo pitched the idea for his shocking return... but he also may have accidentally given away a key plot point in his spiel.

"We were playing catch-up, and she said 'What would you think of coming back to the show? Here's our idea of what we wanted to do for Season 17,'" the actor said. "I just thought... How great it would be for the fans to see everyone reunited in this really bizarre way? And to the credit of the writers, Krista [Vernoff] came up with this great idea where I come and visit her in her COVID dream."

Although the show hasn't officially revealed that Meredith has coronavirus, the Season 17, Episode 3 promo confirms Derek's reappearance spells trouble for his widow. In the preview, she's seen getting tests done. "If I fall asleep, I'm afraid I might not wake up," she confesses.

The clip also makes it clear that more MerDer is coming, as she continues to hallucinate her lost love on a beach. Vernoff previously told the Los Angeles Times that Derek will appear "three more times" this season. Whether that means Mere will have a long battle with the virus, fans will have to wait and see.

But no matter what happens next, the actor's return has clearly brought joy to fans during this dark time.

"There are so many souls that we have lost right now, so the idea of having angels around is very comforting, at least to me," he told DeGeneres, adding that no one besides Vernoff, Pompeo, and the crew knew about his return so that they could really give fans a pleasant surprise. "We were really concerned that someone would take a picture and it would get out somehow. But we managed to keep it a secret, which was pretty phenomenal. The impact, the response, has been incredibly overwhelming and very moving."