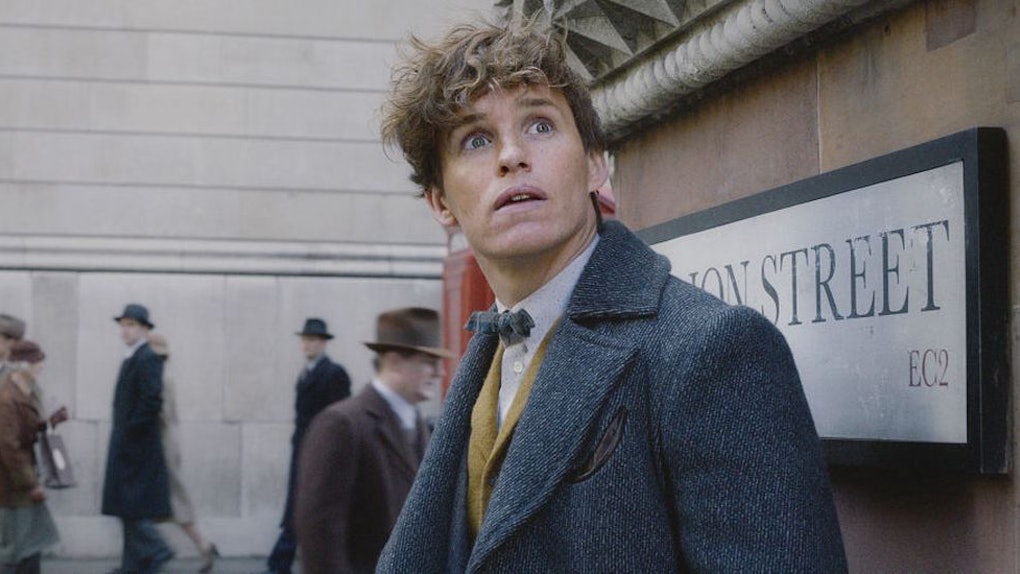 Does 'Fantastic Beasts: The Crimes Of Grindelwald' Have A Post-Credit Scene? Don't Wait

The second of the Fantastic Beasts films in the forthcoming quintet arrives in theaters this weekend to legions of eager Potterhead fans. But there are a few questions people have before heading into the theater. For one thing, how long is the movie? For another, how will the film tie into the coming Dumbledore-Grindelwald showdown? Is there a Fantastic Beasts: The Crimes Of Grindelwald post-credit scene? The original Fantastic Beasts film didn't have one, but with so many franchises following in Marvel's footsteps on this issue, it's good to know if one can leave the theater right after the movie ends or not.

The good news is Fantastic Beasts: The Crimes of Grindelwald is long, but not super long. According to reviews, the film clocks in at 134 minutes, or 2 hours, 13 minutes. This is the same length as the original Fantastic Beasts film, and actually shorter than most of the Potter films. (Only Harry Potter & The Deathly Hallows Part 2 was shorter, clocking in at 2 hours 10 minutes.)

But though mid-and post-credit scenes are all the rage with superhero films, for those in the magic business, these are not the going thing. Much like Fantastic Beasts & Where To Find Them, Crimes of Grindelwald has no scenes mixed into the credits to get the audience to remain seated until the bitter end. Instead, the credits roll the old fashioned way, ending on the Warner Brothers logo.

The idea of an after credits scene isn't entirely foreign to the Wizarding World of course, but most of the movies that played around with the idea were released long before Marvel and Iron Man made it a regular thing. Also, these weren't actual scenes, like the one where Nick Fury turns up asking if Tony is interested in a little initiative he's putting together. These post-credit sequences were little moments or cute references tagged onto the ending.

Harry Potter and the Chamber of Secrets, which came out in 2002, for instance, had a short clip with the next book released by the now-badly-addled Gilderoy Lockhart (Kenneth Branagh). Harry Potter and the Prisoner of Azkaban, which directly followed in 2004, ended with Harry's voice (Daniel Radcliffe) saying the movie's catchphrase "Mischief managed" to lead into the end credits, and then turning off the lights with a "Nox!" after the credits were done.

But both those films were by different directors, with Chris Columbus directing Chamber of Secrets and Alfonso Cuaron directing Prisoner of Azkaban. When David Yates took over the series starting with Harry Potter and the Order of the Phoenix, even those light touches utterly disappeared. Everything that happens in the movie stays in the actual movie.

With Yates helming all five of the Fantastic Beasts movies, including the coming three to follow, it's a good bet none of the films in this series will have post-credit scenes. But that's fine, it just means when the magic is over, fans can get up and go.

Fantastic Beasts: The Crimes of Grindelwald arrives in theaters on Friday, Nov. 16, 2018.