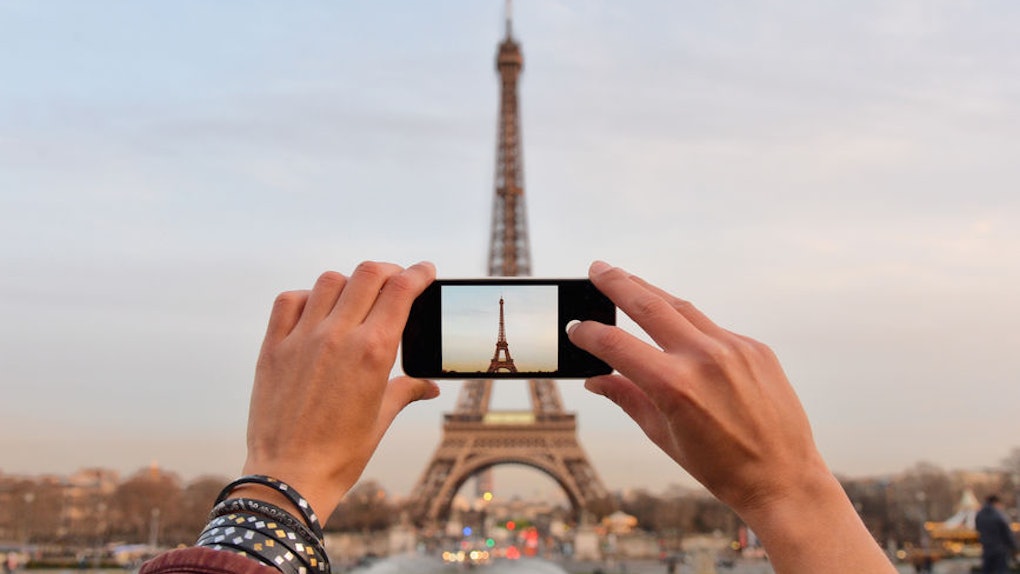 Do You Need A Visa To Go To Europe? Here's What You Should Know About ETIAS

Starting in 2021, Americans planning to travel to certain countries in Europe will have to add one more to-do to their checklist before crossing the pond. The days of hopping over to destinations like Paris and Rome sans paperwork are numbered, thanks to new ETIAS regulations that will make it (slightly) harder for U.S. citizens to take an impromptu trip to Europe. However, there's some good news if you're wondering: Do you need a visa to go to Europe? Here's everything you should know before you kiss your days of impromptu Euro trips goodbye.

Last year, travelers who live stateside started to panic when European Union officials revealed that they would be implementing a European Travel Information and Authorization System (ETIAS) beginning in 2021 for the Schengen area, which is comprised of 26 countries including popular vacation spots like France, Spain, Italy, Austria, Germany, and Portugal.

While Americans currently have their visa requirements waived and don't need any prior screening if they travel to these countries for less than 90 days, that would all change with this new online system, which is meant to perform extra security checks on any visitors. The ETIAS will require "pre-travel screening for security and migration risks of travelers benefiting from visa-free access to the Schengen area," per the official press release, meaning that U.S. citizens would no longer reap the benefits of paperwork-free travel to certain parts of Europe.

Frustration quickly set in when several news outlets first erroneously reported that Americans would need a visa to enter certain countries in Europe starting in 2021, but European Union officials took to their official Twitter account to clear things up on Friday, March 8.

Neither the #ESTA nor the future #ETIAS (EU equivalent) are visas. They carry out pre-travel screening for travellers benefiting from visa-free access.

So, no, you won't need a visa to visits any of the ETIAS-approved countries, but that's not the end of the story.

Visas aside, the new ETIAS system still means that Americans may have some extra paperwork to fill out before flying across the pond. Here's what you should know.

European Union officials reportedly told CNN that U.S. citizens and other current visa-free individuals traveling to certain countries in Europe beginning in 2021 will need to fill out an ETIAS registration. Keep in mind that countries that are not part of the European Union, such as England, Scotland, and Wales, won't be implementing this policy.

"Completing the online application should not take more than 10 minutes with automatic approval being given in over 95 percent of cases," the European Commission explained, per the publication.

Americans won't be the only ones affected by this change in policy, as citizens of other visa-free countries like Canada, New Zealand, and Singapore will also be required to fill out an ETIAS registration before entering a Schengen area.

Still, it's a lot less stressful than the announcement originally made out. In fact, it sounds a lot like the ESTA (the Electronic System For Travel Authorization) that the United States currently has as a security precaution for countries on its visa-waiver list. Come 2021, it'll be just one more thing to remember to tick off your checklist before you head to the airport.

More like this
What Is Boo Bash At Disney World? The Halloween Event Has Rides, Music, & Themed Treats
By Cianna Garrison
9 Best Disney Instagram Accounts To Follow When You're Daydreaming About The Parks
By Rachel Chapman
The 'Friends' Experience In NYC Sleepover Opp Will Make You Say, "Oh. My. God."
By Rachel Chapman
Stay up to date