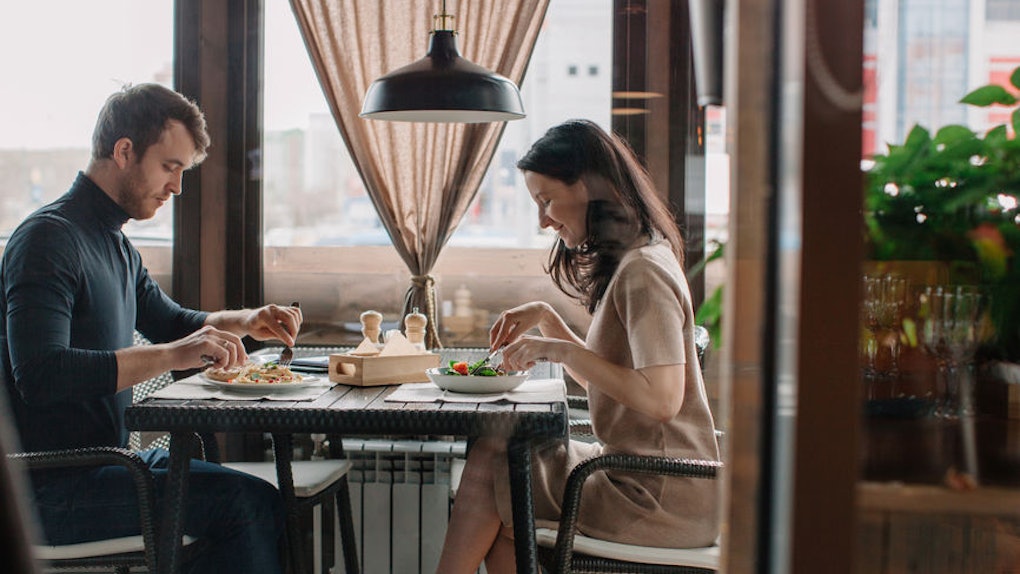 Do People Care About Who Pays On A Date? Here’s What Experts Have To Say

If you're out on a date with someone new, you're probably both a little excited and nervous at the same time. There could be a million thoughts running through your head all at once. Among them: Who should pay? The moment the bill arrives can feel awkward if either of you still believes in the old notion that one person should foot the bill, but honestly, do people care about who pays on a date? According to relationship experts, it truly depends on the situation and the people on the actual date, but in general, there are some etiquette tips you might want to follow.

Online dating expert Julie Spira tells Elite Daily that "traditional" etiquette still favors the man or the person who asked the other on the date to pay the bill. But times are changing, and there really is no one, golden rule about who pays for dates. What's important is that paying for dates is fair and comfortable for both parties involved. The good news is, you have several options.

"On early dates, the person who asks can pick up the bill," Nina Rubin, life coach, suggests to Elite Daily. "When in a relationship, many couples either split or alternate. It’s not fair for one person to be stuck paying all the time," she adds. However, Rubin also advises that it's "common courtesy for the person who is treated to leave a tip, so carry cash on a date."

If you do, in fact, prefer to be treated by the person who asked you out, Alessandra Conti, matchmaker at Matchmakers In The City, says you're not alone. There is no wrong answer, and everyone has their own preferences. "I have had many women come to my office lamenting about how offended they were that a man suggested that they went dutch; I have even had women say that they had a wonderful date, but then the man accepted her offer to split the bill, and it was then the first and last date," she explained. But again, this is not the case for everyone. For example, on my first real dinner date with my now-fiancé, I suggested we split the bill because it made me feel comfortable and somewhat in control. He had bought drinks a few nights before, so it also felt fair to split it, but his respecting my wishes made me feel even better about the date.

Conti also points out that if one person constantly pays for dates, and the other doesn't show any gratitude (by saying thank you, offering to pay for dessert, or leaving the tip, for example), they may feel like they are being taken advantage of. The key is to strike a balance. When in doubt, split the check!

At the end of the day, it truly does depend on the person. "Some people really care and see this as a deal-breaker," Rubin says. But others don't, and that's OK too. Just know that it might be important to your date, so make sure you work out something you're both comfortable with. Dates should be fun, and the last thing anyone needs is to stress about who reaches for their wallet when the bill arrives.