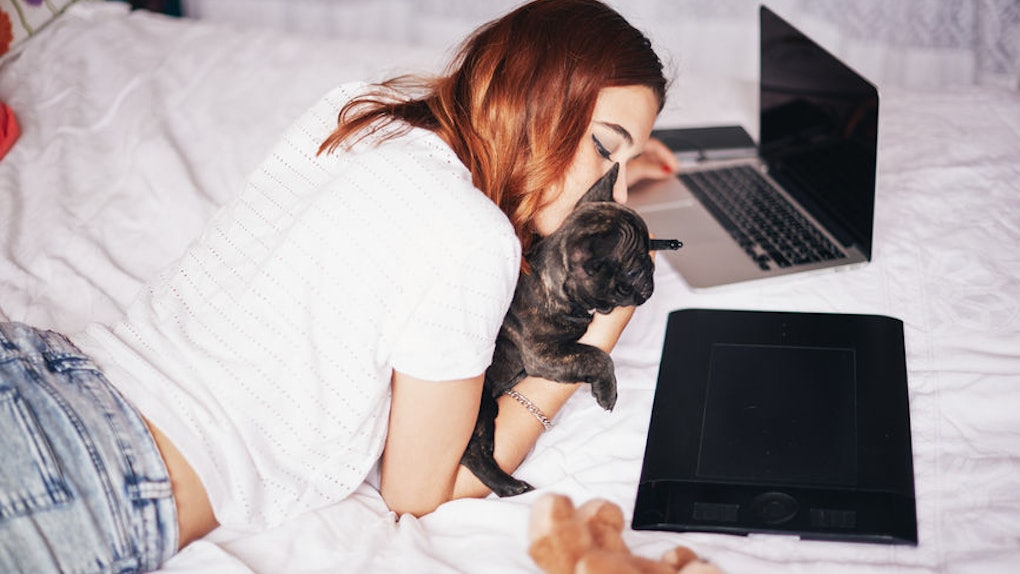 Do Millennials Care About Sex? New Study Finds They'd Rather Shop On Amazon

Despite being the great minds behind the term "DGAF," I think it's safe to say that millennials care a lot about a lot of things. We care about politics, we care about the environment, we care about women's rights, we care about the future of our country and our globe, and, of course, we care about each other. But... do millennials care about sex? A recent article published in The Atlantic first broke the news that young people are barely having any sex compared to generations before them. And a new survey conducted by Max Borges Agency, a consumer-tech communications firm, found that a significant portion of millennials would actually prioritize shopping on Amazon and drinking alcohol over sex.

Yep, that's right. In a survey of more than 1,000 American millennials who purchased consumer tech products on Amazon in the past year (so, like, most of us), the researchers were able to find that almost half of millennials (44 percent) would give up sex for an entire year before giving up on Amazon.

And to be quite honest, I'm not shocked. Don't get me wrong. Sex is great. But I don't need sex to survive. You know what I do need to survive? Food. And you know where I get my groceries every single week? Oh yeah, that's right: Amazon. OK, that was a dramatic example. But you get the picture. Amazon is a way bigger part of my day-to-day life than sex is. And I'm a sex and dating writer! So, yeah, if someone forced me to choose between the two, I'm not saying I definitely would choose Amazon... but I'm not saying I wouldn't choose it, either.

And sex isn't the only thing people would give up in exchange for Amazon. The study also found that the vast majority of them (77 percent) would give up alcohol for a year before deleting their Amazon accounts.

Honestly, I enjoy a glass of wine every now and then, but I can safely say that alcohol doesn't bring me nearly as much joy in my day-to-day life as ordering something on Amazon and having it delivered by my front door the next morning.

The most interesting part of it, as far as I'm concerned, is the fact that this isn't the first time that millennials have indicated that they would give up sex in exchange for another facet of life. For example, a study conducted by travel company Contiki a couple of months ago found that more than half of millennials (57 percent, to be exact) agreed that they would give up sex for traveling. Additionally, a large majority of those surveyed admitted they would choose travel over other luxuries such as Netflix (80 percent), coffee (77 percent), alcohol (73 percent) and carbs (60 percent).

Ugh, I know. So classically millennial of me.