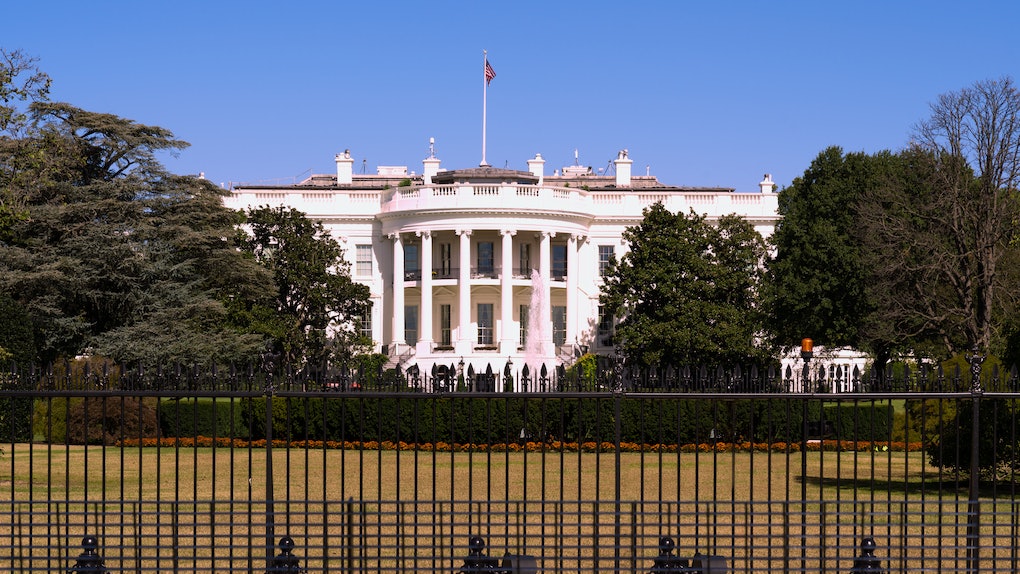 Did Obama Staffers Leave Notes In The White House? This Claim Is Wild

Welcome to the next installment of, "What's going on in the Trump White House?" On Tuesday, Nov. 19, White House Press Secretary Stephanie Grisham made bold allegations about former staffers for President Barack Obama allegedly leaving some... interesting parting gifts to Trump administration newcomers. So, did Obama staffers leave petty notes in the White House? This is a controversial claim.

The drama began when CNN reporter Abby Phillip took to Twitter on Nov. 19 to share comments Grisham made about former President Barack Obama administration staffers. According to Phillip's tweet, Grisham claimed staffers had allegedly placed books about President Obama all over the White House and even left sticky notes with comments reading "You will fail" and "You won't make it." Grisham was quoted by Phillip as saying,

We came into the WH, I’ll tell you something. Every office was filled with Obama books and we had notes left behind that said ‘you will fail,’ ‘you aren’t going to make it.'

Rice referred to Grisham's claim as "another bald faced lie." Press Secretary for the Department of Homeland Security Peter Boogaard also called the claim an "outright lie." Peter Velz, the former Press Assistant to President Obama, also shared an image of the actual note he had written to his successor before leaving the White House. However, the real pièce de résistance was when Joanna Rosholm, the former East Wing Press Secretary (and Grisham's predecessor) shared the note she had written to Grisham once leaving her office.

Souza tweeted that given the pettiness of the alleged notes, it seemed likely that someone would have kept a few that would prove Grisham's point.

Amid the controversy, CNN White House Press Correspondent Jim Acosta also took to Twitter, sharing a statement from Grisham in response to the backlash. In Grisham's statement, she acknowledged some staffers had not left hurtful notes, but claimed the alleged notes came from "the lower press offices." Elite Daily reached out to the White House for comment on Grisham's allegations, and on the backlash it has received, but did not hear back in time for publication. Per Acosta, Grisham said,

I'm not sure where the officers were, and certainly wasn't implying every office had that issue. In fact, I had a lovely note left for me in the East Wing, and I tracked the woman down and thanked her. I was talking specifically (and honestly) about our experience in the lower press office — nowhere else. I don't know why everyone is so sensitive! At the time we saw it as kind of a prank, and something that always happened. We were so busy trying to learn where the bathrooms were and how to turn on the lights, it wasn't that big of a deal.

The note controversy is wild to say the least, and while some staffers quickly defended themselves, others decided to have some fun with it. Cody Keenan, a former speechwriter for President Obama, joked on Twitter he hadn't left a nasty message, but "forgot his iPhone charger" and asked if "anyone had seen it." He also denied Grisham's claims that former staffers had left the alleged notes. Additionally, another former speech writer Jon Favreau joked that he was "appalled" that Grisham would assume former staffers' joke "would have been that lame."

With every administration comes changes. Hopefully, petty notes are not among them.