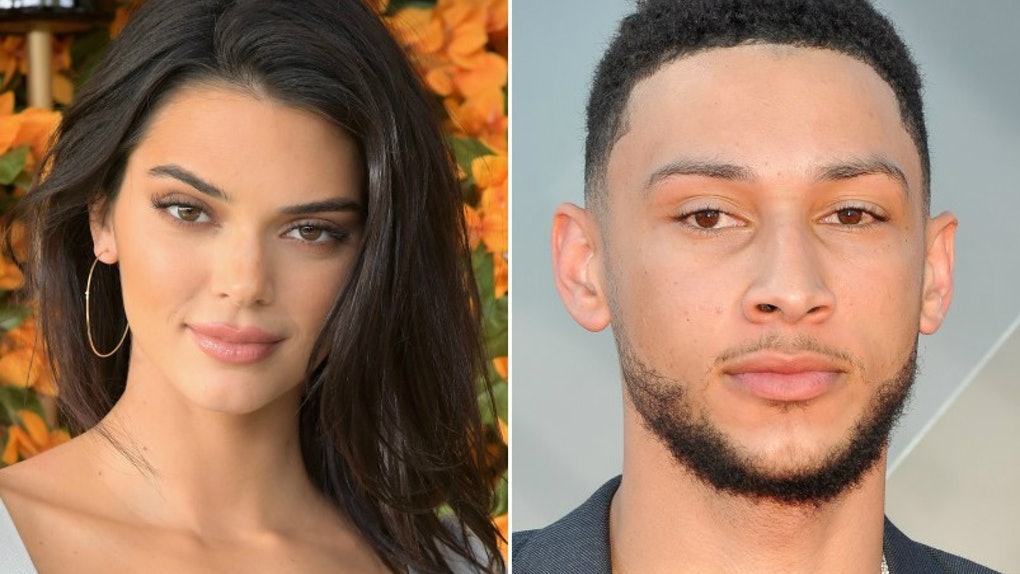 Did Kendall Jenner & Ben Simmons Break Up? Things May Be Slowing Down

I'm a Philly girl, and I'm not ashamed to admit that one of the best things about going to Sixers games this past season was getting to catch a glimpse of Kendall Jenner sitting courtside. The reality star just seemed so low-key and normal when she was watching her bae — that would be one Ben Simmons of the Philadelphia 76ers — play ball, that I could actually see these two making it for the long haul. So yeah, I stan Bendall. Big time. Which is why when I first started hearing rumors that the pair were doing the whole Ross and Rachel "on a break" thing, my heart was a little broken. Did Kendall Jenner and Ben Simmons break up? Because I really love these two together and want to protect their relationship at all costs. Go ahead and judge me if you want, but it's true.

If you're new to the whole Bendall thing, here's a little background for ya: Jenner first started rolling up to Sixers games last fall, but she didn't actually confirm that she was dating the NBA star until she popped up on The Ellen DeGeneres show in February 2019.

A few months later, the 23-year-old model talked about the possibility of getting hitched to Simmons one day in the May 2019 issue of Vogue Australia. Things were moving fast, y'all! But then Page Six ran a report on May 22 claiming that Jenner and Simmons had already broken up, and OMFG can someone please tell me how we got here?

Elite Daily reached out to Jenner's team regarding the alleged breakup, but did not hear back in time for publication.

Meanwhile, a source told Page Six that Simmons was spotted partying it up without Kenny in Atlantic City, New Jersey, for a friend's birthday, and that there was "buzz among Ben’s entourage" that he and Jenner had already been dunzo for about a week.

Then, on May 23, People reported that a source close to Jenner said Bendall was "on a break."

"The relationship ran its course," the source reportedly said. "She’s spending time with her friends and back to being in fun mode."

Fun mode? Since when is sitting courtside at a Sixers game and then hitting up a local Benihana not fun?

Sorry, I'm just so invested in these two and really bummed out about this development. You know, if it's true. I mean, Kenny was just talking to Vogue about the possibility of "maybe one day" marrying this guy, so I refuse to give up all hope.

I mean, I guess it wasn't a definitive response. But it was something.

Anyhoo, the supermodel also revealed to Vogue why she chose to keep her relationship with Simmons private for so long.

"The second you make it the world’s business is when it starts messing with the two people mentally," she explained. "Like once everyone is let in, you’re letting all these opinions into your relationships, and I don’t think that’s fair."

Honestly, this makes a whole lot of sense. I hope going public with their romance isn't what let to Bendall's downfall. But if these two really are dunzo, I hope they each find the happiness they deserve, because they both seem like really nice people.

If only their breakup didn't involve a Ross Geller meme.

More like this
Kendall Jenner Shaded Selena Gomez On Twitter & Selenators Went OFF
By Michele Mendez
Is Saweetie's "See Saw" About Quavo? The Lyrics Are Brutal
By Corinne Sullivan
Here's Where Colton Underwood & Cassie Randolph Stand After He Came Out On 'GMA'
By Corinne Sullivan
Stay up to date