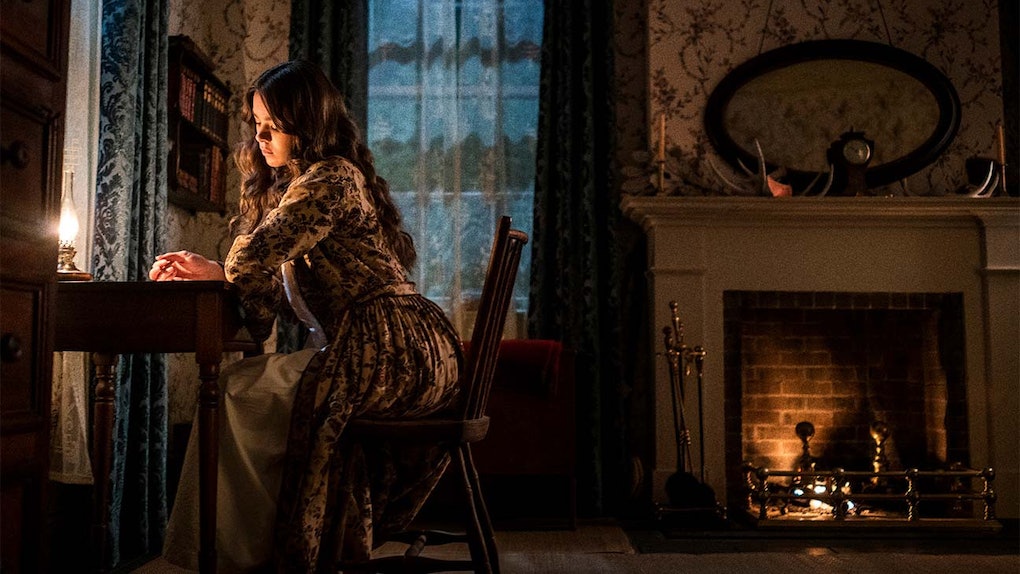 When Apple TV+ arrived in November of 2019, critics were less than impressed. Shows like See and For All Mankind got less than stellar reviews, while The Morning Show felt overhyped and underbaked in the early going. But the fourth series the streamer launched with, Hailee Steinfeld's Dickinson, almost immediately developed a loyal following, and by the time Apple TV+ had settled in, it had become the streamer's first word-of-mouth hit. Luckily, producers took advantage of its early Season 2 renewal and finished filming the second season before the coronavirus pandemic shut down productions, making it the only Season 2 of the four original shows arriving relatively on time. No wonder Dickinson Season 3 is already greenlit. Here's everything we know about the third season's premiere date, cast, and more.

With so many of Apple TV+'s shows running on a delayed schedule, Dickinson's second season won't arrive in November of 2020, despite the initial season premiering in November of 2019. Instead, the show's next round has been pushed back just a few weeks to January of 2021. That gives the production a little bit of breathing room for getting filming for Season 3 off the ground.

But this leaves the question of where the show plans to go in the third season. Season 2's synopsis promises Emily will be "pulled out of her private literary life and thrust into the public eye." Depending on how that goes, Season 3's trajectory could vary vastly.

It also made Dickinson the first Apple TV+ series in history to land three seasons. To be fair, Apple TV+ hasn't even been streaming a year yet, but it's still a nice feather in the show's cap.

With Season 2 not yet on the air, it's hard to know for sure who will be back for Season 3, other than Steinfeld as Emily herself. Most of the cast is back for Season 2, though, so that's a good sign. Toby Huss and Jane Krakowski will play Emily's parents, Adrian Blake Enscoe and Anna Baryshnikov are her siblings Austin and Vinnie, plus Ella Hunt plays Sue Gilbert, Austin's fiancée and Emily's BFF. Season 2 will also bring back Wiz Khalifa as Death. It's a good guess all will be back for Season 3 as well.

There's also a new round of guest stars for Season 2: Nick Kroll as Edgar Allan Poe, Timothy Simons as Frederick Law Olmstead, Ayo Edebiri as Hattie, Will Pullen as Nobody, Finn Jones as Sam Bowles, and Pico Alexander as Ship. It's unclear if these characters will be one and done like John Mulaney as Henry David Thoreau and Zosia Mamet as Louisa May Alcott were in Season 1 or if they will carry over to Season 3.

Part of the problem with trying to guess where Dickinson goes next is that the series is only very loosely sticking to the facts of the real Emily Dickinson's life. Some of what the show covers involves longstanding scholarly speculation, like her love affair with Sue. Others are taking that speculation and pushing it further, like her feminist opinions.

But some of the show's conceits are just an outright fantasy, including the synopsis for Season 2: The whole tragedy of Emily Dickinson is that she died unknown. She had been dead for years before her writing became famous, partly due to Austin and Sue's tireless work of getting her name out there. Since Season 2 is granting her fame that never happened in life, it's a mystery where Season 3 would go next.

The bad news for fans is that Dickinson Season 2 isn't arriving until January of 2021, when it will drop three episodes right away, and then once a week after that. But that's good news for Season 3. With Season 2 arriving firmly in 2021, the production has a year and change to film a new season and plenty of time to account for any coronavirus-related delays. Fans can reasonably expect Season 3 to arrive on Apple TV+ in 2022.