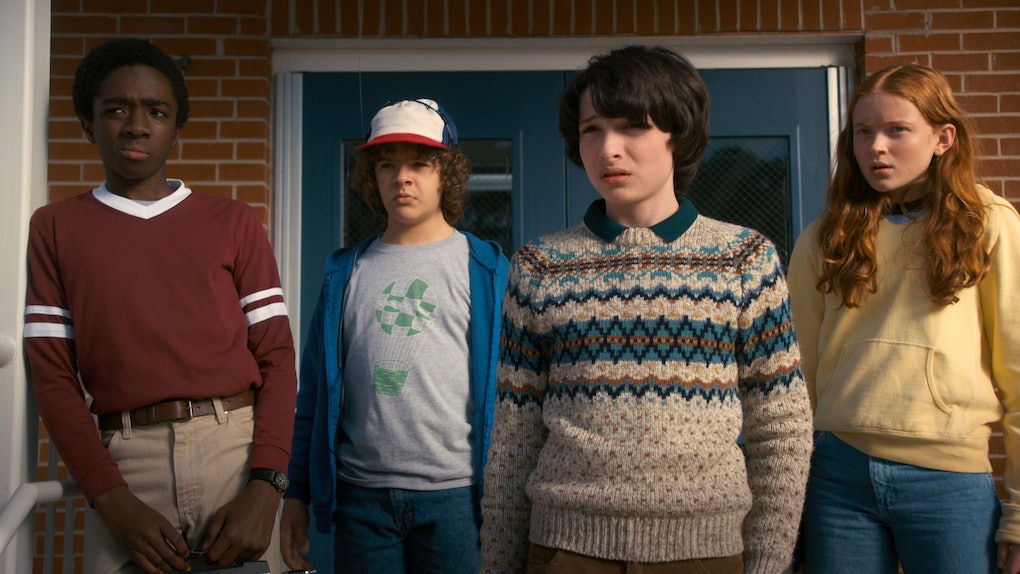 Demodogs vs. Demogorgon On 'Stranger Things': What's The Difference?

Last season on Stranger Things, fans were convinced that the game of Dungeons and Dragons in the epilogue had revealed the new monster for Season 2: the Thesselhydra. Instead, we learned the Demogorgons were back again, but in a slightly different format, running in packs like dogs. Or, as Dustin named them, "Demodogs." But what exactly is the difference between Demodogs and Demogorgons on Stranger Things? And why is it important? Beware: This post contains spoilers for Stranger Things Season 2.

In the first Stranger Things season, the Demogorgon wasn't strictly a Demogorgon out of Dungeons and Dragons, but a play on the same concept, leading the boys to call it as such. According to D&D lore, the Demogorgon is known as the Prince of Demons, a self-proclaimed title that mortals and other fellow demons acknowledge because of his power and influence. The Demogorgon is an 18-foot-tall, reptilian (or amphibious) tanar'ri who takes a somewhat human form. He also has two heads that sprout from his two necks, and his arms also sport long tentacles.

The creature that came out of the Upside Down is clearly amphibious, but it doesn't have two heads. Instead, it had a face that opened up like a flower and eats its victim's insides. It was, though, a very tall creature (maybe not quite 18 feet high), and it definitely walked upright when it came out of the Upside Down and captured Will, when it broke through to attack Nancy and Jonathan (and Steve), and again at the middle school in the final episode. It also worked alone — a single, solitary creature that came out of the darkness and the "underworld," which is part of why the boys thought of it as a Demogorgon. (Also, it got Will, just like in the game.)

Let's compare this to what fans see in Season 2. The pollywog-type creature Dustin found does not initially look like a Demogorgon. It had a tiny mouth that was not yet ready to flower open, and it was also much more pet-like in the beginning, accepting the safety of a tank to sleep in, answering to a name it was given ("Dart"), and eating the 3 Musketeers bar Dustin fed him.

This is why Dustin did not recognize the creature for what it is, because it was different than a Demogorgon. The "Demodog" has adopted pet-like behaviors as a survival technique in its new world.

But the differences do not end there. Even when Dart reached full-grown status outside the Upside Down, he did not reach a point where he walked upright like the original creature did, nor did his torso have the broad shoulders and the smaller hips of a two-legged creature. Instead, he remained on all fours, like a dog, with arms and legs that functioned the same way a dog's did, and a back that needed to be held horizontally instead of vertically.

And then, there's the fact that these Demodogs were not solitary creatures. They worked in packs, like wolves or lions. In every instance fans have seen them kill, they worked as a team, not solo. They remained attached to those they've adopted as members of their pack, as viewers saw toward the end of the season, when Dustin and Dart reconnected in the tunnels under Hawkins. That was also a major change from Season 1, when the original Demogorgon would have killed Eleven as quickly as anyone else.

So how did the Demodogs come to be? That is a question still left unanswered. But it's interesting to note that the Thesselhydra (which still may be the Shadow Monster) was the type that could easily interbreed with other creatures and take on their characteristics.

The Demogorgon larvae Will spat up in the sink in Season 1 probably grew to full size without being detected. (Because clearly it must have done so between now and then, since the new ones grew so fast.) If it then used a dog (domestic or otherwise) to host its next batch of larvae, that could create the creatures fans met this year: the Demodogs. Here's hoping audiences will learn more about these creatures in Season 3.