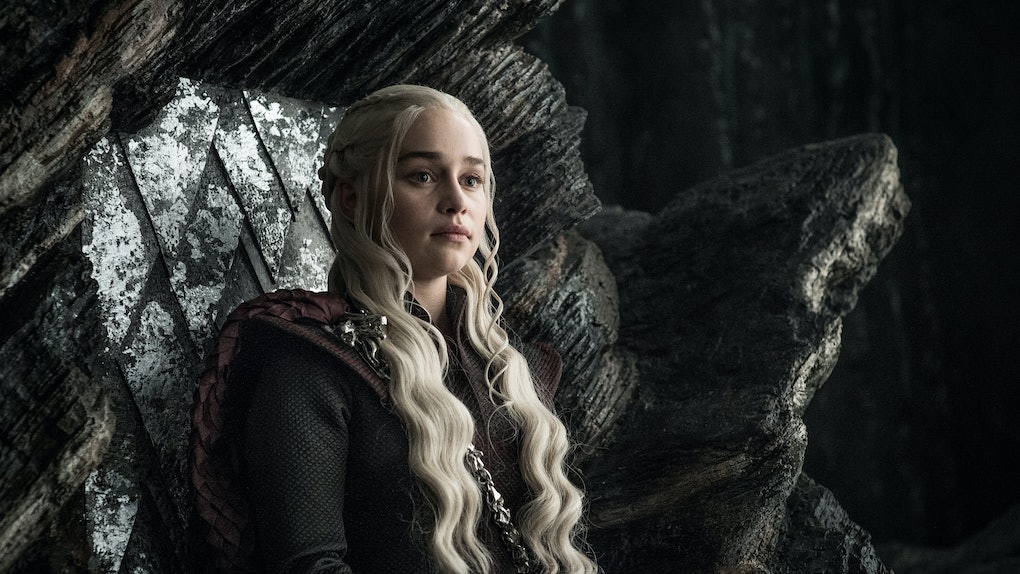 Game of Thrones won't return to the airwaves until at least January of 2019, if not later, but this week will most likely be Westeros news heavy, as the cast gears up for their Primetime Emmy Awards appearance this coming weekend. Season 7 garnered no less than 22 nominations, the most of any show from the 2017-2018 television season. And if the word of costume designer Michele Clapton is anything to go on, Season 8 will be just as spectacular. Her hints about Dany's Game Of Thrones Season 8 costume have fans speculating that more changes for the Mother of Dragons are afoot.

The Emmys are one of the largest awards ceremonies of the year. There are 122 categories in all, of which 27 are given out at the Primetime Emmy categories. Meanwhile, the other 95 are given out over two nights the weekend previously, known as the Creative Arts Emmys.

Those Creative Emmys were held last weekend. Game of Thrones had 15 of their 22 nominations in this set, of which it took home 7, including a win for designer Michele Clapton in the Outstanding Fantasy/Sci-Fi Costumes for her work on the penultimate episode of Season 7, “Beyond the Wall.” It is her fourth win for her work on the program.

Before the ceremony, Clapton spoke to The Hollywood Reporter’s fashion site Pret-a-Reporter, mostly focusing on equality in the industry. But she admitted her favorite costume from Game of Thrones so far came from the episode which got her the nomination, Dany's white fur coat.

But this may not last as her favorite since Dany's outfits are always changing. Hinting at what the Mother of Dragons will be wearing next year, Clapton said:

When we see her now, she’s starting to wear the colors of her brother. What does that say about her?

Daenerys actually has two brothers in the show. There's Viserys (Harry Lloyd), who viewers met in Season 1, and then there's also Rhaegar (Wilf Scolding), who viewers finally saw for the first time in flashbacks last season. But though Pret-a-Reporter confirms Clapton means Viserys, in truth, both characters wore the same outfit.

These two moments pictured are also the moments of their greatest mistakes. Rhaegar marries Lyanna Stark in this outfit, dooming the 300-year reign of the Targaryen dynasty. Viserys is wearing it out in the desert, where he will soon die at Khal Drogo's hand.

If Dany is going to find herself in an outfit matching the same ones as her two brothers, will it also be at the moment of her greatest mistake? Is that what Clapton could be alluding to?

Or perhaps, Dany wearing the colors of the Targaryen house is due to discovering Jon Snow is also a Targaryen. By dating within the family, she has proven herself the true heir to her family's name. It would only make sense she wears the Targaryen crest as she fights for the living.

Whatever it means, viewers cannot wait to see Dany's newest look. Game of Thrones Season 8 will arrive on HBO sometime in 2019.

More like this
This 2021 'Game Of Thrones' Season 8 Trailer Is So Confusing... & So Good
By Ani Bundel
5 Facts About Courtney From 'The Circle' Season 2
By Dylan Kickham
Sydney Sweeney’s Hint About Cassie In 'Euphoria' Season 2 Will Make You Nervous — EXCLUSIVE
By Abby Monteil
Stay up to date