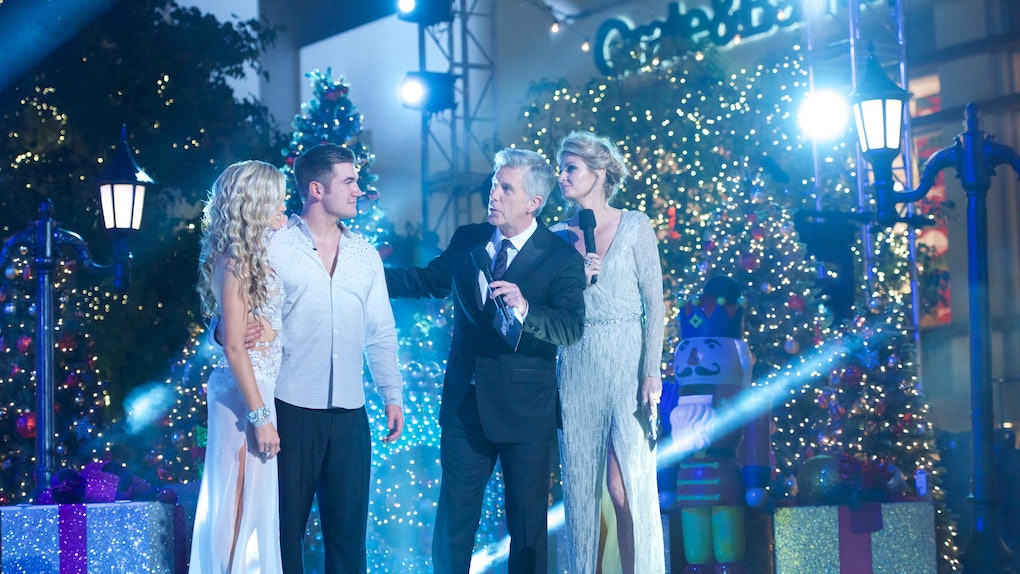 Dancing With the Stars is switching things up for Season 29. On July 13, word hit social media that the show had officially asked its two longtime hosts to leave the show. That's right, Tom Bergeron and Erin Andrews are leaving Dancing With the Stars, meaning they won't be a part of the show's new "creative direction."

Bergeron has been a host of ABC's Dancing With the Stars for more than 400 episodes since his start in 2005. Andrews began co-hosting the dancing competition in 2014. Prior to becoming a co-host, Andrews competed as a contestant in 2010.

News of Bergeron's departure came via a July 13 tweet, in which he announced the network had let him go. "Just informed @DancingABC will be continuing without me. It's been an incredible 15 year run and the most unexpected gift of my career. I'm grateful for that and for the lifelong friendships made. That said, now what am I supposed to do with all of these glitter masks?" his tweet read.

After the Bergeron's social media announcement, ABC and BBC Studios issued a joint statement that praised the host for his work on the show and explained the series wanted to make some changes to the show in its upcoming season.

“Tom Bergeron will forever be part of the Dancing With the Stars family. As we embark on a new creative direction, he departs the show with our sincerest thanks and gratitude for his trademark wit and charm that helped make this show a success," the statement read.

The same statement went on to announce Andrews was also removed from the show. "Erin will also not be returning, and we appreciate all that she brought to the ballroom," the statement read. "Fans have been rooting for her since she originally competed as a contestant back in 2010, and her signature sense of humor has become a hallmark of the show."

Andrews responded to the news in a text post on Instagram, in which she expressed her gratitude for her time on the show.

More than just the hosts will be changed for Season 29. As the coronavirus pandemic continues to make filming challenging, ABC Entertainment president Karey Burke told Deadline that producers have been figuring out how to make the show with post-coronavirus regulations in place, with the U.S. team taking notes from other DWTS productions worldwide. "I am blown away by the ingenuity and the care which [the producers] are producing it,” Burke said. “We are bringing all of those innovations to the American broadcast. I’m really confident in their plan.”

Dancing With the Stars airs on Mondays on ABC. A specific premiere date for Season 29 has not been announced. As of now, the only confirmed contestant is former Bachelorette Kaitlyn Bristowe.