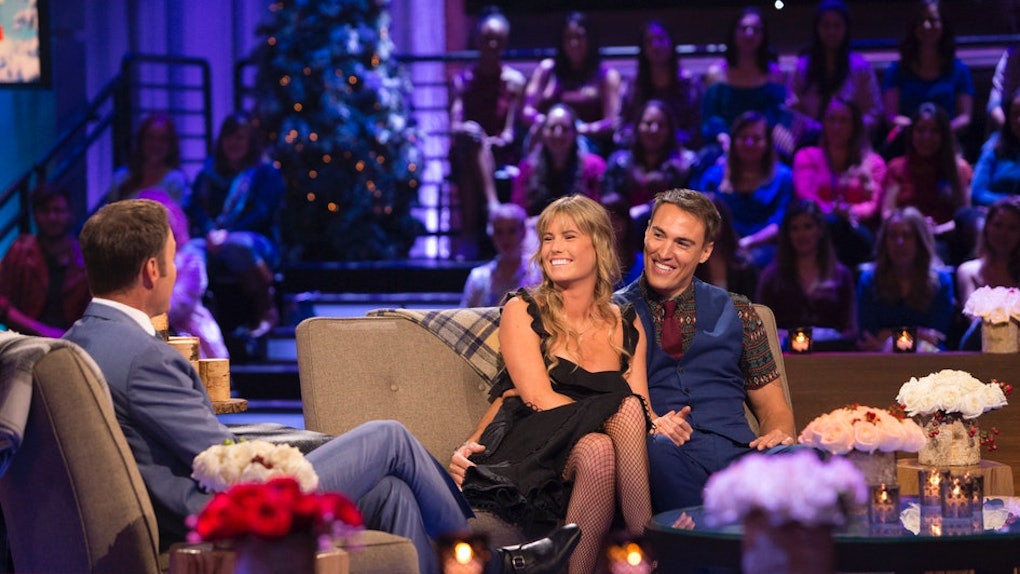 Courtney & Lily From 'Bachelor Winter Games' Broke Up, But Their Message Is So Sweet

Wish i didn't have to do this... Unfortunately it's the world we live in, so here it is. There's probably not many of you who'll understand this or even be able to relate, but Lily and i have chosen not to end our relationship but to continue it as mates.

Apparently, Courtney and Lily felt like they couldn't be their best selves with each other, which is really unfortunate. Here's how Courtney described the reasons behind their breakup:

We're best friends and its become clear to both of us that the emotional side of our relationship just doesn't allow us to be the best versions of ourselves. Perhaps in a world where there are no distractions, no life obstacles, nothing else mattered and looking into the future wasn't even a thought, things might be different... but that's not reality and we've decided that this is for the best.

In addition to his message, Courtney also posted a deleted scene of himself and Lily from when they first met. Have a look:

In reflecting on the moments in the video, Courtney wrote:

This video captures us. My crappy humor, our vulnerability, your witty replies, our many similarities including drinking beers from shoes but most of all the moment we both took a chance with each other. In my eyes this was the moment our relationship began, 8 months, 2 weeks and 2 days ago. Man time flies... I love ya kid.

Lily posted a message that was more or less in the same vein. She waxed poetic sentiments about what a great guy Courtney is and how special their relationship was:

Court is a bloody good man, every fiber of his being. He is possibly the most high functioning man I have ever met for someone who has a diet of 98% street van tacos. He’s good with his hands, he gets worried if I’m cold, puts together a solid peppermint tea, average joke teller, lives pretty well with a full force caffeine addiction, doesn’t mind being the little spoon, froths a peanut M&M, will talk shit about other people houses with me. It makes my eyes leak a little bit but myself and Court have decided to split on mutual terms. I love Court with every ounce of my being, that long limbed f*ck will be a part of my life for a very long time.

Lily also posted a video of the two of them from the show. Here's what she posted:

As heartbreaking as this whole situation is, it's really nice to see them both treating each other respectfully during such a difficult time. They clearly have the utmost respect for each other and that's an amazing thing to see. What a beautiful relationship they had. I'm sure it'll morph into a really wonderful friendship that they'll both cherish.