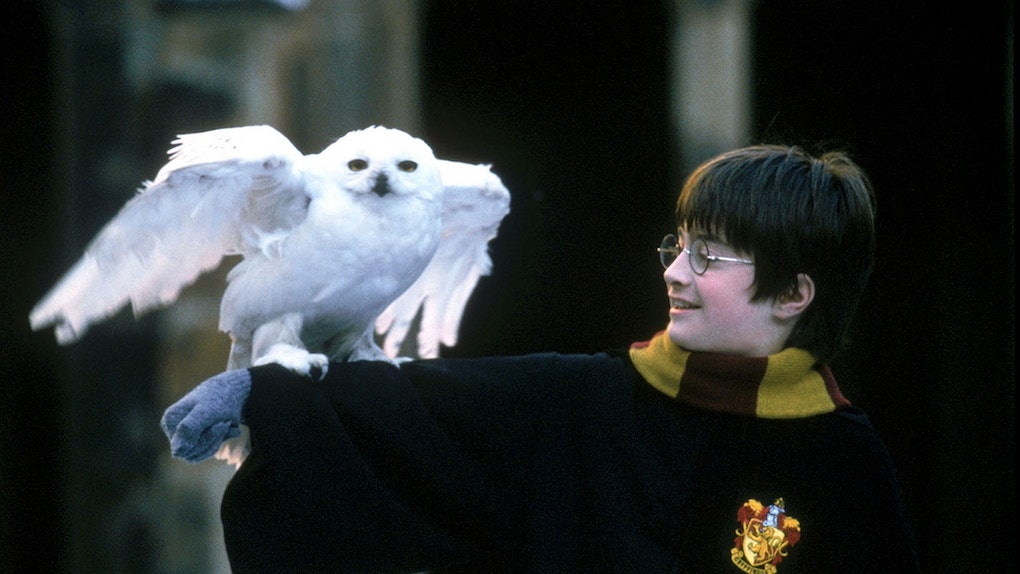 Could You Have A Kid Like Harry Potter? A Duke Biologist Revealed The Magical Genetics

It's a sad truth every Potter fan has to accept when the 11th birthday comes and no owls arrive to visit with the invitation to Hogwarts. Magic just isn't in their blood. But has anyone ever stopped to wonder why they weren't born magical? What is it about the genetic disposition of a Weasley that makes their family full of wizards and another family, like the Grangers, full of dentists? Even if you didn't get your letter to Hogwarts, could you have a kid like Harry Potter?

Wonder no more, because the Potter fandom is so vast that it even includes biologists, whose entire job is the study of genetics. At AwesomeCon in Washington, D.C. this past weekend, March 31-April 1, Dr. Eric Spana explained to a room overflowing with wizarding world fans how the biology works.

When it comes to wizarding genes, Dr. Spana explained, the proof of the wizarding gene being dominant is actually in Hagrid's story. The books establish that giants, despite being magical creatures, cannot actually perform magic. So for Hagrid, the son of a giant and a wizard, to be magical, the wizarding gene must be dominant, inherited from his father.

That means wizards can carry recessive, non-magical genes for generations without ever having a non-magical child since as long as there is one wizarding gene, the child will be able to perform magic. But it also explains the society's intense pressure to intermarry among other wizards, as marrying out to non-magical muggles would create a larger wizarding population that would be harder to keep on the down-low from regular society. (It also means that if, say, Jacob and Queenie from Fantastic Beasts wind up getting together and getting married, their children are quite likely to be magical themselves.)

So, other than getting very lucky and falling in love with a wizard or a witch, what are the chances of your own tyke getting that magical Hogwarts letter you never received? That's where the Dr. Spana brought up the concept of "de novo."

Fans of Jessica Jones will remember "de novo," which was a bit of a red herring in Season 2, where the idea of sudden genetic mutation occurs. In Jessica (and her mother), their de novo moments happened after Dr. Karl's horrific experimentation. For the muggle population, it can happen while the baby is still gestating, but take years to reveal itself. (Especially if the parents don't know what to look for.)

Hermione is perhaps the most prominent example of a de novo magical child, but she's not the only one. Lily Potter was one in her generation. In fact, there seem to be quite a few of them, but Dr. Spana's study of the novels pinned down a curious fact — Rowling only seems to add one or two per book, aka one to two de novo children per year.

Assuming then that every muggle child lucky enough to receive a magical invitation accepts in shock and joy (these families are not like the Gaunts who think homeschooling an option), Dr. Spana did the math as one to two children per year per the population of the United Kingdom (where Hogwarts draws their attendance.) That put the odds of having a magical child from two non-magical muggles in the same league as winning the Powerball.

This means those like Hermione are basically in the same league as lottery winners. But then again, I think we can all agree getting to go to Hogwarts would be the educational equivalent of winning the lottery.

More like this
Barack Obama Read 'Harry Potter' To Sasha & Malia & The Story Will Make You Tear Up
By Rhyma Castillo
The 'Space Jam: A New Legacy' Trailer Will Bring Back All Your Childhood Memories
By Cianna Garrison
Where Is The 2021 Oscars Ceremony Being Filmed? The Location Is So Different
By Umber Bhatti
Stay up to date