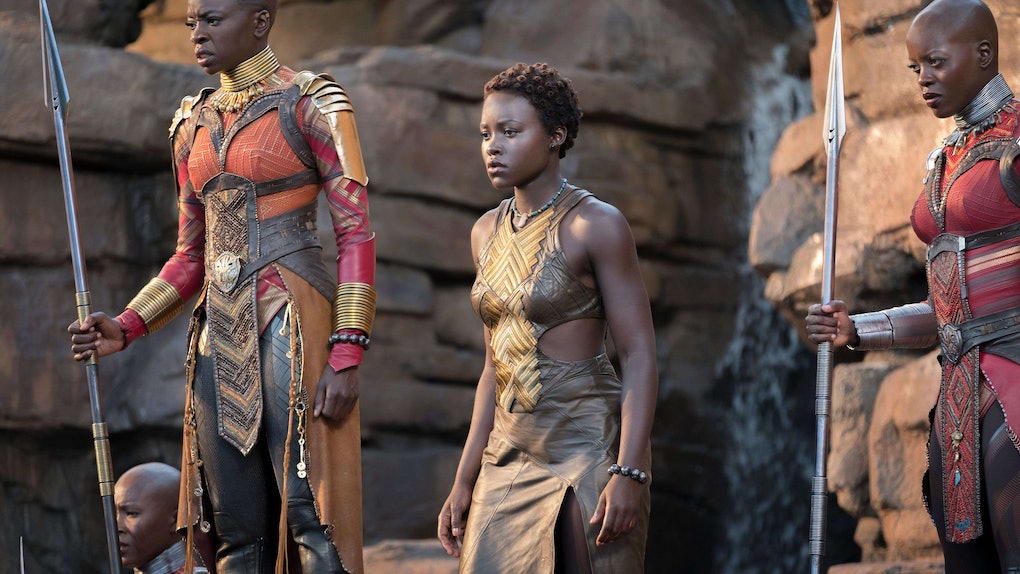 Could An All-Female 'Black Panther' Movie Happen? The Director Is Totally Down

Warning: Spoilers for Avengers: Infinity War ahead. When Avengers: Infinity War ended, half the universe had disappeared with a single snap of Thanos' fingers. That included characters from across the Marvel franchises, with many characters who disappeared being the ones who were the leads. Most of the Guardians of the Galaxy were gone. Dr. Strange vanished, Spider-Man drifted off, and T'Challa the Black Panther, to the horror of Wakanda fans everywhere, turned to dust. But there was good news. His half sister, Shuri, was not shown disappearing, which means she inherits the title. Does this mean there's an all-female Black Panther movie in the not-so-distant future?

Honestly, the answer is probably not. Despite repeated attempts by the Russo brothers to insist the characters who dissipated at the end of the film are well and truly dead, and fans best get on with the five stages of grief now and get it over with, no one actually believes them.

There's another Spider-Man movie already in the works. Guardians of the Galaxy 3 is confirmed for Phase IV. And as much as some folks might love the idea of Shuri in charge of Wakanda, the chances of Black Panther 2 not starring Chadwick Boseman are none to extra-none.

But that doesn't mean the idea doesn't intrigue Black Panther's director, Ryan Coogler. Speaking at the Cannes Film Festival, Coogler was asked about the role of women in Black Panther and how strong they were. When asked if the women were as important as the male characters, Coogler didn't equivocate.

I think you could argue they are more important. There’s a whole section of the film where T’Challa is out of the movie and you’re just following the women. That’s one of my favorite parts of the movie when I watched it, and I didn’t expect that.

The director admitted that without even realizing it, he had created something so new and different he had even subverted his own expectations of the film. The whole idea excited him.

That part of the movie you feel like you’re watching something fresh and new. That part of it was exciting. We have these actresses who could easily carry their own movie. Some of them have before. We were so fortunate. I would watch a movie with them!

But would he watch a Black Panther movie that starred only them? Not only would he, but the idea of directing a spinoff that starred Letitia Wright as the Black Panther with Lupita Nyong’o, Angela Bassett, and Danai Gurira by her side seemed to tickle him no end.

Oh, man... that would be amazing if the opportunity came up. They did it in the comic book version.

Coogler is absolutely correct. This is why it's great to have a director who is so steeped in the comic book lore he's exploring. The entire concept of Shuri came about because writer Reginald Hudlin, who took over the franchise in 2005, felt T'Challa's only child status as the heir to a country was not believable. Ruling families have kids in pairs: heirs and spares.

If T'Challa's mother dies (which she does), his father would simply remarry in order to have an extra child on hand, should it be required. Hudlin then went on to imagine just that, having Shuri step up into the Black Panther role, inheriting it from her brother when he was (temporarily) killed off.

The truth is, fans aren't ready for T'Challa to pass on the mantle quite yet. After all, they just met him in February, the man should at least get his own standalone trilogy before passing on the title. (If Tony Stark gets a trilogy, so should T'Challa.) But Letitia Wright is young yet, barely 24 years old. In a few years, once Boseman's had his fill, she'll be there to take the lead on the all-female Black Panther fans deserve.