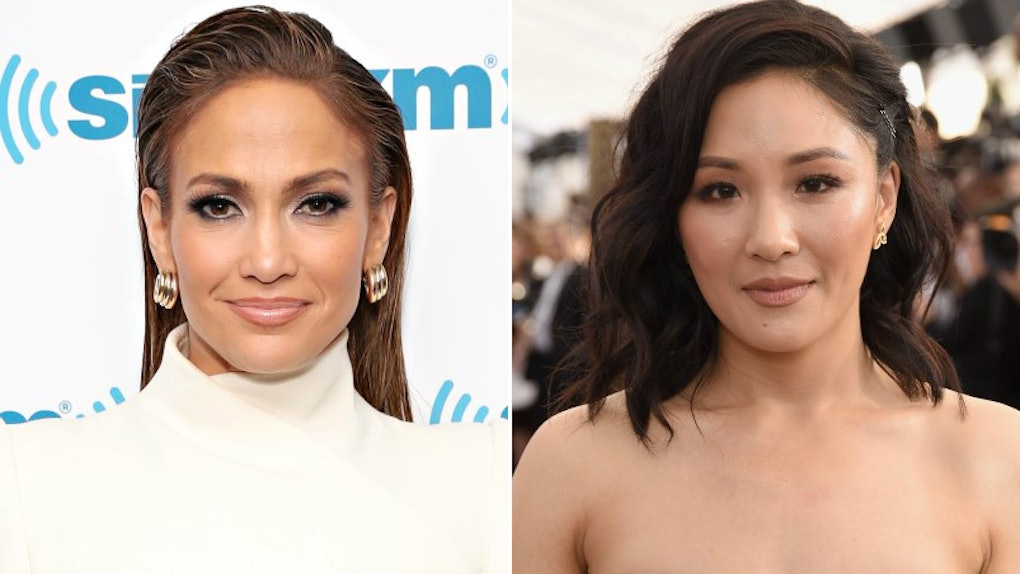 Get ready because a new heist movie is coming your way soon! Constance Wu and Jennifer Lopez are teaming up for a new film called Hustlers and trust me when I say that it sounds incredible. While the film has had its fair share of development problems over the last several months, it was finally picked up by STXInternational, so it’s officially happening! Constance Wu and Jennifer Lopez's new movie Hustlers will take some real-life elements and repackage them for movie-goers with a twist!

According to Just Jared, the movie will follow “a crew of savvy former-strip club employees who band together to turn the tables on their Wall Street clients.”

Sounds interesting, right? Well, it’s actually based on a New York magazine article called “The Hustlers at Scores” in which Jessica Pressler details the lives of “a few strippers who stole from (mostly) rich, (usually) disgusting, (in their minds) pathetic men and gave to, well, themselves.”

Yep, that sounds like the perfect recipe for a lot of fun! And I have no doubt that Wu and Lopez will give the film their all. Apparently, STX doesn’t have any doubts either, and the company’s president of international sales, John Friedberg, explained why in a statement.

“Jennifer and her team made Second Act an unforgettable experience for STX, so we’re thrilled to be collaborating again,” Friedberg said in his statement. “Jennifer and Constance’s global star power, combined with an extraordinary true story make this an undeniably hot package for our international partners.”

Lorene Scafaria is slated to direct the film and praised the people involved when production was first announced in August 2018. In an interview with Variety, Scafaria revealed her vision for the film.

“The film is an empathetic look at women and men, our gender roles, what we’re valued for, what we’ve been told is our value in every movie, TV show, every corner of culture,” Scafaria said. “Men have been told they’re worth the size of their bank accounts. Women have been told they’re worth the symmetry of their faces, their bodies, their beauty and that’s what this film is based on. The rules of the club are the rules of the world.”

Scafaria also explained that, in her mind, no one could bring life to this film quite like Jennifer Lopez.

“There is no other actor who could embody this raw and dynamic character with such complexity, humanity and intelligence,” Scarfaria said. “It’s always been her. She’s f—ing Jennifer Lopez.”

According to Entertainment Weekly, the film will take place in New York City during the late aughts when the financial crisis had just hit. The film will reportedly examine “the toll it took on the livelihood of the dancers who relied on their Wall Street clientele” with themes of “identity, loyalty, survival, and control.”

Everyone involved with this movie seems incredibly passionate about the story and about its characters. Hustlers is sure to be an interesting movie and one that will hopefully portray these women in a positive and respectful light! Can’t wait to see it!