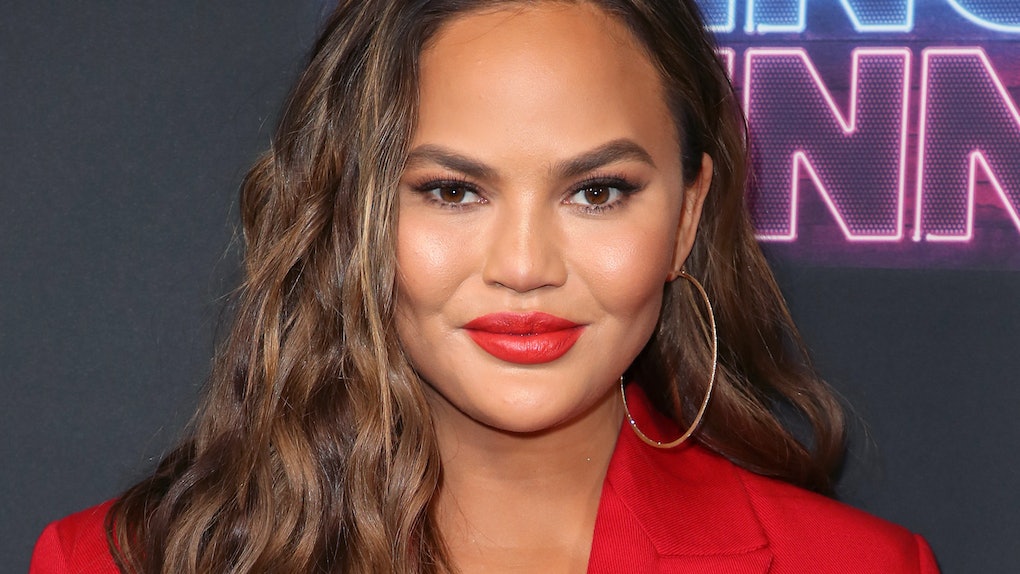 Chrissy Teigen Leaked Her Email By Mistake, But Handled It Like A Pro

Oh, Chrissy. Chrissy, Chrissy, Chrissy. I hope you never change. Chrissy Teigen had a major social media flub on Twitter. We're not talking some kind of funny typo here. Homegirl literally shared her email address on Twitter. As a wise man once said: Yikes. That's all sorts of bad. But did Teigen let this flub get her down? No! Did she take down the tweet that had her email in it? Yes! But her spirits were the opposite of down! In fact, Chrissy Teigen leaked her email by mistake, and her reaction to it was just as funny as the fact that she accidentally tweeted her email.

The flub happened on Sept. 17, when Teigen posted a funny photo from Bring The Funny finale. She tweeted a photo of her and Bring The Funny host Amanda Seales wearing similar outfits and said,

lolll @amandaseales and I had this thing where we always unintentionally wore the same clothes everywhere. So this time I was like 'ok there's no way she will also have a padded shoulder printed mini blazer dress' and yet.

The photo showed Teigen's computer screen, which included her email address at the top of the screen. She realized the horrible mistake she had made and deleted the tweet, but it was too late. Fans had already saved her email address.

Naturally, she tweeted her response.

"F*ck I posted my email address lmao," she said.

What followed could have gone much worse, all things considered. People started FaceTiming her nonstop. She wasn't answering any of them, but the calls kept coming and coming, so she decided to answer one.

"Oh my god people are FaceTiming me. was 100% sure this would be a penis but nope just a nice stranger," Teigen said in her tweet. The video of her and a fan FaceTiming is so pure, though. She and her mother, Pepper, spoke with a fan named Ricardo, and Ricardo seemed hella nice! No creepy things happening here! Just a respectful convo between three people! Ya love to see it.

People continued to FaceTime her after that, though. Teigen posted two more videos of the calls coming in, her dread building with each call.

She revealed in another tweet that she eventually fixed the problem.

"Everything disabled and changed emails. But I love you guys and thank you for the kind words lol," she tweeted.

One response to a fan's tweet after this whole ordeal revealed this wasn't the first time she's accidentally leaked her private contact information.

"I always wondered how celebrities handled this. Especially back in the '80s when all we had was phone numbers," the fan's tweet read.

"Not as bad as when I published my phone number on my dog's collar in my cookbook," Teigen tweeted back.

Chrissy! Might I suggest you hire a personal copy-editor to help you prevent these things from happening? I could be available! I love L.A.! Let me know, girl.

More like this
Chrissy Teigen's Tweet About Celebs Like Ben Affleck Being Creepy On Dating Apps Is So Real
By Sydney N. Sweeney
Billie Eilish's Response To Haters Of Her 'British Vogue' Cover Makes A Powerful Point
By Cianna Garrison
Britney Spears Fans' Tweets Reclaiming Justin Timberlake's May Meme Offer Alternatives
By Cianna Garrison
Stay up to date