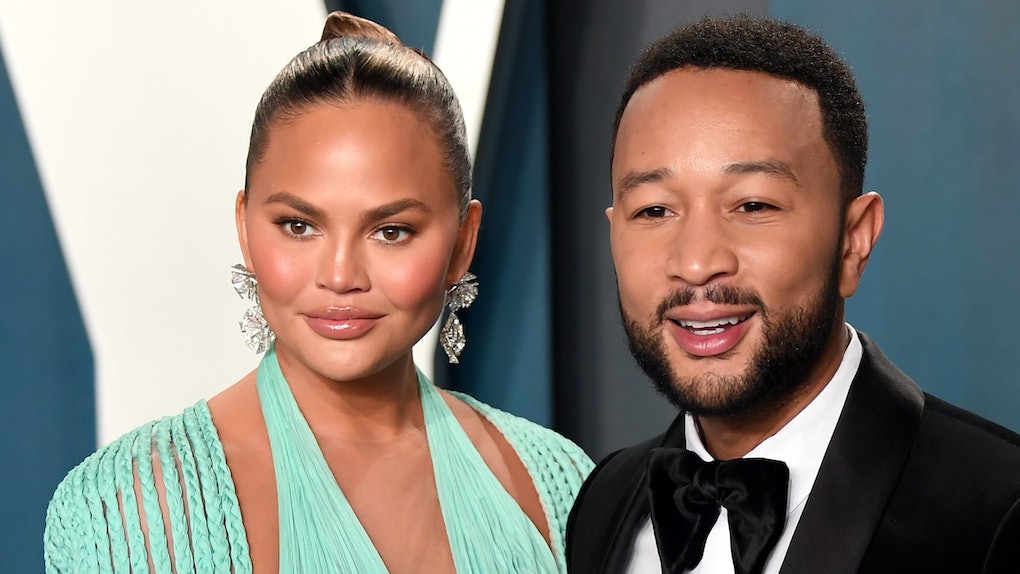 It's a known fact Chrissy Teigen is one of the most outspoken stars on social media. Besides always having a clapback ready for haters who diss her, she's incredibly vocal about her political views, pregnancy experiences, and all-around life as a celebrity. In Marie Claire's Fall 2020 issue, Teigen admitted she's privileged because of her large platform, but that doesn't mean she never faces racism. For example, a decade ago, Chrissy Teigen and John Legend were racially profiled while driving in Virginia, and it made a huge impact on her.

In 2010, the couple was heading to Fredericksburg, Virginia, when they noticed two white men were following them. "We were in a nicer neighborhood at night, driving slowly, looking for John’s godmother’s home. These two guys were in a pickup truck slowly tailing us, flashing their lights and trying to speak to us," Teigen began.

"They literally said, ‘Get your asses out of here!’ and proceeded to follow us all the way into her driveway. They got out of the car and stared at us as we knocked on the door and went inside," she explained. "It was horrifying and could have gone wrong so quickly."

Teigen said the encounter taught her a huge lesson. "That was my first taste of seeing what happens to Black men everyday," she said. "I was sobbing afterward for hours, and I noticed John wasn’t emotional about it. Seeing that he wasn’t very thrown by it was really upsetting because he obviously had experienced it before."

As a mother, Teigen often thinks about how to explain racism to her kids. "We just try to talk to them like little adults, saying it in words they'll understand, making it known that it's very serious, and letting them ask as many questions as they need," she explained.

Teigen tries her best to help her children learn, but she's aware she can't teach them everything. "When it comes to them being treated differently because of the color of their skin, I'm going to look to John for a lot of help with that because while they are Asian and white too, their skin color is Black," she said.