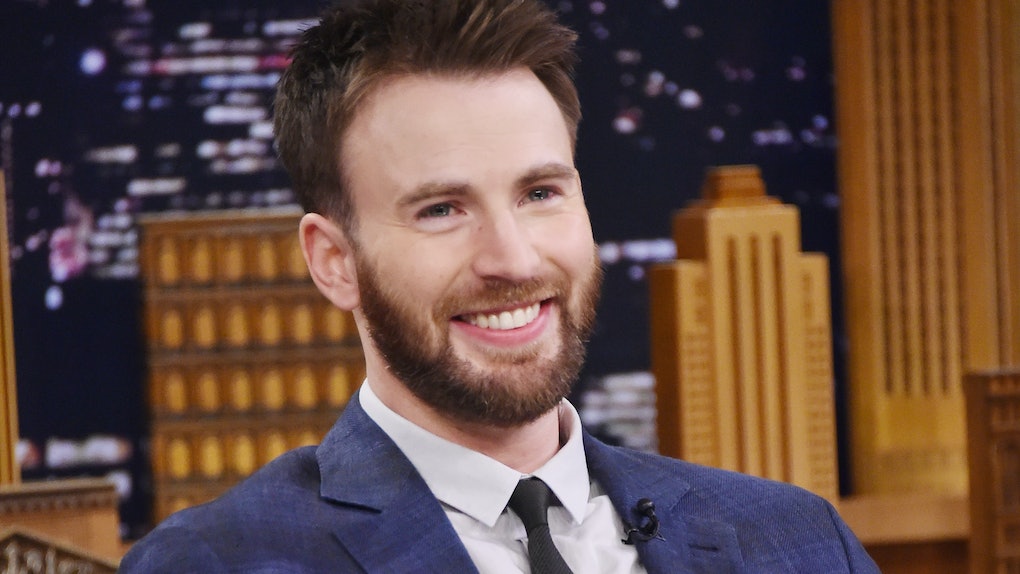 Chris Evans' Tweet About Ending His 'Captain America' Role Is So, So Emotional

It's almost time to say goodbye to Captain America. Well, at least Chris Evans' portrayal of the comic book superhero. You never know who Hollywood will cast down the line... Avengers 4 recently concluded filming Chris Evans' Captain America scenes, which means the actor will no longer be slipping into the famed red, white, and blue suit he's donned for almost a decade. Although his time with the franchise is over for now, Chris Evans' tweet about ending his Captain America role proves just how grateful he is for the career-changing experience. He took to Twitter on Oct. 4 to share:

Officially wrapped on Avengers 4. It was an emotional day to say the least. Playing this role over the last 8 years has been an honor. To everyone in front of the camera, behind the camera, and in the audience, thank you for the memories! Eternally grateful.

Chris' initial portrayal of Steve Rogers kicked off in 2011's Captain America: The First Avenger. He's appeared in eight Marvel movies since then (some of his stints were quick cameos) and has become a favorite Avenger to many fans of the franchise over the years.

Chris' exit is an understandable blow for Marvel audiences, but don't shed tears just yet. The yet-to-be-titled Avengers 4 hasn't even been released , so there's still another chance to see his Cap on the big screen. A lot of Cap, to be exact. According to screenwriter Christopher Markus' comments to the New York Times, both Captain America and Black Widow “have a much bigger role to play in that second film.” Whether that means Evans' character meets a tragic fate or not is still unconfirmed.

“You want to get off the train before they push you off,” Evans told the New York Times in March. He explained to Ellen in 2017 that his contract only extended through 2019's Avengers 4.

Here's the bright side to Chris' departure: audiences should feel lucky they could even catch him in the role in the first place. He revealed back in 2016 that he originally turned down the job because of the massive commitment. Evans told Jimmy Kimmel:

I was scared. Because, at first, it was a nine-picture contract, and there are parts of me that have a little bit of social anxiety with this industry. Doing movies one at a time, if all of a sudden you decide you don’t want to do them anymore, you’re afforded the opportunity to take a step back and recalibrate. When you have a giant contract, if all of a sudden you’re not responding well, too bad, you gotta suit up again. That was scary.

Even with all those Marvel duties, Chris has managed to take on a handful of versatile acting gigs over the last few years in films such as Snowpiercer, Gifted, and Before We Go. He even had time to star in Kenneth Lonergan's play Lobby Hero on Broadway this past spring. In addition to a healthy slate of films on the horizon, he'll star in the Apple series Defending Jacob.

More like this
Lizzo's TikTok About DMing Chris Evans On Instagram Is Truly Hilarious
By Abby Monteil
Chris Evans' Response To Lizzo's Drunk DM Was Absolutely EVERYTHING
By Michele Mendez
17 Tweets About Simu Liu In The 'Shang-Chi' Teaser, From Proud 'Kim's Convenience' Fans
By Dylan Kickham
Stay up to date