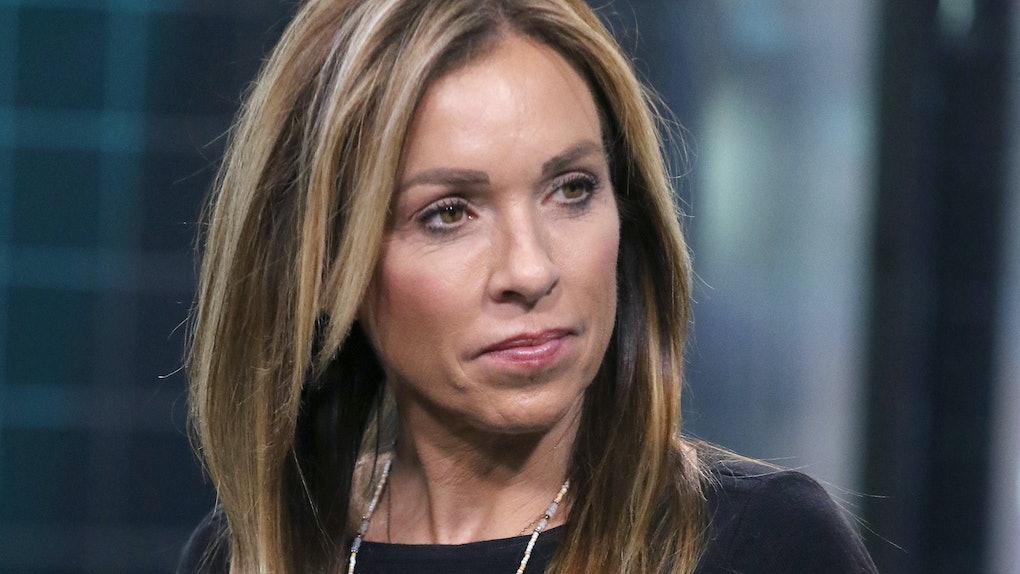 Fans are in shock after Cheer star Jerry Harris was arrested for allegedly producing child pornography on Thursday, Sept. 17. Elite Daily reached out to Harris' team for comment but did not hear back by the time of publication. Now, Cheer coach Monica Aldama has posted an Instagram about Jerry Harris' arrest, putting words to many difficult feelings.

"My heart is shattered into a million pieces," Aldama shared in her Instagram post. "I am devastated by this shocking, unexpected news. Our children must be protected from abuse and exploitation, and I'm praying hard for the victims and everyone affected. Please respect our privacy as our family mourns during this heartbreaking time."

As the coach of the Navarro College cheerleaders, Aldama is portrayed in Cheer as a strong leader and sort of mother figure. She's currently appearing on this season of Dancing With the Stars. Earlier in September, Harris appeared on Good Morning America to deliver one of his famous pep talks to Aldama ahead of her debut on the show.

Aldama was the first from the Netflix docuseries to speak out about Harris's arrest. Later on Sept. 18, Harris' teammate Gabi Butler posted on her own Instagram account, saying, "Like most of you, I am shocked, dismayed, and deeply saddened by the recent news concerning my friend and former teammate Jerry Harris." She continued, "Ever since I heard the news I have gone back and forth between sobbing uncontrollably and trying to wrap my head around why something like this could happen." Butler also said she had no prior knowledge of the alleged incidents.

Harris was charged with one count of producing child pornography on Sept 17, according to The Chicago Tribune. He allegedly contacted a 13-year-old boy on social media in December 2018 and asked for sexually explicit photos and videos. The boy allegedly sent 21-year-old Harris more than a dozen explicit pictures of himself between then and March 2020. Elite Daily reached out to Harris' team about this report, but did not hear back.

This arrest follows an FBI investigation into Harris's home, which was prompted by a separate set of allegations from the family of teenage twin brothers in Texas, who accused Harris of “sexual harassment, exploitation, manipulation, intimidation, and sexual abuse.” The family reportedly filed a lawsuit against Harris in relation to those allegations on Sept. 14. Harris' team denied the allegations in a statement made on the same day.

A spokesperson for Harris spoke to ABC News and said, "We categorically dispute the claims made against Jerry Harris, which are alleged to have occurred when he was a teenager. We are confident that when the investigation is completed the true facts will be revealed."