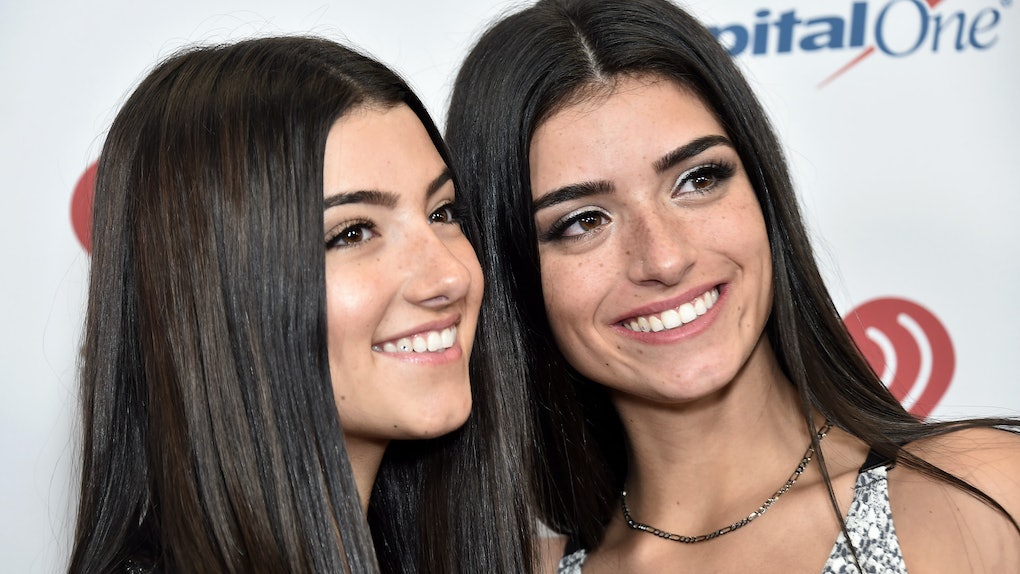 The first episode of Dinner With the D'Amelio's definitely didn't go as planned. After the series kicked off on Monday, Nov. 16, viewers criticized Charli and Dixie D'amelio for being disrespectful toward their private chef, Aaron May, who's appeared on several Food Network programs over the years. During the 16-minute clip, the sisters gagged after noticing a snail in their food and, at one point, Dixie even went outside to throw up, causing Charli to ask for "dino nuggets" instead. Fans called the stars "spoiled" for not appreciating their luxurious meal, which many people can only dream of having. Now, Charli and Dixie D'Amelio's responses to backlash over being rude to their chef are here, and they're a lot to take in.

First, Dixie addressed the situation in an Instagram comment, explaining it was all a misunderstanding. "Chef Aaron May is a close family friend and we love him and everything he does. I am so grateful for everything I am given and every opportunity I have. He was standing behind the camera telling me to eat a snail knowing I would have a reaction. In no way would I ever want to come off as disrespectful because it was all jokes," D'Amelio wrote, saying she has a "sarcastic sense of humor" and went along with it.

Dixie then made a TikTok showing some of the hateful messages she's been receiving since the video was uploaded. The star said before anyone comments about her online, they should get the "full story" about what happened. "I would never in any way want to be taken as disrespectful, especially from an out-of-context, 15-second clip." Dixie said. "My team knows I throw up a lot. I throw up at the smell, the thought or the taste of anything, so when they saw the snails, they were like, ‘Oh, let’s get her and try to see if we can get a reaction out of her.'"

On Thursday, Nov. 19, Charli went on Instagram Live to clear things up, too, explaining it was all "completely blown out of proportion."

"You can hate on me for whatever I've done, but the fact that all of this is happening because of a misunderstanding, I just feel like that's not OK," Charli said with tears in her eyes. "If this is the community that I'm in and the community I put myself in, I don't know if I want to do that anymore."

The second episode of Dinner With the D'Amelio is still planned to drop some time next week.